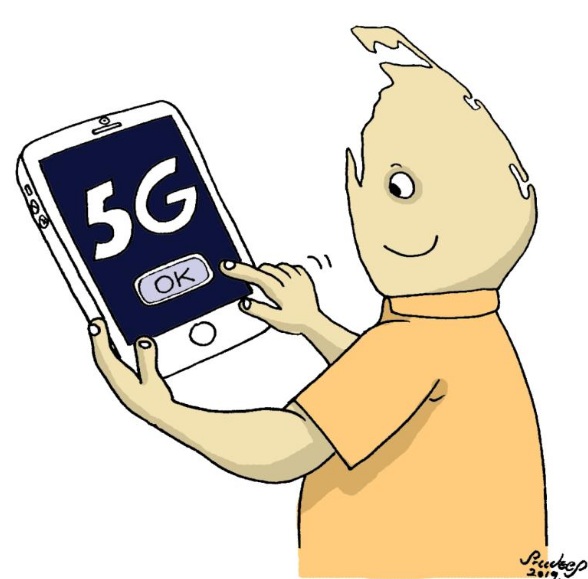 The future of technology in Sri Lanka is 5G. While successive governments have considered expediting the process to have 5G technologies around the country, the process never really got moving.

Now, the new Government has assured it will clear all barricades to facilitate the rollout of 5G in Sri Lanka. However, fears have arisen of China abusing 5G technology in Sri Lanka and other countries. There are also health concerns linked to 5G – concerns which Huawei, the major 5G technology provider, strongly dismissed.

The Sunday Morning learnt that concerns over Huawei and 5G had been raised with former Cabinet Minister of Telecommunications, Foreign Employment, and Sports Harin Fernando, when he was in office, by some diplomats based in Sri Lanka.

When contacted, Fernando confirmed that some western diplomats had raised concerns with him, particularly with relation to cybersecurity. However, he noted that Sri Lanka depended a lot on Chinese technology, so it could not simply reject it.

The former Minister, however, noted that after careful analysis, it was found that most of the concerns related to Sri Lanka were not concrete enough to act upon.

Two weeks ago, as reporterd by The Sunday Morning last week, Sri Lanka figured in key talks held between top officials of the US and India in Washington.

Following the talks, Pompeo said that they discussed the risks that Chinese-built communication networks, including 5G, pose to their treasured freedom.

The Council of the European Union had recently determined that while 5G technology was important for the European Union (EU), the profound changes that 5G technologies will bring to the networks, devices, and applications, and the increased security concerns related to the integrity and availability of 5G networks, in addition to confidentiality and privacy, make it necessary for the EU and member states to pay particular attention to promoting the cybersecurity of these networks and all services dependent on electronic communications.

Concerns over 5G in Sri Lanka came out more strongly in an unexpected part of the country – Jaffna. While Colombo is seen as the tech hub of Sri Lanka, very few people expected concerns to stem from Jaffna.

Protests were staged in Jaffna last July against what the public feared were 5G towers being erected in the area. The protesters claimed that the towers were erected as light posts but were later found to be 5G transmission towers.

A case was also filed in Jaffna against any move to establish 5G towers in the area. This case was filed against the Jaffna Municipal Council, accusing it of being involved in moves to erect 5G towers in Jaffna.

However, Huawei Sri Lanka insisted that 5G was only being tested in Colombo so far, and not Jaffna.

An official from Huawei Sri Lanka told The Sunday Morning that Dialog and Mobitel were the two service providers testing 5G in Sri Lanka and the testing had been conducted only in Colombo.

“As far as we know, 5G has not been tested in Jaffna. So we really don’t know what these towers people are concerned about are, and how they assumed it was 5G,” an official from Huawei Sri Lanka said, on the condition of anonymity.

There are concerns that the infrastructure used for 5G would result in radiofrequency radiation that can damage DNA and lead to cancer, cause oxidative damage that can cause premature aging, disrupt cell metabolism, and potentially lead to other diseases through the generation of stress proteins.

However, Huawei Sri Lanka dismissed the concerns saying they are baseless and not scientifically proven.

Huawei and the Chinese Government

Huawei also dismissed claims that the company was managed by the Chinese Government and could be used by China to spy on Sri Lankans.

“We are a private company and not managed by the Chinese Government. We are also a global company and not a Chinese company as such,” Huawei Sri Lanka Director – Public Relations Christopher Li told The Sunday Morning.

Li also noted that Huawei had been in Sri Lanka for the past 20 years and had enjoyed the fullest support of successive local governments.

Chatham House, a leading global policy institute, stated that there were credible allegations that Huawei had benefitted from stolen intellectual property and that it could not thrive without a close relationship with the Chinese State.

However, Huawei hotly denied the allegations that users were at risk of its technology being used for state espionage and said it would resist any order to share information with the Chinese Government.

“Cybersecurity is a priority at Huawei. Our operating system source code is transparent and open to select stakeholders. We also ensure the privacy of the user is protected,” Li said.

But Chatham House said there were questions over whether it could really resist China’s stringent domestic legislation which compels companies to share data with the Government. And given China’s track record of using cyberattacks to conduct intellectual property theft, there may be added risks of embedding a Chinese provider into critical communications infrastructure.

In addition, China’s rise as a global technological superpower has been boosted by the flow of financial capital through government subsidies, ventures, and private equity, which reveal murky boundaries between the State and private sector for domestic dealings. Meanwhile, the Belt and Road Initiative has seen generous investment by China in technology infrastructure across Africa, South America, and Asia.

“There’s no such thing as a free lunch or a free network – as Sri Lanka discovered when China assumed shares in a strategic port in return for debt forgiveness, or Mexico when a 1% interest loan for its 4G network came on the condition that 80% of the funding was spent with Huawei. Aside from intelligence and geopolitical concerns, the quality of Huawei’s products represents a significant cyber risk, one that has received less attention than it deserves,” Chatham House said.

With growing concerns, US company Google has already slashed links with Huawei, resulting in new Huawei phones not being preinstalled with Google apps. However, Huawei revealed that it had plans to replace Google apps with its own native version of similar apps.

The Huawei apps would include similar apps as Google maps, a popular map service in Sri Lanka and around the world.

“We are keen to work with Google, but if the issues are not resolved, we will have our alternative in place,” another Huawei official in Sri Lanka, who did not wish to be named, said.

November 8, 2020 byCharindra No Comments
The newly established Parliamentary Council (PC) is to deliberate the proposed new appointees to the Supreme Court (SC) when it meets next.

October 24, 2021 byNews Admin No Comments
The internal clashes within the governing alliance were now out in the open, with members of the Sri Lanka Podujana Peramuna (SLPP) and those representing coalition partners openly criticising each ot