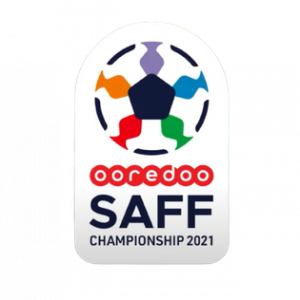 # It will be the 13th edition of the biennial tournament

# Initially, it was decided to be hosted by Pakistan in 2020, but was postponed to September 2021 in Bangladesh

# However, the tournament was postponed again to October due to the Covid-19 pandemic, with Maldives coming in as its new host 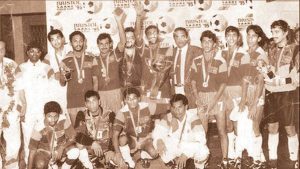 Sri Lanka squad for the forthcoming South Asian Football Championship, scheduled to be held in Maldives from 1 to 16 October

The Football Federation of Sri Lanka (FFSL) have finalised a 23-man squad for the forthcoming South Asian Football Championship, or SAFF football, scheduled to be held in Maldives from 1 to 16 October.

In preparation for the Championship, a preliminary squad entered the bio-secure bubble on 27 August at the Kelaniya Football Complex.

The final squad had no special changes except for a few forced changes in Mohamed Hasmeer, due to lack of fitness. Goal-keeper Nuwan Gimhana has been released for his Under-23 commitments while Danushka Rajapaksha has been left out due to injury.

One of the major losses for the Golden Army is Dilip Peiris, who was unfortunately left out due to a hamstring injury.

There is a maiden call up for the 24-year-old Mohamed Shifan, who was part of the national squad in the junior levels. Edison Figurado also makes a comeback while Aman Faizer comes back after missing out the World Cup qualifiers in South Korea in June.

The Sri Lanka squad left to Saudi Arabia for training two weeks before and from there, they will fly directly to Maldives for the SAFF Championship.

Marvin Hamilton and Dillon De Silva are expected to join the squad from England. Sujan Perera is set to lead the Sri Lankans while Waseem Razeek and Kavindu Ishan share duties as his deputies.

On This Day – 23 November: Happy birthday Warnaweera and Kapila Wijegunawardane

November 23, 2021 byRevatha No Comments
Memorable moments in sports on this day

Pakistan catch up with Sri Lanka in points table

December 23, 2019 byTSM Web Desk No Comments
Pakistan have grabbed 60 points for their victory over Sri Lanka in the Karachi Test to move to 80 points in the ICC World Test Championship points table at the end of the two-match series.

NCM against Prez to be debated in P’ment today