November 4, 2021 by Naveed Rozais No Comments

29 October marks World Psoriasis Day. Psoriasis, commonly called a skin disease, is a systemic chronic inflammatory disorder that speeds up the life cycle of skin cells. As a result, the body has extra skin cells which form itchy red patches and white scales on the skin. 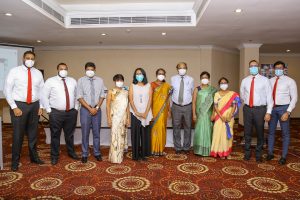 A 2008 survey conducted by the US National Psoriasis Foundation found that psoriasis is one of the most prevalent skin conditions in the world and it poses a significant burden in the day-to-day life of 71% of patients. The disease also affects the overall emotional wellbeing of 88% of them. These patients perceive that their relationship with healthcare professionals is linked not only to the management of their disease but also to their happiness and wellbeing.

As it is a skin disease, patients with psoriasis often face stigma and social isolation because of their appearance. This stigma on appearance alone can affect their friendships, their career advancement and even their prospects romantically. This is an addition to the physical burden of suffering from a recurrent skin condition that can often be painful.

On 29 October, the Sri Lanka College of Dermatologists (SLCD) together with LEO Pharma – a principle agency of Hemas Pharmaceuticals – commemorated World Psoriasis Day with a live webinar held during the annual SLCD Young Dermatologists Forum. 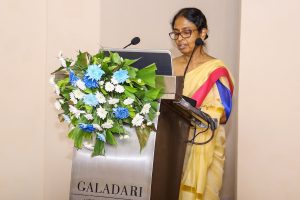 Brunch chatted with SLCD President and Consultant Dermatologist Dr. Chandani Udagedara to learn more about psoriasis in the local context.

While noting that there is a genetic predisposition involved with psoriasis, this doesn’t mean that the condition is bound to run in the family, and genetic predisposition is far from the only cause for psoriasis – some other causes of psoriasis are triggered by environmental factors like trauma to the system, drugs used to treat other illnesses, alcohol consumption, smoking, as well as obesity.

The fact that psoriasis is a long-term condition adds to the stigma behind the condition, Dr. Udagedara shared, because people think it’s incurable when in actuality, it is very easily controlled, and patients with psoriasis frequently go through long periods of remission. There is always the possibility of relapse, however, which is why it is important for patients with psoriasis to modify their lifestyle to limit psoriasis-inducing factors, including stress, which can precipitate a relapse.

Commenting on the stigma around psoriasis, Dr. Udagedara stressed that psoriasis is not a disease like diabetes or hypertension, where patients need to remain on medication indefinitely. It is a condition that is treated in short bursts as and when relapses take place.

As a college, Dr. Udagedara shared that it was very important for the SLCD to build awareness around psoriasis to educate both patients and the public, adding that for effective treatment of psoriasis, the patient needs to play as much of an active role as their doctor.

To Dr. Udagedara, building awareness is the only way to effectively overcome the stigma around psoriasis, noting that all patients with psoriasis are subject to various forms of harassment because of their condition, from schoolyard bullying to strained relationships and marriages.

As important as it is to build awareness around the condition itself, Dr. Udagedara shared that SLCD takes the building awareness around the treatment of psoriasis equally seriously, explaining that many patients do not follow treatment protocols properly which leads to more frequent relapses, especially in cases where lifestyle modification is required to avoid relapses. Udagedara also noted that in the case of severe cases where medication is required, many patients do not follow up with medications, which can have disastrous consequences in cases where medication prescribed can have adverse side-effects from long-term use.

Young dermatologists and the role they play 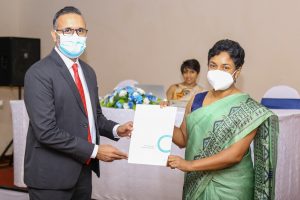 World Psoriasis Day was marked by the SLCD on the same day as their annual Young Dermatologists’ Forum, which has been held by the SLCD since 2013 in partnership with LEO Pharma. LEO Pharma, based in Denmark, is a pioneer in medical dermatology and committed to dermatology since 1962 and has a country office attached with Sri Lankan pharmaceutical importer Hemas Pharmaceuticals (Pvt.) Ltd.

Speaking on the long-standing partnership between LEO Pharma and the SLCD, LEO Pharma Sri Lanka Manager Deshai Ellawala shared that LEO Pharma and the SLCD have partnered with each other since 2013 to shed light on psoriasis, saying: “We’ve done many patient awareness activities in collaboration with SLCD during past few years to support patients in Sri Lanka by communicating that psoriasis is an immune-related disorder and it is non-contagious, where this helps a lot to manage the stigma that affects many patients who suffer from psoriasis.”

Explaining the purpose behind the Young Dermatologists’ Forum, Dr. Udagedara shared that the forum also works to inspire young dermatologists to serve rural areas and educate people on psoriasis and other dermatological conditions, giving youth a chance to make a difference.

Ellawala also shared that each year, LEO Pharma awards one of the forum’s participants a medical educational grant that allows them to travel abroad to an international scientific dermatology forum and engage with the foreign dermatology fraternity. This year’s medical educational grant was awarded to Dr. Charindu Wanniarachchi. As she was unable to attend the conference physically, that award was accepted on her behalf by SLCD Joint Secretary Dr. Deepani Munidasa.

July 5, 2020 byJennifer Anandanayagam No Comments
The Newspaper, co-directed by Sarath Kothalawala and Kumara Thirimadura opens to the public.