Sri Lanka cricket is ever indebted to ‘Killi’ 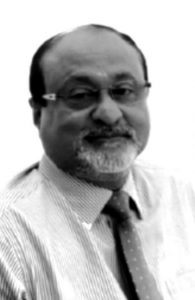 Rajandram or Rajendran Rajamahendran aka Killi Maharaja, the Chairman of the Capital Maharaja Group, passed away yesterday (25). Rajamahendran, affectionately known as Killi, passed away while he was receiving treatment for Covid-19 at a private hospital in Colombo.

One of the biggest benefactors of national cricket during the country’s formative years in Test cricket, Rajamahendran provided employment to a number of leading Sri Lanka cricketers like Duleep Mendis, Roy Dias, and Arjuna Ranatunga, among many others, during the late 1970s and early 80s.

He was also credited with instilling discipline into national cricketers and on many occasions went out of the way to encourage and financially support leading Lanka cricketers at a time the game was not professionalised.

DULEEP MENDIS ON RAJAMAHENDRAN DEMISE:
He took over the team in SL's successful 1984 tour of England (see pic).
How many cricketers he had helped.
I have no words to express how sad I am.
He's been a tremendous influence in my life.
I deeply miss him. May his soul rest in peace! pic.twitter.com/00EVwPJnHL 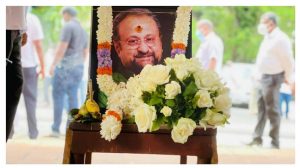 Rajamahendran, who was 79 years at the time of his demise, played a behind-the-scenes role in raising Sri Lanka as a powerful cricketing nation barely two decades after receiving Test status in 1981.

Mr Rajamahendran’s passing is very sad news he has contributed so much to Srilankas cricket in his capacity as SLC Board Vice President and gaining test status for Srilanka and supported so many aspiring cricketers. May he attain the supreme bliss of Nibbana

SL women’s cricketers are ‘sold’ Down Under

December 24, 2019 byRevatha No Comments
Novel way of exploitation in Melbourne

Sam Curran out, Tom Curran in – for England