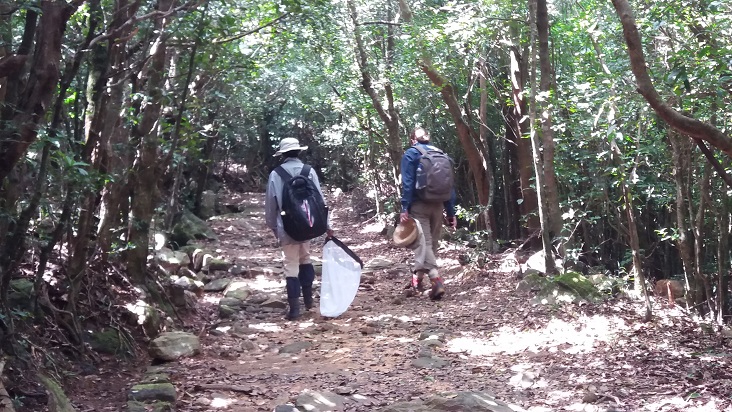 April 26, 2020 by Bernadine Rodrigo No Comments

Sasanka Ranasinghe aims to obtain her doctorate in the field of coleopterology, which is the specific study of beetles in the field of entomology (the study of insects). Although Sri Lanka is a country which is no stranger to insects, it is not often we hear about the study of these, unless in cases similar to mosquitoes being studied to understand the spread of diseases such as dengue or malaria or of beetles as they are pests in cultivation (e.g. studies such as Gunawardena and Gunatilake, 1993 and Mayadunnage et al., 2007).

Beetles, scientifically known as Coleoptera, are members of the largest order of life on Earth. According to a study by McHugh and Liebherr, 2009, they comprise 25% of all described animals and plants. However, researchers say that this is only a fraction of the actual diversity.

In Sri Lanka, as Prof. Suresh Benjamin who was involved in the research says, beetles are part of the largest animal group. The animal group is of course insects and even within that, the beetles take up a large portion.

Our country is home to about 77 species of Sericini beetles, out of which 76 are endemic to the island. This numerical value has been established as per the study conducted in 2014 by Fabrizi and Ahrens, where researchers collected data through detailed taxonomic treatment of specimens from Sri Lanka deposited in numerous museums and private collections around the world.

The importance of beetles has been highlighted many times; Ranasinghe’s researchers refer to Ritcher, 1958. Here, it is explained that the family of beetles known as Scarabaeidae – studied here – is broadly spread across rainforests. It also says that adults are mainly phytophagous (eat plants), whereas the larval stages feed on roots or are saproxylic, meaning it feeds off dead and decaying matter, and therefore play key roles in the ecosystem through wood decomposition and nutrient recycling. For all these reasons, the use of the Scarabaeidae group of beetles is helpful as a tool for evaluating biodiversity in tropical forests.

Ranasinghe’s research of course did not begin with the aim of discovering the entire new species, but they were led to it in the process. The aim of the study was to study the “biodiversity patterns of herbivore scarab chafers of Sri Lanka, with particular reference on Sericini chafers (Coleoptera: Scarabaeidae)”; that is basically to study the origins and biology of these beetles.

Prof. Benjamin said: “Beetles are an extremely important group and probably the most diverse in the island. However, as there is no active beetle taxonomist in Sri Lanka, therefore we started this beetle project in early 2019.”

This is a collaborative project between the National Institute of Fundamental Studies (NIFS), Kandy, Sri Lanka and the Zoological Research Museum Alexander Koenig (ZFMK), Bonn, Germany. 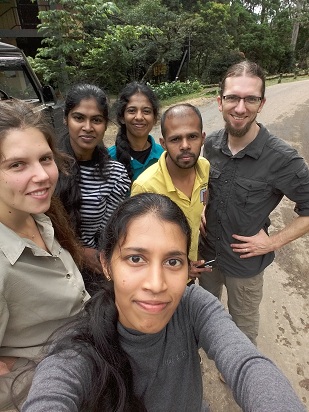 The researchers involved were Dr. Dirk Ahrens of ZFMK and Dr. Jonas Eberle (now in the University of Salzburg, Austria), while Ranasinghe and Prof. Benjamin work at both the ZFMK and the NIFS.

They commenced their first field expedition in early 2019. Sampling adult beetles in seven different localities in the Kandy, Matale, Nuwara Eliya, and Rathnapura Districts from February to March. Beetles were captured using UV-light traps, to which the beetles would get attracted and trapped in. These traps were placed at a height of approximately one to two metres above the ground and positioned at the same spot for two to three consecutive days and the light would be activated and deactivated through a timer from dusk to midnight (6 p.m. to 11 p.m.) Beetles that were attracted to the light traps were captured by transparent polystyrene plates (32 cm in width) and then fell into a container. The captured beetles were sorted, identified, and dissected in the lab. This is how they discovered some never-before-seen species amongst the collected individuals. 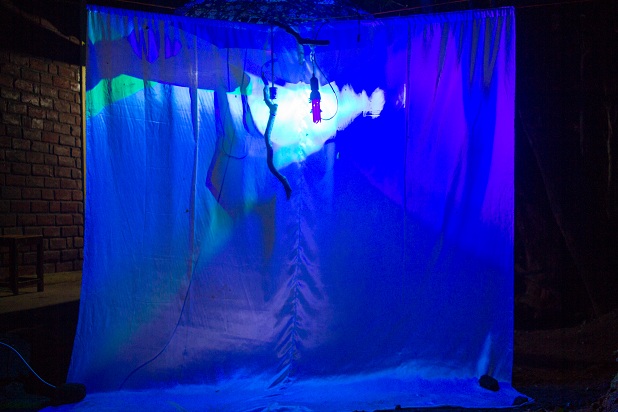 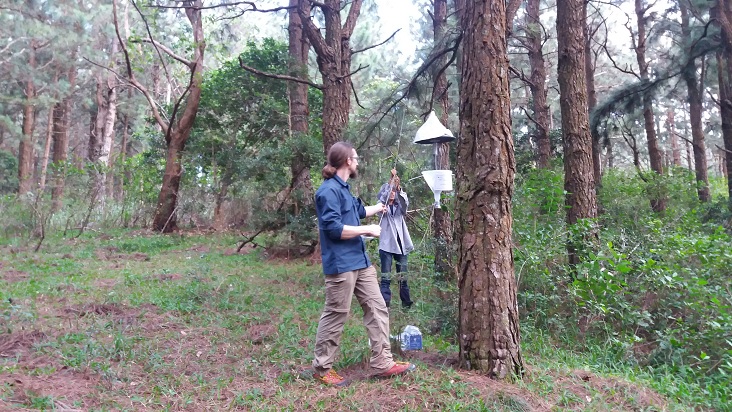 As it can be awfully difficult to simply identify these species with the naked eye, the species were primarily identified under a Wild M3Z Stereo Microscope. When it came to the males, their genitalia was dissected, photographed, and then studied. Then, they were able to discover the differences in the new species. 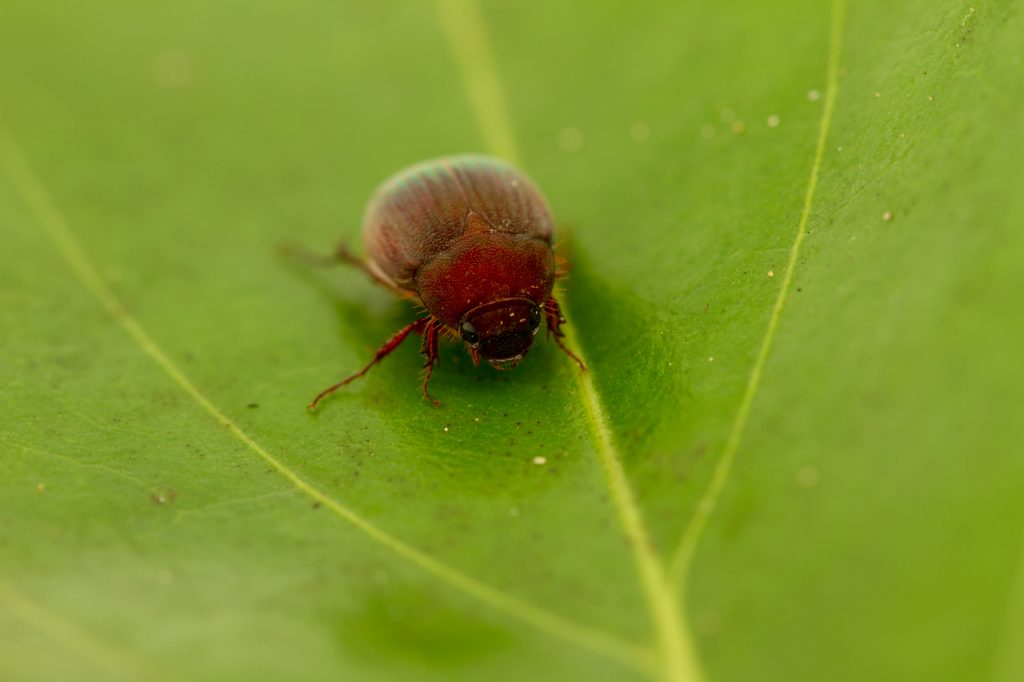 Selaserica athukoralai was a species was found in the Matale District, Riverston, and near Thelgamu Oya. Its average elevation to live in is 509 m. The creature is described as “7 mm long, oval, reddish brown, with shiny and glabrous dorsal surface”. 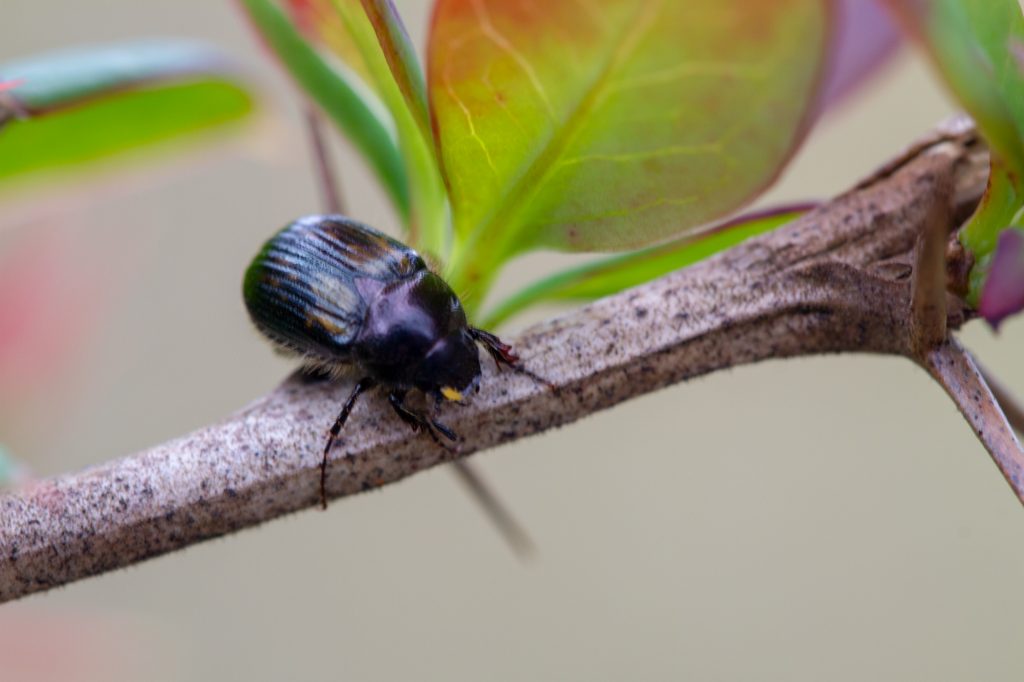 The next one, Neoserica dharmapriyai was found in the Kegalle District, Galdaththa, and Aranayake at an average elevation of 294 m. Its morphological features are described as “7.5 mm long, terribly similar to the athukoralai if not for the shiny labroclypeus and dull dorsal surface.

The Maladera galdaththana was found in the exact same location and elevation as the dharmapriyai and is “7.4 mm long, oval, dark brown, with moderately shiny labroclypeus and dull dorsal surface, with fine setae (thin hairs sometimes found on insects)”.

The last one was Maladera cervicornis, which was discovered in the Matale District, and Pitawala Pathana at the highest elevation of all the four new species – 902 m. The creature’s characteristics include being “7.2 mm long, short oval, dark brown, with shiny dorsal surface”. It has a small distinctive feature from the other beetles, which is a very unique shaping of its male genitalia – it is shaped like antlers, which is even how the animal received its name.

Latin nouns cornu (meaning horn) and cervus (meaning deer) gave the basis to what this beetle shall be called forever.

The process of naming the above-mentioned animals is certainly interesting.

This discovery is certainly interesting and also raises awareness on the surprises our island of Sri Lanka holds. “Now Sri Lanka has 81 Sericini beetle species,” Ranasinghe stated. “Our first fieldwork revealed furthermore the high amount of endemism of the subcontinent and confirmed once again how unexplored Sri Lanka is.”

The Transforming Interface of Wellness Tourism

June 18, 2020 byNaveed Rozais No Comments
A webinar organised by Cinnamon Hotels and Resorts as part of the Cinnamon Future of Tourism series

February 23, 2020 bythemorninglk No Comments
The Arka Initiative - the work continues