Sri Lanka is not the same as the Maldives

November 29, 2021 by Dimithri Wijesinghe No Comments

Speaking at the Committee on Public Enterprises MP S.M. Marikkar noted that the tourism strategy of Sri Lanka must undergo some changes, pointing out that the Maldives still account for 70% of pre-pandemic tourist arrivals, while Sri Lanka is yet to reach these levels. 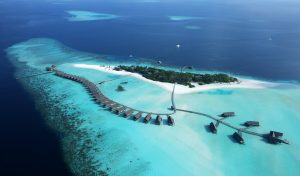 In response to the MP’s statement, Sri Lanka Tourism Development Authority (SLTDA) Chairman Kimarli Fernando stated that Sri Lanka does indeed have many lessons to learn from the Maldives, and also noted that while working with a much smaller team of fewer members in their tourism departments they are quite efficient.

She stated that we can certainly pick up a few things from the Maldives and their tourism promotion strategy, especially when it comes to targeting the elite. However, she added there’s also the fact that the Maldives has set up global agencies to promote tourism around the world, and that Sri Lanka does not have such a strategy, but Cabinet approval has been gained to set up such agencies. 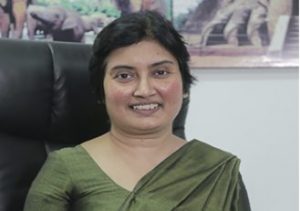 SLTDA Director General Dhammika Wijesinghe, speaking to Brunch expressed her thoughts on the matter as well, notably with regards to MP Marikkar’s comments making comparisons between Sri Lanka and the Maldives.

She said that it is not quite possible to make such direct correlations primarily because of geography. She stated that the geographical features of the two countries are incredibly different, so much so that it is absolutely incomparable when it comes to Covid-19 safety. “Over there each island is on its own, the hotels are far enough apart, so much so that they are in their own quarantine, in the most effective way,” she said, pointing out that in Sri Lanka it is a very different story: “If you go to a beach, let’s say somewhere like Bentota, people are going to mingle, interact, there are hotels next to each other,” she stated.

She also added that unless everyone is going to travel in a bio-bubble entirely isolating themselves or their group from the rest, it is quite difficult to ensure Covid-19 safety in our island.

Are we on track?

Wijesinghe stated that Sri Lanka’s tourism strategy is on track, and that they do have their projections for 2025. “We are on track up to now, however there is rising concern with the new strain,” she shared. She noted that there is cause for concern due to the new strain of the virus – Omicron, and because of it they are being cautious, especially considering that it has been found in six countries up to now.

“The future is all up to the Ministry of Health, especially considering the new variant and the challenges it brings,” she added, noting that they will have to await and abide by the guidelines that the Health Ministry implements.

Director General Wijesinghe provided that there is a tourism strategy in place and there is much work being done to revive and sustain tourism on the island. However, she also noted that the process will take time and stated that the circumstances and nature will be affecting the cause, so for the time being we must wait and see.

August 22, 2021 byNews Admin No Comments
The coronavirus pandemic has hit in full force and the news keeps evolving. To update our readership, we spoke to Prof. Suranjith Seneviratne, who is a professor and consultant in clinical immunology

March 5, 2019 byRandev No Comments
American actor Luke Perry from Beverly Hills, 90210 and Riverdale has died in California at the age of 52, less than a week after suffering a massive stroke.