December 16, 2020 by Lahiru Pothmulla No Comments

The Millennium Challenge Corporation (MCC) Board which met yesterday (15) in Washington DC has decided to discontinue the proposed $480 million MCC grant with Sri Lanka.

The MCC Board of Directors met at the US Department of State from 1:00 pm to 3:00 pm (Washington DC time) and the MCC said the event was closed to the public.

A release issued by the MCC later today announced the decisions the Board has taken. 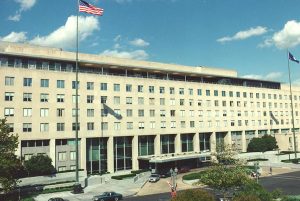 “As part of the annual selection process, MCC’s Board of Directors re-selected Benin, Burkina Faso, Côte d’Ivoire, and Niger as eligible for concurrent compact programs for regional integration; Malawi, Mozambique, Timor-Leste, and Tunisia for compact development; and Ethiopia, Kenya, and The Gambia for threshold programme development. The Board also reaffirmed its support for continuing compact development in Indonesia, Kosovo, and Lesotho. The Board discontinued the proposed compact with Sri Lanka,” it said.

At its quarterly meeting on December 15, the Millennium Challenge Corporation (MCC) Board of Directors selected new countries as eligible for US Government grant assistance.

“Sierra Leone has been a strong threshold program partner; Kiribati has demonstrated a commitment to MCC’s eligibility criteria. We look forward to working with all of our government partners to achieve sustainable economic growth supported by country ownership and accountability to improve the lives of their citizens,” he said.

January 20, 2021 byRusiru Keppetipola No Comments
It would not be an overstatement to say that despite promising attempts by various activists and groups to ensure gender equality and prevent gender-based discrimination in the context of social..

September 12, 2021 byNews Admin No Comments
Ever since April 2021, Sri Lanka’s agriculture and plantation sectors have been beset by needless difficulties as a result of an announcement, seemingly made on a whim, that Sri Lanka would switch to