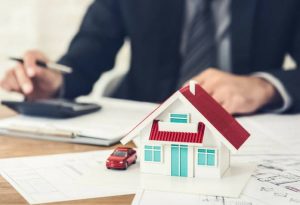 Multiple loan schemes introduced by the Government are proving to be a heavy burden on the economy, posing threats of plunging the country into an economic crisis similar to that of Greece, according to some analysts.

One of the most attractive and much-talked-about proposals in the 2019 Budget presented to Parliament by Finance Minister Mangala Samaraweera was the “Home Sweet Home” loan scheme for newly-married couples.

The proposed loan scheme worth Rs. 10 million is repayable in 25 years with a two-year grace period and a proposed 6% interest rate.

With all kinds of loans proposed by the Government, the experts warned that the country was not heading in the right direction. They are of the opinion that the economic growth of a country solely depends on having solid economic policies, and not by granting loan facilities in order to conceal the real situation. Recalling the currency collapse and inflation spiral experienced last year, the experts claimed that if the Government did not respond to the economic crisis properly at this moment, it would never get another chance.

Uncontrollable government debts plunged Greece into a crisis in 2017. The Greek experience was a wake-up call for countries to carefully evaluate their strategies for managing their debt.

“In such a situation, it is not practical for any government to offer loan facilities to people. Through the housing scheme, the Government only gives a two-year grace period – what about the rest of the years? The people will have to pay back the loans,” he stressed.
Handunnetti warned that the Government’s unwise decisions would put the entire banking system at risk.

“All these loans would be granted to those who would provide a paysheet. Then what about the others such as farmers and entrepreneurs? Aren’t they entitled for a home loan?” he questioned.

“First and foremost, there should be government security for the banks. What would happen if there is a change of government and the policies also change over time during the tenure of that government? The whole burden would be passed onto those who obtained the loan.

“This is not how a government should address their economic issues: There should be a strategy for money supply to the system through production, which is not restricted only to agricultural products, but extend across scientific and other products as well. Only through that, a government would be capable of solving the economic issues,” he noted.

Commenting on the economic policies, former Central Bank Governor Ajith Nivard Cabraal said: “It is something unprecedented, that a government is proposing a loan scheme, and I don’t think anyone anywhere in the world has proposed something as such.”

He told The Sunday Morning that every bank had loan schemes and it was not the task of a government to propose loan schemes through their budget, as offering loans would impact the country’s economy. He said that he would have agreed with it if a commercial manager of a bank proposed these loans. But in this case, it was the Finance Minister who offered loan schemes named in all kinds of decorative names to the people.

“The economy is very vulnerable at present and every single macro fundamentalist is possibly in trouble; they borrow today at the highest rate that any sovereign borrows this year. The Government claims that they borrow at an 8.5% rate, which is the highest. The interest rate has shot up to 92%. I don’t see any action taken to change these situations either. The Finance Minister did not even mention that the country is facing problems with the depreciation of the rupee. Are we going to have a stronger rupee by allowing Rs. 6 billion for Gamperaliya?

“Contractors and companies that import fertiliser complain of not being paid. The banks have advanced money for the customers to pay senior citizens and they have not been reimbursed. Where is the country heading?” Cabraal stressed.

Weerakkody, who is also a former chairman of the State Mortgage and Investment Bank (SMIB), said: “If we refer to Moody’s ratings, they have identified Sri Lanka as a country where the bank capital is at high risk and they have even issued a warning to the Government. In such circumstances, when you import an involuntarily heavy burden on the banks, they would simply collapse.”

Explaining further, he said the banks also follow the BASL III requirement, requiring them to maintain adequate capital. However, the moment banks fail to do so, he reiterated, the state banks would collapse.

Explaining the Government’s objectives, State Minister of Finance Eran Wickramaratne told The Sunday Morning that all proposals made by the Government were practical.

“Gamperaliya is basically building the local infrastructure. Proposals have already flown in and they are currently being assessed. This is a very practical, down-to-earth programme which basically targets the development of village-level infrastructure. In some areas, these projects were already on the ground.”

Highlighting the Enterprise Sri Lanka loan scheme, he said only the bank decides on providing the loan. The Government’s contribution is to subsidise interest.

Meanwhile, Hatton National Bank (HNB) Chairman Dinesh Weerakkody said that it was important to make sure that these loans were given to deserving persons because if it goes into the wrong hands, the investment would be futile.

November 24, 2021 byAazam Ameen No Comments
Following the Cabinet approval which was granted on September 13, 2021 for the implementation of the project to construct two eco-friendly bio-organic fertilizer factories in the Pelwatte and Sevanaga