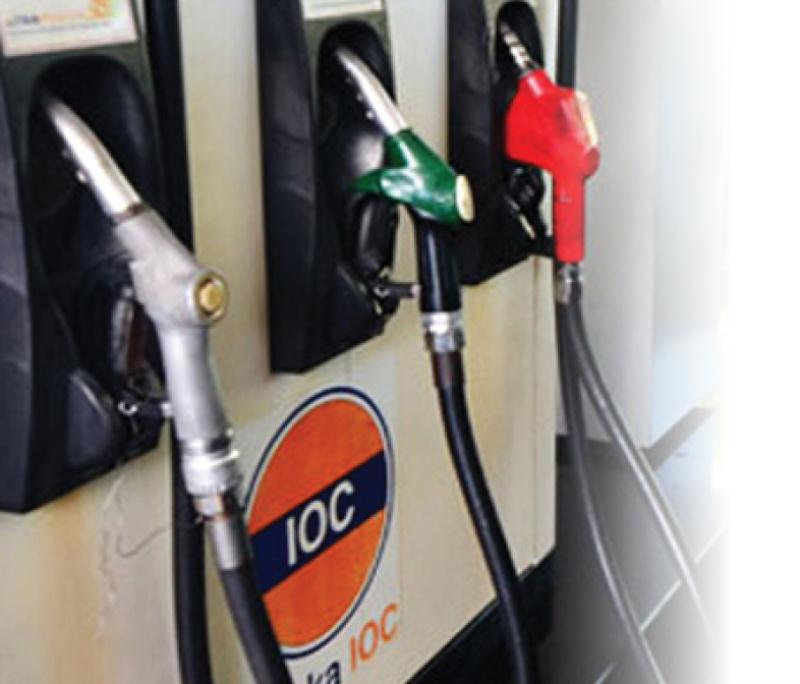 “This increased duty came into effect about three weeks ago. This is in addition to the taxes that are already being charged on the imported petroleum products,” Amaraweera stated.

The import duty has been increased to prevent excessive profits being made by Indian oil giant Lanka IOC which had until recently resulted in a massive loss of foreign reserves of the country.

Speaking further, the Minister noted that the increased tax is applicable not only for Lanka IOC but also for the Ceylon Petroleum Corporation (CPC) and other petroleum importers in the country, as the Government cannot impose a tax on just one company.

Briefing us on the reason behind the increased tax, Amaraweera noted that while the global oil prices are hitting their lowest rates in decades, oil prices in the country are being maintained at their current rates. Therefore, the Government is taxing the additional profit importers are making.

“We are collecting this tax and creating (a) fuel price stability fund, but there is a 50% drop in the sales these days,” he added.

According to Co-Cabinet Spokesman Dr. Bandula Gunawardena, Sri Lanka is building a Rs. 200 billion fuel price stability fund which will be used to repay the outstanding debt of CPC and the Ceylon Electricity Board (CEB).

An official from the Ministry of Finance told us that the increase in the import duty is temporary and will be reduced to its usual level once the global oil prices return to their normal prices.

The increase in tax has come after wide criticism from political parties that the Government is allowing Lanka IOC to completely take away the profits enjoyed due to the massive drop in global oil prices.

Janatha Vimukthi Permuna (JVP) Leader Anura Kumara Dissanayake was vocal on this matter as during a recent television interview he stated that Lanka IOC is incurring an approximate additional profit of Rs. 30 per litre of fuel sold.

“Even after deducting the import cost of petroleum, port charges, vehicle transport costs, and retailers’ profit, Lanka IOC still has Rs. 30 as additional profit per litre. So does the CPC – but let’s leave it alone; it is state-owned.

“What should the Government do now for the IOC? Either they should reduce the prices and pass the benefits onto the consumers or a tax of Rs. 30 should be imposed on them,” Dissanayake stated.

“It has been a month now since they started enjoying this additional profit. How do they take this profit to India? As dollars. We cannot protect our additional dollars. IOC is taking this. Until the IOC made such a whopping profit, were regulators unaware of it? I believe that this is being shared amongst the politicians,” he alleged.

Global oil prices have been on a declining trend amidst the coronavirus (Covid-19) pandemic and it has spread in over 195 countries. The Singapore Platts price of a barrel of petrol and a barrel of diesel started to decline since January, and have reached below $ 20 for the first time in decades; otherwise is at $ 60, mostly.

However, Sri Lankan President Gotabaya Rajapaksa has taken the stance that fuel prices would not be reduced as the benefit would be passed on to the consumers through other concessions such as reduced prices of canned fish and dhal.

Global oil prices were seen increasing considerably due to the escalated tensions between the US and Iran late last year and early this year, mainly due to the killing of Iranian Military Commander Maj. Gen. Qasem Soleimani.

However, this trend saw a reversal following the coronavirus outbreak that came into the global limelight in January this year. Driven by a comparatively lower demand for oil, owing to restricted movement, the lockdown of cities, and cancellation of air and ground travel to contain the spread of the virus, global oil prices witnessed a double-digit drop from their early-January levels. Furthermore, Iran, one of the biggest oil producers in the world, is also suffering to contain the coronavirus locally.

The Singapore Platts price of a barrel of petrol was $ 63.70 on 12 February, which was a drop of over 20% from prices on 6 January. The price of a litre of diesel was decreased by over 20% as it dropped to $ 65.13 per barrel from $ 81.44 per barrel on 6 January. Brent futures collapsed over 65% in the first quarter, while WTI oil prices slumped more than 66% over the same period.

Last Tuesday (31), US President Donald Trump stated that he spoke to both Russian President Vladimir Putin and Saudi Arabian Crown Prince Mohammed Bin Salman and made a conciliatory gesture, but Saudi Arabia was not co-operative.

Saudi Arabia, for its part, needs oil at a whopping $ 85 per barrel to balance its national fiscal accounts, according to the International Monetary fund (IMF), while Russia needs prices in at least the mid-$ 40s.

Aljazeera reported that Saudi Arabia began the month supplying more than 12 million barrels per day and Aramco was loading a record 15 tankers with 18.8 million barrels of oil on a single day earlier this week.

Amidst growing concerns surrounding the coronavirus outbreak in China, the world’s biggest oil importer, the Organisation of the Petroleum Exporting Countries (OPEC) lowered its 2020 demand forecast for its crude oil by 200,000 barrels per day (bpd) in mid-February.

At the same time, a three-year pact between OPEC and non-OPEC partners to curb oil output ended on Wednesday (1), paving the way for oil producers to ramp up production.

Oil refiner China National Chemical Corp said in February that it would close a 100,000 bpd plant and cut processing at two others amid falling fuel demands.

Another hike in milk powder prices?

October 17, 2021 byNews Admin No Comments
In a backdrop where global milk powder prices hit a seven-year high last week, local milk powder importers stated that if the prices increase by a further 30%, they’d have no choice but to increase lo

September 19, 2021 byNews Admin No Comments
While everyone awaits a good year-end sale to purchase home appliances, the Central Bank of Sri Lanka (CBSL) came up with a new regulation imposing a 100% cash margin requirement against the importati