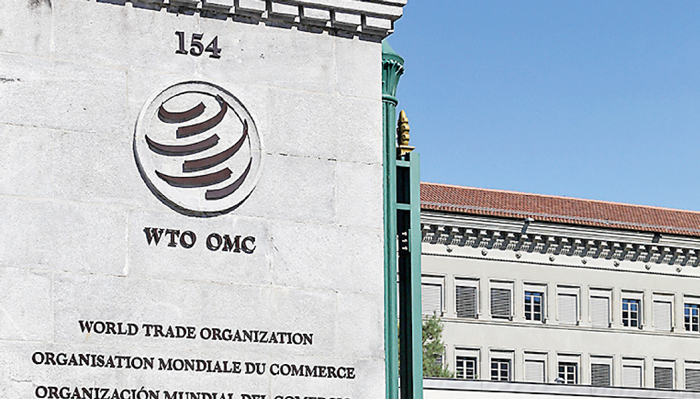 Sri Lanka to set up export single window only in 2030

The Government has committed itself to establishing a National Single Window (NSW) to facilitate trade and boost exports by 2030, The Sunday Morning Business learnt.

However, it is understood that the private sector, particularly the export sector, had not been consulted when finalising the definitive date, and that this date has been arrived at in consultation with the public sector alone.

When contacted, the export sector expressed disappointment at the fact that it would take another 11 years for the NSW to be realised as it is a crucial step towards boosting Sri Lanka’s export revenue.

National Chamber of Exporters (NCE) Secretary General/CEO Shiham Marikar told us that exporters have been requesting for the NSW to be implemented for years now and delaying it by eight years is disappointing.

“This is a really long time for implementation. Exporters will be unhappy with this move.

He added that he understands almost 50 line agencies have to be digitalised and undergo certain changes which will consume a considerable time in Sri Lanka, but emphasised that the Government should pressurise these line agencies to make the relevant changes sooner.

It is understood that the Government has to interlink and streamline over fifty government institutions relating to trade, including Sri Lanka Customs and Sri Lanka Ports Authority.

According to the Ministry of Finance, three systems have already been developed and brought online for testing as of now – National Plant Quarantine Service, Department of Animal Production and Health, and Sri Lanka Standards Institute. However, for the implementation of the NSW, the Government has to develop the infrastructure of the rest of the line agencies.

The Sunday Morning Business also spoke to the Lanka Fruit & Vegetable Producers, Processors, and Exporters Association (LFVPPEA) Chairman Zuraish Hashim who noted that if Sri Lanka is going to take this long to implement the NSW, the country will never be able to meet international requirements.

“People who are behind the NSW know the importance of it, so they have to push this. Otherwise, due to such delays, we will go further down in the World Bank Ease of Doing Business Index and that in turn will impact our foreign direct investments (FDI). Everything is interconnected,” Hashim noted.

Sri Lanka is currently placed 100th out of 190 countries in the influential Doing Business Index which is relied on by investors when deciding on investing in foreign countries.

Expressing his disappointment on behalf of LFVPPEA, he noted the delay is extremely disappointing as most other South Asian countries have already implemented a NSW for trade.

In August 2018, Bangladesh signed a Memorandum of Understanding (MoU) with some 38 private and public sector institutions to implement the NSW. According to Pakistani news reports, the NSW system will be implemented in different phases and the entire system will fully be implemented by 2023.

Speaking further, Hashim noted that the definitive date might get delayed even further as there would be at least three elections in between.

Meanwhile, The Sunday Morning Business spoke to an official from an institution that is part of the National Trade Facilitation Committee (NTFC), and upon anonymity, he expressed doubtfulness about the approval from WTO for this definitive date.

“This is really long. We shouldn’t be postponing this. I don’t think the WTO will be okay with this,” the official noted.
As exclusively reported by The Sunday Morning Business on 28 July, the establishment of the NSW was delayed by a year from its initial date due to bureaucracy and red tape.

One step among the steps the Government has to take is to identify a campaign agency to lead the implementation of the NSW, which could be the Treasury, Ministry of Development Strategies and International Trade, or even a completely new agency, according to sources.

Furthermore, a project steering committee has to be established with the participation of agencies to ensure smooth implementation of the application.

Following Cabinet approval, whenever it may be, the Government has to find a funding source, be it a public-private partnership (PPP), a loan, or a grant. Emerging economies in the region such as Singapore, Thailand, Malaysia, and Japan have implemented PPP models for their NSWs.

The NSW is intended to provide a central contact point for all the stakeholders and Government agencies involved in trade and will facilitate the trading community in Sri Lanka, providing access to a number of online systems developed for regulatory agencies.

It is expected to result in a growth of export revenue, as well as supporting importers to fast track their requirements.

November 16, 2021 byNews Admin No Comments
A blue-chip conglomerate, Aitken Spence PLC reported an impressive growth of 388% from its earnings before interest, tax, depreciation, and amortisation (EBITDA) of Rs. 2.9 billion compared to Rs. 595

September 2, 2021 byNews Admin No Comments
The apparel supplier and wholesaler of apparel, Dasa Group of companies, has been identified as a potential investor by the Ministry of Trade in order to promote cotton cultivation in Sri Lanka, The M