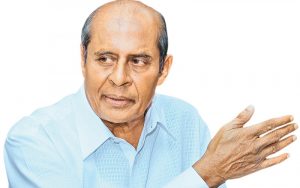 Addressing Parliament today, Foreign Affairs Minister Tilak Marapana stated that they will not agree fully with the UNHRC report on Sri Lanka.

In response to a question raised by Opposition Leader Mahinda Rajapaksa, The Minister has stated that Sri Lanka will respond to the report and on the false allegations made against Sri Lanka.

He said that the Government will issue its official response to the report in Geneva on March 20.

Marapana is to lead a delegation from Sri Lanka to attend the discussion on Sri Lanka in Geneva on March 20.

April 9, 2021 byMihi Perera No Comments
A total of 146 Covid patients were identified in the Jaffna District yesterday (08), said the Chief Epidemiologist of the Epidemiology Unit Dr. Sudath Samaraweera.