October 17, 2021 by Dimithri Wijesinghe No Comments 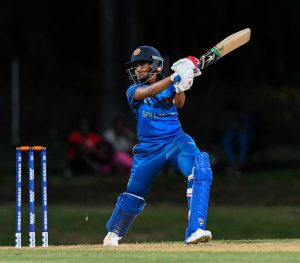 In November 2021, Shashikala will be joining an elite team of cricketing greats, including Sanath Jayasuriya, Russel Arnold, Upul Tharanga, Angelo Matthews, and a number of others in the upcoming “Daraz World Cup Payback” as the only female cricketer in the group, lending her experience as a long-time player in the analyses of the upcoming ICC Men’s T20 World Cup. 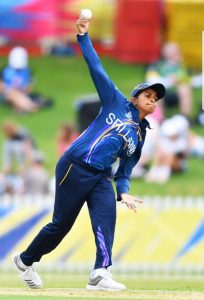 While Shashikala has remained an active member in the cricketing scene in Sri Lanka, being a strong and prominent representative of women’s cricket in the island, she is often recognised as the living patron saint of young girls who wish to pursue a career as cricketers, as she is a Founder of the first Lankan Girls Cricket Academy at the Mercantile Cricket Association (MCA).

Speaking about the MCA Girls Cricket Academy, she shared that MCA has a great reputation in the island for men’s cricket and in 2015, she was approached by MCA’s Gamini Wickremasinghe, who shared his interest in launching an academy exclusively for girls. “At the time, there were no cricket academies for women; it was only clubs that were available and I understood that by establishing this opportunity for girls in the island, it would be a game changer,” she said.

She shared that at present, they have 50-plus active students engaged in training, and she feels that because of prominent personalities like current Captain of Sri Lanka WT20I team Chamari Atapattu, and the broader representation we get to see globally, thanks to social media and more coverage of women’s sports, more and more girls are looking to pursue careers in sports, especially in cricket.

Many of the younger girls in the academy have great support from their families. In the past, girls were not encouraged to take up sports like cricket, and even now those girls above the age of 20 play purely because they wish to keep going and for the love of the sport. However, when it comes to the young ones, you see that their families are fully behind them. 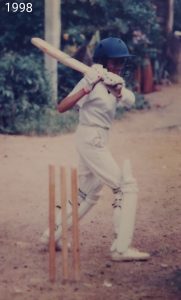 “There are many under 20 girls whose fathers would have played school cricket, and they want their daughters to experience the game and learn to play it. Many of these girls come to me well equipped with the basic skill set; their fathers often train them well and it leaves me with the much easier task of polishing their skills,” she explained.

Shashikala shared that despite all this progress, one concern that remains is the school system. Sri Lanka girl’s cricket in schools isn’t that prominent yet and considering how cricket can be a rather expensive sport to start, many schools do not invest in it for their girls.

“I am a past student of President’s College, Kotte, and even in my case, while I am most grateful to my school, my support came from my family – my father who recognised my talent as a young girl, how I was able to play on the same league as the boys, and my brother, who in some ways was my very first coach, as he played first-level cricket for Wesley College and taught me everything he learned,” she said.

She shared that even to this day, the national squad consists of only 40% of girls who came from the school cricket circuit.

With regard to resources and even expertise, Shashikala shared that women’s cricket is not at all second to men’s cricket in Sri Lanka, and that Sri Lanka Cricket (SLC) is most accommodating to them. However, she noted that there is a lack of exposure and sponsorships.

“We have to have more games telecast in order to gain the exposure; we need to establish ourselves as a legitimate sporting contender,” she said, adding: “It is important to at least telecast finals for provincial game or club matches, to be able to get more eyes on the game play, which would then attract investors and people who would be interested in backing women’s cricket.” 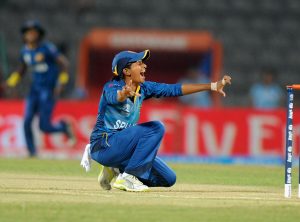 She added that another component is the frequency of international tours, stating that women’s cricket in Sri Lanka must engage in more international games, which naturally garner the attention it requires to grow. But, of course, it brings one back to the original concern of a lack of corporate sponsors and financial backers, she reiterated.

She added that, notably, the tri-forces have been an incredible source of strength for women’s sports, particularly cricket, adding that she herself has been attached to the Sri Lanka Navy since 2011, while also representing Sri Lanka Navy in the domestic circuit. She said the armed forces have been great for financially supporting women cricketers who are able to earn a living while exclusively playing cricket.

Shashikala stated that while they are experiencing challenges as they go along, she is confident that things are rapidly changing for the better. “Mindsets are different now; cricket is no longer entirely a male-dominated sport. There are women’s teams all around the world playing amazing cricket and achieving great recognition, and Sri Lankan women are also slowly but surely getting that recognition as well,” she said, adding that she wishes to encourage young girls in Sri Lanka to not be afraid to pursue cricket if they feel it is their passion simply because they are a girl. If they feel strongly about it, then there are no real reasons why they shouldn’t give it their best try.

‘I was born to be a dancer’

December 14, 2021 byNews Admin No Comments
Twenty-four-year-old Kavindu Madushan is a dance choreographer, influencer, and actor. He set his journey as a dancer in motion at a very young age and has come to love all styles of dance. Brunch had

January 24, 2019 byRandev No Comments
Actor Jimmy Essex, who starred on British soap Hollyoaks until last year, has gotten engaged to his musician boyfriend of six years while on vacation in our Paradise Island.