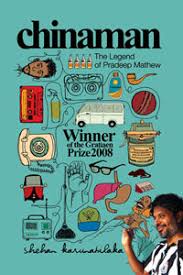 Sri Lankan author Shehan Karunatilaka’s iconic novel ‘Chinaman’ published in 2012 is to be made into a film.

According to the ‘Mumbai Mirror’, it has only been a couple of days since a major India studio has acquired the rights for his book.

‘Chinaman’ remains as one of the most popular ‘cricket books’, and has won a number of prizes including the Commonwealth Book Prize as well as the DSC prize for South Asian Literature.

November 14, 2021 byNews Admin No Comments
Among the many iconic figures that dominate Sri Lanka’s film industry, veteran actress Kala Keerthi Anoja Weerasinghe secures a significant place. She began her career in acting as a teenager, and has

June 30, 2020 byNaveed Rozais No Comments
Asanka de Mel from LOVI Ceylon on his new campaign ‘Worth Fighting For’