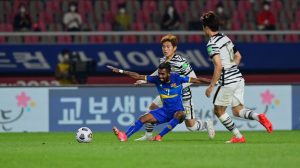 With the 5-0 loss at the hands of South Korea yesterday (9), Sri Lanka goes out of the 2022 FIFA World Cup qualifiers as well as the 2023 AFC Asian Qualifiers 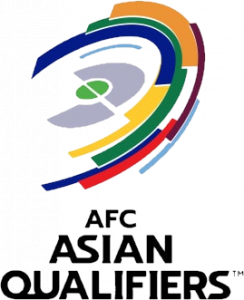 * Apart from Qatar, who qualified automatically as hosts, a total of four to five slots (four direct slots and one inter-confederation play-off slot) in the final tournament are available for AFC teams.

* There are 47 member associations in AFC, divided into eight Groups.

* Sri Lanka will not qualify for both competitions, the FIFA World Cup or the AFC Asian Cup

Sri Lanka were up against one of the best teams in the world yesterday (9). Yet they came out with a positive note, always looking to counter-attack whenever they got the ball. But what they obviously lacked was the execution which caused them to suffer as many as three goals from the opposition even before half time.

After all, Sri Lanka eventually lost 5-0 against the Koreans yesterday at Goyang, South Korea, only to end their campaign in the 2022 FIFA World Cup qualifiers sans at least a single win.

13 goals by the Koreans against SL

An array of goals

With keeper Sujan Perera in trouble, the Koreans piled up the goals. The first one came from their Skipper Kim Shin-wook who hit it clean from close range in the 15th minute.

The second goal was a superb strike from the edge of the box by Lee Dong-gyeong. Minutes before half-time, at the strike of the 43rd minute, Kim scored the third through a spot kick.

Second half started off with the fourth goal for the hosts. RB Leipzig player Hwang Hee-chan had an easy shot on the 53rd minute. Matters got worse for the Lankans when Asikoor Rahuman intentionally stopped the ball from his hand and was rightfully shown a second yellow card, which meant the red card and omission.

The replacements soon got into the field. Sri Lanka reinforced their defence while the Koreans added some more fresh legs, up front. The hosts then went on to find the fifth goal through Jung Sang-bin in the 77th minute, the icing on the cake.

Despite the disappointing result, the Lankans can be happy for themselves for the much-improved display that they showed during the last two games.

Especially, players like Kavindu Ishan put up a commendable display. Young Dellon De Silva, together with Waseem Razeek, too showed good intent, in front. The lessons, if learnt wisely, can prove to be very handy when Sri Lanka will be competing in their next major competition, the SAFF Championship, slated to begin in September this year.

January 18, 2021 byRevatha No Comments
SL fight back but England on course to win first Test in Galle

September 26, 2018 byMalik No Comments
Derby County beat Manchester United 8-7 in a dramatic penalty shootout to settle a pulsating Carabao Cup tie at Old Trafford and send the Championship club through to the fourth round.