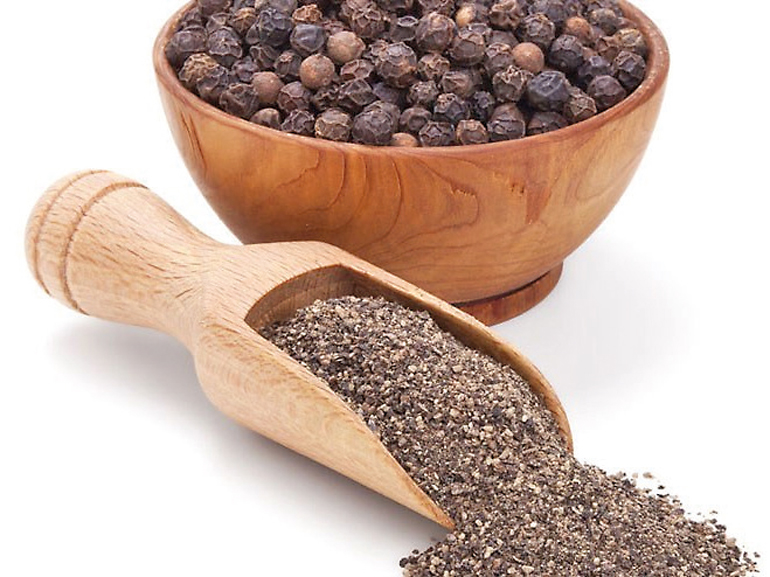 Sri Lankan pepper has long been reputed globally for its high levels of the bioactive component piperine – an alkaloid that gives black pepper (Piper nigrum) its pungency and superior quality – compared to pepper made available by other regional competitors.

The country produces both black and white pepper, and pepper oil and pepper sauce are secondary outcomes of pepper production. Over 250 companies engage in the pepper exportation business.

Sri Lankan pepper is being cultivated in over 30,000 hectares of land in the country, especially in low and mid regions with a cooler climate, including Matale, Kandy, Kurunegala, Moneragala, Badulla, Kegalle, and Ratnapura.

Followed by India, Indonesia, Vietnam, and Brazil, Sri Lanka holds the fifth place in global pepper cultivation. With its unique features, Sri Lankan pepper caters to 3% of the global demand with over 80% of the exports being sent to India, the largest importer of Sri Lankan pepper to date.

However, Sri Lankan pepper, that enjoyed a smooth journey in the Indian market for years, has been facing issues over the past two years and pepper exporters are very worried about the future of the industry, as they majorly rely on India for their exports.

The Sunday Morning Business decided to take a closer look into the issue and the history of Sri Lanka’s pepper exports to India.

According to information of the Indian High Commission in Colombo, under the Indo-Lanka Free Trade Agreement (ILFTA), Sri Lanka was allowed to export pepper to India duty free in 2006.

Any exports above the limit are subjected to 8% duty under the South Asia Free Trade Agreement, as against the usual customs duty of 70% on pepper imports into India.

Speaking to The Sunday Morning Business, Department of Export Agriculture Director General Dr. A.P. Heenkende noted that Sri Lankan pepper has its customer base in India due to its superior quality.

“They really love our pepper just for its genuine qualities and pureness,” Dr. Heenkende noted.

Indian importers paid around $ 6,000 per MT of Sri Lankan pepper, while they paid almost half this price for their Vietnam pepper imports.

Speaking to The Sunday Morning Business, Spice Council Immediate Past Chairman Nanda Kohona noted that Vietnamese pepper was banned by European markets due to pesticide residue issues, but they found ways to enter other markets.

Minister of Primary Industries and Social Empowerment Daya Gamage told The Sunday Morning Business last month that several traders misused the concession that was provided under the ILFTA and re-exported Vietnam pepper using forged documents that stated it was Sri Lankan pepper.

The Economic Times of India reported that the entry of Vietnamese pepper through Sri Lankan exports had pushed down black pepper prices in India by nearly 20% within a year, depressing India’s local pepper manufacturers.

To end the racket, in December 2017, the Indian Government introduced a Minimum Import Price (MIP) of Rs. 500 per kilogramme, leading to a MIP of $ 7,700 per MT as the cheaper imports were pressuring its local manufacturers.

Kohona noted that the move heavily impacted Sri Lankan pepper exporters as this unrealistic MIP seems unaffordable to exporters and as a result, Sri Lanka’s pepper exports to India came down to a very low level.

“This cap that was imposed is so much heavier for our exporters. The global MIP is much lower than that of India, but our major pepper market is India. It is really difficult,” Kohona noted.

In March last year, India’s pepper manufacturers were lobbying their Government for a further increase in the minimum import price as the racket seems to be continuing despite the MIP imposed earlier.

What did the Sri Lankan Government do?

The continuing racket despite the MIP made the Sri Lankan Government halt the import of pepper, cinnamon, tamarind, maze, and nutmeg in a bid to safeguard local production and farmers. Accordingly, a cabinet paper was approved in the second week of February this year to halt the importation of these spices.

The price of pepper in the local market experienced a marked decline as a result of the bulk importation of pepper; when exportation and local consumption amounts was deducted from local production and importation, there was still excess pepper in Sri Lanka.

Meanwhile, Sri Lanka Customs (SLC) too strengthened their security measures to ensure that re-exportation of these spices do not take place. The measure came in the wake of allegations levelled by Minister of Finance Mangala Samaraweera that a business mafia was going on in SLC, supported by some officials. Minister Gamage said that in addition to this, the Government is planning to hold discussions with the Indian authorities and spice processors as soon as possible to relax the MIP.

“I’ll soon have discussions with India’s Minister of Agriculture. Officials from the Spice Council of Sri Lanka will be accompanying me,” Gamage noted.

India’s The Economic Times, soon after the Minister’s remarks, reported that India’s pepper industry took exception to the reported move by the Sri Lankan Government to hold talks with the Indian Ministry on relaxing the MIP which was earlier imposed for black pepper to protect the domestic industry.

Meanwhile, Kohona told The Sunday Morning Business last week that the Spice Council and the Department of Agriculture are expecting to hold discussions by the end of this month or early next month. In addition to this, as a permanent solution for the re-exportation of spices, the Department of Export Agriculture drafted he Good Agricultural Practices (GAP) book for pepper, cinnamon, and coffee planters and now it is being reviewed by the Sri Lanka Standards Institute (SLSI).

“We will issue them a license. They can show the license and submit their production for exports. We are planning to implement this from 1 January. What matters to the European market most is good standards,” Dr. Heenkende noted.

The Department of Agriculture hopes to end the re-exporting racket and maintain Sri Lanka’s very own global significance for its superior qualities in the global market.

Based on the above comments, it is evident that Sri Lankan pepper exporters have to focus more on the European markets instead of depending solely on the Indian markets, as a trade barrier like imposing an MIP has deprived the whole pepper industry of the country.

The urgent requirement of the expansion of the pepper export market is also supported by the fact put forward by sector officials, that India pays lower prices for Sri Lanka’s pepper as compared to the Middle East and western countries.

It is also suggested in the reports that the Government should intervene and streamline pepper importation into the country and implement an importation policy, considering the volume of local pepper production.

August 9, 2020 byCharindra No Comments
In any discussion of privatisation, a little learning is a dangerous thing, says Chartered Accountant Ranel T. Wijesinha in his weekly column in The Sunday Morning Business.

Importance of branding for SMEs’ growth

September 27, 2021 byNews Admin No Comments
A decade ago, branding was defined as a name, slogan, sign, symbol, colour, design, or a combination of these elements that distinguish a company, product, or service to stand out from another company