With the fourth wave of Covid-19 behind us and (hopefully) no more waves to follow, it would appear we are limping our way out of the pandemic little by little.

One key sector of the country that took a major beating with Covid-19 was the education sector. An overnight shift to online learning and a major restriction of physical movement and interaction are some of the most significant changes that children had to deal with, along with an escalation of many other existing issues.

Many countries have published studies on the escalation of child abuse and violence on children, the perils of screen addiction, internet game intoxication, and several other harmful impacts on students these past several months.

It is almost universally agreed that children need to get back to school. Countries all around the world have cautiously reopened schools after 20 months and are now devising ways and means of keeping them open. While the pandemic is not over, almost everyone realises the major fallout of students being stuck at home, with or without online education. 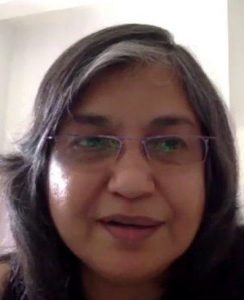 Brunch chatted with former Ministry of Education Secretary and Education Forum Sri Lanka Co-Founder Dr. Tara de Mel on just what Sri Lanka’s already beleaguered needs to consider when reopening schools, how to keep them open, and how to make sure all children are able to catch up with their peers.

How would you say the pandemic has most impacted children from an educational perspective? How effectively do you think the national education system has handled it?

The pandemic has affected this country’s education system very severely. From March 2020 until about a few weeks ago, except for a few patchy school openings for some grades on and off, by and large, all schools in Sri Lanka remained shut.

During this period more than 50% of schoolchildren received no education at all. Others had access to some type of “internet-based education” either through notes on PDF sent by teachers using WhatsApp or through online classes using platforms like Zoom. Most parents only had a device like a smartphone or a simple tablet, and that too had to be shared between the parent and child/children.

Internet accessibility as per Sri Lanka’s 2019 Census is only 34.11%, and according to a computer literacy survey, only 22.2% of households owned a laptop or PC. A study done by LIRNEAsia in 2020  showed that about 45% of students used their parents’ smartphones to access notes sent by teachers using WhatsApp. A small group of children (less than 10%) had access to laptops or PCs and had relatively stable internet connection through fibre. Such children had the ability to connect to real-time, face-to-face education online. The majority of others who had the devices mentioned had very sparse internet access. We have seen images of students climbing rooftops, trees, rocks, and trekking jungles simply to get “signal”.

With regard to reopening schools, other countries like Singapore, the UK, and Israel have done this before Sri Lanka. How have they gone about it and what are they doing differently to us?

One of the most important policy considerations was the need to ensure uninterrupted education at all costs. The countries mentioned had much better internet and device accessibility than Sri Lanka, and therefore, when schools were shut they were able to seamlessly shift to online education. However, from about January this year, even while the second and third waves of the pandemic were present, these countries had begun strategising and planning for reopening schools at the first possible opportunity.

Speedy vaccination roll-out amongst teachers and school administrators was one important consideration. Subsequently, senior students (aged 12-17) were vaccinated. Together with these measures, self-testing using rapid antigen tests were used in several countries from as early as July-August 2021. Students and teachers underwent self-testing regularly, using rapid antigen tests, sometimes as frequently as two to three times a week. In some situations, PCR was recommended if rapid tests became positive, whilst in others, PCR was the norm. Certain countries used innovative methods to make these tests not a burden to young children and the “lollipop tests” in primary schools in Germany is a case in point.

When students tested positive, they are advised to self-isolate at home for seven to 10 days, while contacts are traced and tested. Schools don’t close just because one student tests positive. If a parent or close contact becomes positive, unless a student’s self-test is positive, the child can return to school. However, continued self-testing is prescribed. In addition, other measures like adequate classroom ventilation, safe distancing, substantial hygienic measures, and shifting as many activities as possible outdoors, were all taken fully into consideration.

Of these models of reopening, which model do you think would work best in a Sri Lankan context and with our local school system?

I think we could have used a mix of several systems. First of all, nearly 30% of our total of 10,100 schools have less than 250 students and most of those schools are located in semi-urban or rural parts of Sri Lanka. These schools also have many open spaces and large schoolyards, with ventilated classrooms. Principals and teachers, together with regional health authorities and education officials, should have been empowered to make decisions on opening these schools early, even before the Delta wave swept us over. Most of the school activities, including some classes, could have been held outdoors.

The central ministry continued to give directives to all schools islandwide, on when to open schools or not. Instead, if decision making was decentralised from day one, I am sure more students could have accessed education.

In Sri Lanka, some 500 schools still don’t have flowing water on tap and proper sanitary facilities. These matters could have been attended to during 2020 to ensure that at least in 2021 children who were to attend school were safe.

In addition to all the above, the Government should ensure that all teachers, principals, and school staff have been double-dose vaccinated, whilst student vaccine roll-out is fast and covers all schools.

In terms of implementing self-testing as a means of keeping Sri Lankan schools open, what are the challenges of self-testing locally and how do you think the Government or the Department of Education can step in?

I think it’s obligatory on the part of the Government and the Ministry of Education to step in to provide self-testing methods. If anyone had followed international trends, and what the United Nations (UN) agencies like the WHO (World Health Organisation) and United Nations Children’s Fund (UNICEF) were advocating since 2020, it would be abundantly clear how grave it is to keep schools closed. Moreover, self-testing is the best method to keep children and teachers who have tested Covid-positive away from school, and still keep schools open. If countries like India can implement self-testing, why can’t we?

The first step would be to seek advice and assistance from Sri Lanka’s development partners, on purchasing affordable self-test antigen kits at the earliest; perhaps from India. Subsequently, local agencies together with credited international partners could have started producing self-test kits, making them even cheaper. Self-testing is regularly done by children as young as four or five years old, and it’s the simplest procedure to perform on oneself. Plenty of videos are available on YouTube for those who are interested.

What would your advice be on a way forward to keep our schools open, and to help students catch up?

At present, there’s an international treaty being discussed, for countries to take policy decisions on never to close schools again, unless due to extreme natural disaster or full-scale war. This is because the gravity of long-term school closures is well known by everyone. The Worldwide Commission to Educate All Kids Post Pandemic is taking the lead initiative on this move.

The “Covid Generation” are the children who were shut out of schools during the pandemic. They comprise a total of about 500 million students globally, and 4.3 million in our own country – a group of young people, who, in a few years will enter society with multiple handicaps. They will enter a society that has been already challenged by the pandemic; economically, emotionally, and socially. They would have poor basic skills in math, language, science, and other subjects and will be under-educated for their age. They would find it difficult to cope with post-pandemic challenges such as livelihood issues and otherwise.

Apart from the pedagogical disaster, let’s not forget the emotional damage suffered by children who have been trapped in abusive and dysfunctional homes for months, struggling to cope in a milieu devoid of social interaction and joyful times with peers. Many countries have published studies on the escalation of child abuse and violence on children during school closures. In addition, for those with devices and internet access, overexposure and the perils of screen addiction, dangers of internet/video-game intoxication, physical damage to the eyes and brain, and several other harmful impacts on students are now common knowledge.

What else should schools consider before reopening after this long gap?

Before reopening after this long gap, most schools around the world prepared their teachers for several months on administering “diagnostic tests” on students, with the aim of identifying learning gaps and dealing with them. For instance, a student who was in Grade 3 in March 2020, would have entered Grade 4 in late 2021 without education for almost one-and-a-half years. There would be significant learning gaps in students. Unless teachers can identify these early and devise methods for catch-up learning using creative methods, the existing pedagogical disaster will become even worse.

The national examinations scheduled for January, February, and May 2022 should not be of the same nature as in previous years. These should be non-stressful and test basic learning competencies only. Ideally, the Grade Five Scholarship examination should have only Paper 1. It would be useful for the authorities to see what other countries have done with regard to examinations and assessments, post pandemic.

Post-pandemic education has been given a special place in the national development agenda of most countries – rich and poor. Special attention is being given to this subject with senior ministers and experienced officials in charge, and with increased funding.

Will Sri Lanka ever get there?

Asel Karannagoda on creating music during the new normal

March 30, 2021 byNews Admin No Comments
In this bleak situation, it is extremely difficult to be optimistic, especially if you are pursuing your passion as a singer. But for Asel Karannagoda, the pandemic is the very reason that he started