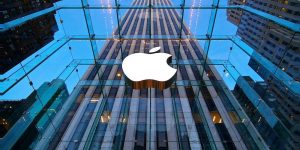 Stassen Exports (Pvt.) Ltd., which is being sued by US tech giant Apple Inc. over the use of their iconic logo, said that Stassen Exports is in a different trademark classification and therefore the use of a similar logo is not an issue.

According to President’s Counsel (PC) Nihal Fernando, who is representing the defendant, the company used the logo on one of their tea brands, which put the company under the Class 30 trademark classification that is mainly used for types of food, drinks, and cooking ingredients.

Speaking to The Sunday Morning Business, he explained that since Apple Inc. did not fall under the same classification, the use of a similar logo should not be an issue as it would not create any confusion between the two brands.

All attempts to reach Stassen Exports for further comments on the matter proved futile as multiple officials of the company we spoke to said they were not aware of such a lawsuit or issue and failed to direct us to anybody in the company who was informed of the matter.

However, upon further research carried out by The Sunday Morning Business through the National Intellectual Property Office (NIPO) archives, we learnt that a logo owned by a famous international brand overrules the classification system.

In the case file found in the NIPO, it stated that Stassen has been using the logo since 2013. While the NIPO had initially rejected the logo, the file stated that the company appealed to the NIPO with evidence of the logo being used, and managed to get it registered.

Apple Inc. first filed the Intellectual Property (IP) action in the Commercial High Court of Colombo by way of plaint on 21 January 2020 against Stassen Exports, in line with a strong stance taken in protecting their IP rights worldwide.

This was due to Stassen Exports applying and obtaining the registration to use a logo that resembled Apple’s iconic logo, consisting of an apple with a leaf slanting to the right and a distinctive bite taken out of the right-hand side, and using it on their products. The plaintiff pleaded that the defendant’s mark ought to be nullified under Section 134 of the Intellectual Property Act No. 36 of 2003 as well as on the grounds of the registration amounting to an act contrary to honest trade practices in contravention of Chapter XXXII of the Intellectual Property Act. The defendant appeared in court on 17 June 2020, the summons returnable date, and the learned High Court Judge M. Ahsan R. Marikkar fixed 19 August 2020 as the date for the defendant to file its answer.

Apple Inc., the plaintiff, was represented in court by Dr. Harsha Cabral PC, who appeared with Nishan Premathiratne and Migara Cabral, on the instructions of Juanita Desiree Perera.

The defendant, Stassen Exports (Pvt.) Ltd., was represented by Fernando, with Harshula Seneviratne, on the instructions of Upendra Gunasekara.

May 4, 2021 byNews Admin No Comments
Despite Pakistan being a significant consumer of tea, only a low quantity of tea is exported from Sri Lanka to Pakistan, as noted by the Sri Lanka-Pakistan Business Council’s (SLPBC’s) newly elected P

January 31, 2021 byNews Admin No Comments
While having a conversation with a businessman, I brought up the topic of bribery in Sri Lanka. I put him on the spot by asking: “Have you ever paid a bribe to sort out your business matters?”..