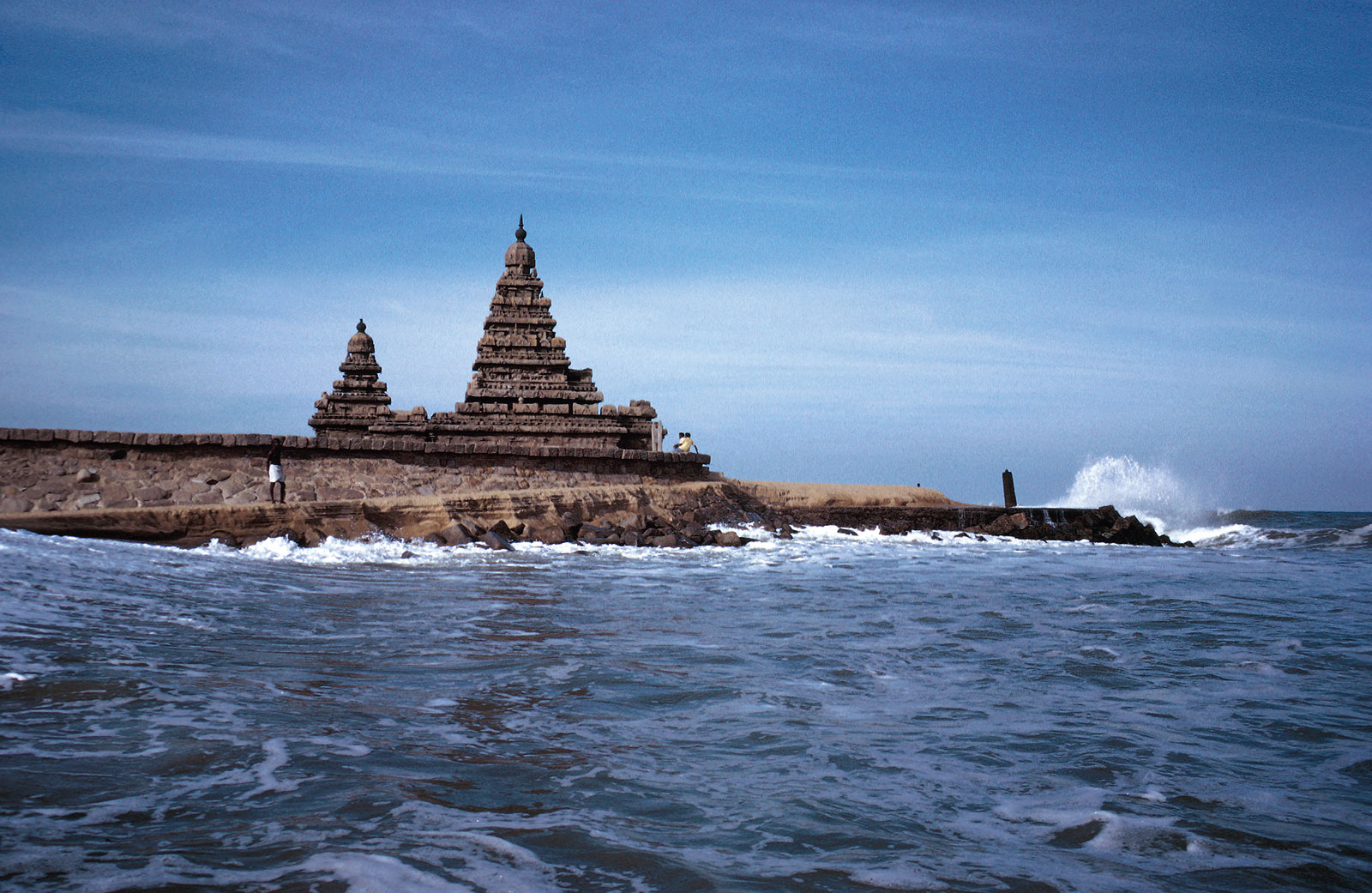 Has Sri Lanka ceased to be an intense emotive issue it once was in Tamil Nadu? It does look like so, going by the just-ended Tamil Nadu Assembly election.

Although the Dravida Munnetra Kazhagam (DMK), which once threw its weight behind Liberation TIgers of Tamil Eelam (LTTE) Chief Velupillai Prabhakaran, returned to power in Chennai in May after a decade, Sri Lanka was not a campaign theme.

Yes, a small section of politicians did raise it but it was muted and was overshadowed by more pressing national and regional concerns. The ethnic issue certainly did not sway voters in any appreciable manner, even if, assuming, it did register in some people’s minds.

This is a significant development in a State which is separated from Sri Lanka by a narrow strip of sea and which in the past often seemed to play an almost determining role in the island nation’s affairs.

Considering the support Tamil militants once enjoyed in Tamil Nadu, many came to believe, in India and abroad, that the entire southern State backed the LTTE without any inhibition. Nothing could be farther from the truth.

The one period in Tamil Nadu when mass sympathy for the Sri Lankan Tamil cause was at its peak – and mostly spontaneous – was in the aftermath of the 1983 anti-Tamil riots after the massacre of 13 Sinhalese soldiers in Jaffna by the LTTE.

This was a period when there was no infighting within the Tamil ranks and when the moderate Tamil leadership was courted in Chennai and Delhi.

As years passed, the popular mood changed. There were many reasons: The LTTE’s annihilation of one Tamil group after another besides non-combatants; moderate Tamil politicians losing their clout; the LTTE’s refusal to compromise; and the once-welcomed Tamil refugees losing sympathy in Tamil Nadu.

During this period, support for the LTTE – the other groups had gone dormant or had been crushed by the Tigers – was mostly within political activists and not from the man on the street.

This was evident in June 1987, four years after militancy erupted, when a general strike called by the opposition on Sri Lanka saw around 1,100 persons offer themselves for arrest across Tamil Nadu, a sprawling State, then home to 65 million people. There could not have been a greater contrast than the thousands who took to the streets after the 1983 riots.

Tamil Nadu’s Dravidian politics did not adequately reflect this change.

The LTTE Indian Peace Keeping Force (IPKF) war was a major turning point, even if sections of the Tamil Nadu political leadership continued to back the Tigers. The DMK remained in awe of the LTTE, and its patriarch M. Karunanidhi went to the extent of boycotting Indian troops returning from Sri Lanka.

The killing of Eelam People’s Revolutionary Liberation Front (EPRLF) leaders in Chennai in June 1990 by the LTTE, created such revulsion that most people stopped renting out houses to Sri Lankan Tamils. The assassination of former Prime Minister Rajiv Gandhi was the last straw although support for the LTTE continued on a low key. The DMK was chastened.

Why did most politicians supportive of the LTTE in Tamil Nadu not change their rhetoric in keeping with the public sentiments?

For one, many were riding a tiger they found difficult to dismount. Unlike the DMK and All India Anna Dravida Munnetra Kazhagam (AIADMK), which have governed Tamil Nadu and which over time realised the folly of being pro-LTTE, some outfits had nothing to lose.

Although some Tamil Nadu parties kept flogging Sri Lanka during successive elections, it stopped paying dividends. There were also politicians in the State who didn’t bother about elections because they never fought one. They could afford to be perennial LTTE backers.

It is a pity, but the so-called giants of the Dravidian movement at no time had the guts to tell the LTTE that enough was enough, that it was time to compromise, and that endless fighting can only bring ruin to the Tamils it claims to represent. If only Tamil Nadu’s major parties had come out unequivocally against the killings of other Tamils by the LTTE, it could have injected some political sanity into the Tigers and, by extension, helped ordinary Tamils in Sri Lanka.

Instead, the killings of non-LTTE militants were ignored and forgotten, like a bad dream. More than one Tamil Nadu politician paid illegal visits to LTTE territory in Sri Lanka. The Tamil Nadu Assembly openly allocated funds to the LTTE and its ally Eelam Revolutionary Organisation of Students (EROS). By the mid-1990s, the LTTE had audaciously begun to paint Prabhakaran as leader of “world Tamils” – a descriptive until then used for DMK patriarch M. Karunanidhi.

The more militarily strong the LTTE became (at one point it controlled a third of all land and two-thirds of the coast in Sri Lanka), the more appealing a force it became in Tamil Nadu. It made its politicians constantly take a one-sided view of Sri Lankan complexity. The bias meant that Tamil Nadu leaders had no clout with Sri Lankan decision makers to influence policies for the betterment of the Tamils. Even international interlocutors on Sri Lanka did not consult Tamil Nadu leaders since they had nothing original to say.

This was also evident post-2009 when the Sri Lankan military crushed the LTTE and its leadership, Prabhakaran included. The military victory came at a terrible cost, leaving tens of thousands of civilians dead or maimed and in trauma. Tamil Nadu political parties could neither influence New Delhi nor Colombo vis-à-vis the military onslaught and its aftermath. In later years, they could do nothing to ameliorate the suffering of the Tamil civilians.

It was perceived by many in Tamil Nadu that saying anything critical of the LTTE would lead to charges of being “anti-Tamil”. While the AIADMK was the first to dump the LTTE after Gandhi’s assassination, the DMK took its own time. Does all this mean that Sri Lanka and LTTE have ceased to be issues in Tamil Nadu?

It is not so. Almost the entire political spectrum is united that those jailed for the conspiracy to kill Rajiv Gandhi must be freed from prison, now that they have languished in captivity for so long. There were many critical voices in Tamil Nadu when India abstained on a UN Human Rights resolution in Geneva on Sri Lanka. In January 2021, both the (then ruling) AIADMK and DMK went hammer and tongs against Colombo after a memorial in Jaffna University dedicated to Tamils killed in 2009 was razed. Small Dravidian/Periyar/Marxist outfits in Tamil Nadu continue to view Prabhakaran as a Tamil nationalist. While some who were very vociferous about the Tigers have mellowed down; new pro-LTTE players have filled the vacuum.

But the question remains: Are these parties and leaders in tune with the thinking of the Tamils masses in Sri Lanka? Do the Sri Lankan Tamils want a return of the Tigers? Will continued support to the now dead LTTE/Prabhakaran help the Tamils in Sri Lanka? Does it have the sanction of those Sri Lankan Tamils who were at the receiving end of LTTE aggression? Should not Tamil Nadu’s political parties rethink their views while remaining sympathetic to the ordinary Tamils so that their words and actions lead to a genuine ethnic reconciliation in Sri Lanka?

“Tamil Nadu leaders have interfered in our struggle and caused confusion,” a Sri Lankan Tamil MP told me. “For them, supporting one group or the other was fun. For us, it was a life and death question. Their role has mostly been negative.”

Everyone may or may not agree. But the Sri Lankan shadow is certainly waning in Tamil Nadu.

May 30, 2021 byNews Admin No Comments
Poor-quality food, inadequate water, and unclean toilets are among the complaints that have poured in from various Covid-19 quarantine centres around the country. Pressure now mounts on the authoritie

Sunny Side Up: Indian actress duped into investing in Colombo

October 24, 2021 byNews Admin No Comments
The Indian media last week reported that an Indian actress had filed a police complaint on being duped into investing in a Colombo casino business by her best friend.