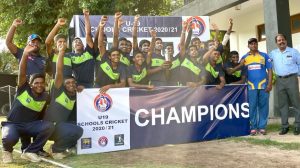 Sri Sumangala College, Panadura who became champions of the U-19 Inter-school Div.-II Tier A cricket tournament Friday (30 May) in Colombo

The match had a delayed start and was restricted to 36 overs per side. St. John’s won the toss and elected to bat first. 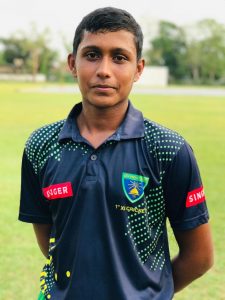 Sri Sumangala reached the target of 69 runs for the loss of four wickets in 19.3 overs. Mihiranga Fernando made an unbeaten 36 while Imeth Gampola scored 17. Dinushka Madushan took two wickets for six runs.

Out of Focus: A picture for a Century!

October 24, 2018 byRevatha No Comments
Here are some of the rare records set at the Khettarama on Tuesday during Sri Lanka vs. England fifth and final ODI.