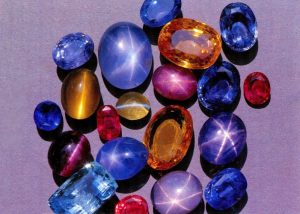 Members of the International Gem and Jewellery Exhibitors’ Association of Sri Lanka (IGJEASL) said that there are underlying issues that need the attention of the Government to uplift the standards of the gem and jewellery industry of the country.

IGJEASL Secretary Chaminda Wijeratne, speaking to The Morning, said: “None of our association members were invited to participate at the meeting that was convened by President Gotabaya Rajapaksa himself at the Presidential Secretariat, where they had discussed about the issues that were faced by the stakeholders of the gem and jewellery industry in varying levels.”

In a letter dated 8 September 2020, the association had expressed their disappointment over not being asked to participate at a crucial meeting where the Government discussed the issues and the way forward of the industry, presenting 21 areas of discussion they wished to draw the State Minster’s and the National Gem and Jewellery Authority (NGJA) Chairman’s attention towards.

“The President announced some commendable decisions that would impact the growth of the industry and even the State Minister was keen on solving many of the issues that we have been facing for decades due to the lack of focus the government paid to improve this industry,” Wijeratne explained.

While a response to the letter sent to the President is still anticipated, the association had the opportunity to personally meet State Minister of Gem and Jewellery-related Industries Lohan Ratwatte at his residence in Kandy over the weekend.According to Wijeratne the meeting held in Kandy at the Ratwatte residence was fruitful, as the State Minister had promised to immediately attend to some of the requests while others were to be referred to the relevant authorities for consideration and action.

Prior to the meeting held at the Presidential Secretariat, Ratwatte suggested several initiatives to ease the financial burden the industry is facing.

Explaining that in 2018, a 15% tax was imposed on gold imports, which affected a price hike for jewellery, Ratwatte suggested that the relevant taxes should be removed immediately and steps should be taken for the betterment of the gem and jewellery industry.

“Furthermore, I pointed out the importance of facilitating the importation of precious gems unique to other countries in the world that are not found in Sri Lanka and facilitating a gem reserve,” Ratwatte noted.

Following the discussions, President Rajapaksa had instructed to establish all the relevant institutions in one place to avoid delays in the issuance of gem mining licenses, adding that underdeveloped or barren lands belonging to plantation companies which have gem resources should be taken over by the State Ministry and excavation operations should commence.

Moreover, state banks had been instructed to provide a loan of Rs. 1 million at a concessionary interest rate of 4% to purchase gold for jewellery makers and traditional jewellers. The construction of the Gem Trading Complex and Training Centre in Demuwawatha, Ratnapura is also to commence at the earliest convenience, following budgetary allocations made by the central government.

The upgrading of the Gem Laboratory of the NGJA to international standards was also discussed.

Ratwatte also observed that illegal gem mining is taking place on a large scale in gem-rich areas of the Ratnapura District, for which President Rajapaksa had issued directives to immediately stop the use of machinery which is harmful to the environment and also to remove all barriers to the practise of traditional gem mining.

SL to face a blackout after 6pm today

January 18, 2022 byRuwani Fonseka No Comments
Due to the lack of fuel, 2 power plants are confirmed to have shut down and the fuel which had been acquired by the Ceylon Petroleum Corporation would only last until 6pm today, The Morning learns.