Star India may have to suffer a huge hit 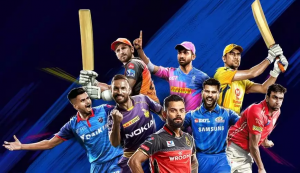 With the Board of Control for Cricket in India (BCCI) suspending Indian Premier League (IPL) 14th edition midway yesterday (4), it official broadcasting rights holder Star India will not get any revenue from the ads booked for the remaining matches, revealed Indian media website the Money Control.

The ad rates for playoffs are higher than initial matches, and Star India charges a 10-15 percent premium for the last few matches in IPL.

The Indian Premier League Governing Council (IPL GC) and the Board of Control for Cricket in India (BCCI), in an emergency meeting, has unanimously decided to postpone IPL 2021 season, with immediate effect.

The season, being hosted in six cities, started on 9 April and would have ended on 30 May.

According to Sandeep Goyal, Mogae Media, a Mumbai-based marketing and communication agency, the league is halfway through. IPL 14 getting delayed now will lead to Star India suffering a 60 percent loss in advertisement revenue.

“The financial implication for Star will be huge as it was slated to get ad revenue for only those ads that were played and not for the rest of the inventory bought,” he said.

According to Karan Taurani, Vice President, Elara Capital, ad revenue for Star India for both TV and digital is around Ind. Rs. 3,000 crore. So, a 50-60 percent loss would be around Ind. Rs. 1,500-1,700 crore. However, he thinks that the losses may be shared between BCCI and Star India.

Last year, Star India garnered around Ind. Rs. 3,000 crore in ad revenues from both TV and digital (Disney+Hotstar, the official digital partner of IPL). Compare this with IPL 12. The broadcaster clocked around Rs. 2,100 crore that time — in 2019.

However, this year, the second wave of Coronavirus is spelling bad news for the league.

Ratings for playoffs are higher

A media expert, on condition of anonymity, has said that sports tournaments getting cancelled midway is big trouble for a broadcaster.

“Ratings of your finals, qualifiers will be higher than those for matches in the beginning of a sports tournament. So, whatever the broadcaster is paying for the initial matches would not equate to its earnings. Revenue from later matches will be more,” he said.

If we look at IPL, Star India charges a premium for the remaining 10-15 percent ad inventory for the last few matches. Last year, the broadcaster had increased ad rates by 15-20 percent for the playoff matches.

What happens to the rest of the ads?

The ad inventory already booked by advertisers will have to be adjusted for some other properties. But for other properties, the ad rates cannot be the same as IPL, said Taurani.

He added that IPL 14 getting delayed will also impact the overall TV ad revenue which saw a significant drop due to the Coronavirus impact last year.

“There was an expectation of a 10-11 percent growth in advertising this year, and IPL contributes almost 4-4.5 percent to ad spends. If half of the IPL is not happening, the league will contribute 2-2.5 percent, which could impact the overall growth of ad revenue,” said Taurani.

While the first half of IPL was a smooth ride, crisis began when two players, Varun Chakaravarthy and Sandeep Warrier Kolkata of Knight Riders (KKR) tested positive for COVID-19. Two staff members and a bus driver at Chennai Super Kings (CSK) also tested positive, according to reports.

What the BCCI said

In a statement issued on 4 May, the BCCI said it does not want to compromise on the safety of the players, support staff and the other participants involved in organising the IPL. Hence, it has decided to postpone the IPL with immediate effect.

“This decision was taken keeping the safety, health and well-being of all stakeholders in mind. The BCCI will do everything in its powers to arrange for the secure and safe passage of all the participants in IPL 2021,” the statement added.

January 14, 2020 byRevatha No Comments
Suranga Lakmal returned to Sri Lanka’s Test squad after missing the tour of Pakistan due to dengue fever, while Kusal Perera has been dropped

April 19, 2021 byRevatha No Comments
The major sporting happenings that took place on 19 April