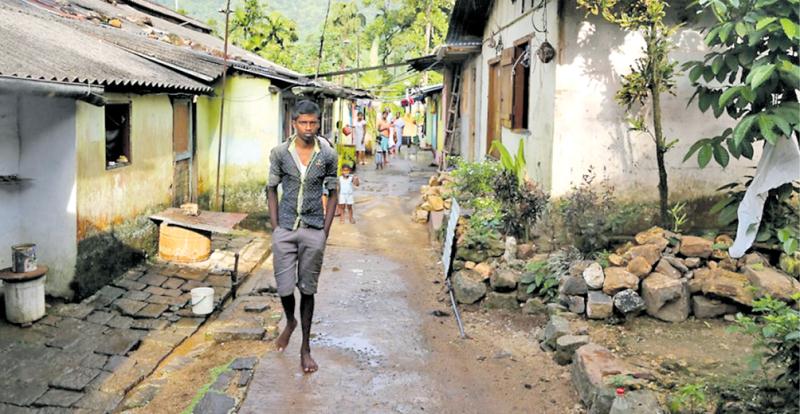 The Minister of Labour and the regional plantations companies (RPCs) appear to be at loggerheads over the implementation of the Rs. 1,000 per day wage hike for estate workers, with the Minister insinuating that the companies were absconding from facilitating the pay hike.

Minister of Labour Nimal Siripala de Silva told The Sunday Morning that he met with RPC representatives recently, where he had instructed that the daily wage demand of Rs. 1,000 per day for estate sector workers be brought into effect.

However, he said that RPC representatives had objected over losses that would be incurred.

He said he had not received a definite and direct response and therefore, had given a period of two weeks to bring the salary hike into effect, adding that he had an alternative which would compel the companies to do so.

“I think the general feeling is that most of the owners are prepared to pay but they want to negotiate. So, I have given two weeks’ time for them, after which I have a plan to implement. I don’t want to reveal the plan because they will prepare themselves. I have a plan to make them pay. I want this handled amicably and the best thing to do is to come to an agreement like it was done before.”

He then criticised the RPCs for failing to uplift the conditions of the estates and alleged that other sources of income such as mining in the estate lands were being exploited.

“The other thing is that most of them can pay but they are not developing the estates; instead, they are earning from other methods. They are living on extra, miscellaneous income, such as through mining and timber harvesting. But there are a lot of lands available for replanting, increasing productivity, and manuring; if they do all these properly, they will be able to get a better yield and thereby pay the workers,” he further explained.

De Silva also pointed out that the Government has taken over a lot of the additional expenses of the RPCs under its own budget, leaving less costs to be incurred by RPCs.

“For example, earlier, the healthcare of the plantation workers was under the estate management, but now they don’t have to pay a single cent for healthcare. Infrastructure development in the estates has been taken over by the by the Government as well – we are tarring/completing the roads, providing water, and the Indian housing scheme is assisting with housing. All these should be provided by the estate companies.”

Asserting that no successful businessman would continue the same conduct of a loss-making enterprise, the Minister said he was confident the wage increment would be implemented as the RPCs could not justify their excuses.

“There is something hidden here, isn’t there? Then, about the outgrower model – no, first they should start with this (the wage hike) as those models (outgrower model) will take time to be properly introduced. After two weeks, I’m confident they will agree because I have demolished all their arguments. There hasn’t been any other minister who has taken this much interest and done this,” the Minister emphasised.

Meanwhile, newly appointed Planters’ Association of Ceylon (PA) Chairman Bhathiya Bulumulla told The Sunday Morning that they would submit a proposal on a new salary scheme based on productivity.

“Actually, we have not said ‘no’ to this (the Minister’s request). We have given a proposal but the unions did not agree. We have given a productivity-based model but the unions are asking for a flat rate. But such a flat rate cannot be afforded by the plantation companies at the current tea prices. So, we will now modify and submit another proposal. Discussions are going on and (a decision is) still not finalised. Before two weeks, it will be finalised and the Minister will be provided with a new salary model,” Bulumulla noted.

He then went on to say that it was unrealistic of the Minister to demand the implementation of the salary increment within two weeks, particularly due to the Collective Agreement in place which will expire only next January, adding that therefore, the current salary will continue until such time.

“Generally, two to three months prior, we start negotiations with the relevant parties; that will take place. He wanted the basics to work out and the modality of payment, and we will give it to him. We have to start negotiations with the unions over the salaries because they could make other demands despite us handing it over to the Government. This is always the case.”

Bulumulla then affirmed that it was not possible to give the proposed Rs. 1,000 per day wage for estate sector workers, as the Minister had requested, at the current tea prices.

“If the productivity is not included into this model, the sustainability of this industry is a big question mark. To implement any new salary scheme, it must be included into the Collective Agreement,” he pointed out.

• Labour Minister goes on the offensive

December 17, 2020 byNethmi Liyanapathirana No Comments
Spearfishing, the trophy fishing sport of hunting fish underwater using spear guns and diving gear, was practised in Sri Lanka until 2017. It was banned a mere three years ago under the Fisheries..

April 16, 2022 byNews Admin No Comments
The people’s protests that commenced on 31 March are moving onward and forward as citizens gather at various protest locations around the country demanding the incumbent Government to own up to the at