Still stuck in the middle ages

November 14, 2021 by Dimithri Wijesinghe No Comments

The daily wage of a Sri Lankan estate worker is Rs. 1,000 per day. However, they’ll be lucky if they get to work 15 days a month, which brings their monthly income to barely Rs. 15,000, and after the deduction of EPF and ETF, there’s not a whole lot left for them to take home. 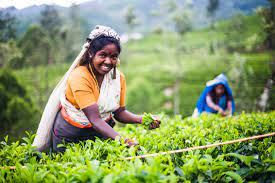 This Rs. 1,000 wage is a recent development, courtesy of the gazette on increasing the daily wage of estate workers issued by the Secretary to the Ministry of Labour, which came into effect on 5 March 2021. This decision was effected through the Wages Board, and an increase in wages is always seen as a plus. However, the ground level reality is a far cry from the supposed positive effects this proposal was expected to bring.

When speaking to 2020 parliamentary election candidate Mookan Chandra Kumar, who was in the running to become only the second Tamil candidate to win a seat from Ratnapura district, he shared that the current situation is of a sort where the estate and plantation owners are misusing this new regulation.

He said that previously, estate workers earned a daily wage of Rs. 750. However, they would be allowed to work at least 20-25 days a month. They were required to collect up to 18 kilogrammes of tea, and were also able to earn about Rs. 30-40 for every extra kg they were able to collect. However, with these new regulations, the collection sample has increased to 22 kgs, and workers can no longer collect the extra payment for additional kgs collected. He further added that if you do not meet the quota then you are paid half the daily rate, which is Rs. 500.

If you have a basic idea of how much it takes to sustain oneself per month, then surely you can empathise with the plight of these estate workers. Often, elderly women who have been at it their whole lives must collect their meagre pay at the end of the month.

Chandra Kumar shared that simply raising these daily wage rates via a gazette notification is not enough. He provided that the plantation and estate industries are in dire need of being subject to a serious transformation. “It must be updated and restructured,” he said, adding that the entire system is still rooted in the way that the British introduced it: “It is a primary crop that we export, how are we still allowing its primary labour force to endure these archaic practices?”

There’s a lot more to it than wages 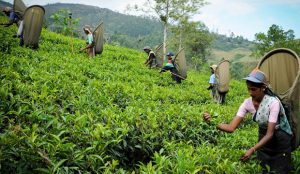 One primary concern is related to healthcare. Piyasekara said that there are two major concerns when it comes to healthcare. First, there is a difficulty in gaining access to healthcare, and secondly, there is a general lack of awareness about health and nutrition, which leads to serious health complications.

Considering that estates are situated deep within these rural villages, while the roads leading up to the village might be accessible, the roads that lead to the estate itself are impossible to navigate. This makes it impossible to commute up and down if one wishes to reach the town from the estate in the event of an emergency. Moreover, there are many occasions where one would need to go into town, primarily because there is no healthcare within the estates or villages.

The way that healthcare functions in estates is that they all have inter-estate dispensaries. Piyasekara stated that these are usually manned by pharmacists who are, at best, able to give you a Panadol or something for a cold. If you are seriously ill, then they direct you to the main hospital in town. However, as of recently, even these dispensaries have begun to close down.

He shared that the welfare for estates operates under the Plantation Human Development Trust (PHDT) under the purview of the Ministry of Plantation Infrastructure Development. The PHDT is a Tripartite Organisation consisting of the Government of Sri Lanka (GoSL), Regional Plantation Companies (RPC), and Plantation Trade Unions (TU) formed by the GoSL to implement social development programmes to enhance the quality of life of the one million plantation community in the estates managed by the RPCs.

However, this Trust is managed in such a negligent manner that there are simply no resources allocated to address the health concerns of these estate workers.

He also shared that on top of the lack of access, there is an alarming lack of knowledge about nutrition, sanitation, and healthy practices. “There are some of the younger generation who are aware of the importance of taking care of one’s health. However, the primary population of estate workers are elderly and they all suffer from a host of non-communicable diseases. Their diets consist almost entirely of flour and they all use public toilets that are causing various diseases to spread across the community,” said Piyasekara. 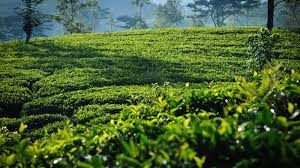 Chandra Kumar also said that at present there are smaller estate owners who happen to be producing more products than these RPCs. He shared that even the estate workers are either leaving the RPCs and joining the smaller land crops full-time, or they take on night duty and clock-in some hours at those estates. He attributes this to these workers being able to collect their wages daily, and when they work nights they can earn as much as Rs. 2,000 a day, which can make a huge difference when you are going from paycheck to paycheck.

He shared that it may be a good idea to look into implementing this method to all of the larger estates as well, and to give smaller crops to more manageable groups who can attend to their individual estates. It could potentially be the future of estate and plantation work.

Chandra Kumar also spoke on the matter of loss of labour; he shared that if we were to project forward another decade or so, there will be absolutely no one left to work in the plantations. “In the past, we had a number of 500,000 in estate workers. However, now the number has gone down to only 150,000,” he said, adding that the primary reason for this rapid loss of labour is due to the unfavourable conditions in the industry.

He shared that the children of estate workers strive to leave the estate as they do not see a pleasant future in their current predicament. Many leave to work in garment factories, and this too is a cause for concern in recent times during the pandemic. For instance, many of them would cross the border and return carrying the virus, and a number of estates had to go into lockdown because of the spread of the virus, which in turn resulted in many of them losing their daily wages and plummeting into further poverty.

He also said that this loss of labour is also a reason why so many resources are held back from these communities. Piyasekara added that many RPCs are afraid that if the estate workers are empowered they will in turn lose this cheap labour force, which will only cost them more money, thereby affecting their profit margins.

He stated that education is yet another area that is largely lacking in the estates: “There are some schools. However, there is a serious lack of Tamil medium schools especially when it comes to maths and science. A Tamil-speaking child from the estates will never be able to become an engineer or doctor because they do not have access to that knowledge in their spoken language.”

Chandra Kumar stated that in order to make change happen, you must empower the estate and plantation communities. He said that it must be transformed into a dignified occupation: “It has been done in Malaysia, India, and even Nepal, so why not Sri Lanka?” He stated that in addition to the necessity of resource allocation – medicine, security, education, benefits, etc., the industry must also be given its due respect in academic institutions.

He said that much like in agriculture and fisheries, the plantation and estate sector must be introduced in academia. Further, they must study it in universities so that a person could acquire an academic qualification, perhaps even a degree, and return to the estate so they may contribute and give back to the community. He shared that it is imperative that communities are empowered, educated, and shown respect, since that is the only way to sustain a community and industry.

May 31, 2020 byBernadine Rodrigo No Comments
The President announces his passion project to conserve our dying heritage