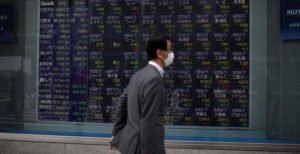 A number of share markets around the world were hammered last week by the pandemic, resulting in some of them recording their worst trading days in decades, particularly Asian stock exchanges.

The stockbroker community is to submit a set of recommendations to the Securities and Exchange Commission of Sri Lanka (SEC) early this week in order to contain the losses suffered at the Colombo Stock Exchange (CSE) as well as to help its recovery in the short term.
This is following an emergency meeting held between the stockbroking community and the SEC on Wednesday (11) to assess the current situation in the stock market and determine what regulatory relief and assistance is needed to manage it.
The meeting, which had been convened at short notice, had ended with an agreement between the SEC and the Colombo Stock Brokers Association (CSBA) to present a set of recommendations to arrest the slide in the market and also to mitigate the impact of the global coronavirus outbreak (COVID-19) on the market.
However, the number of confirmed COVID-19 cases in Sri Lanka had risen to five at the time of going to print on Friday (13) evening, signalling another tough week ahead for the market from tomorrow (16) onwards.
This meeting came in the middle of a week which saw regular trading at the CSE being halted for 30 minutes on three days after the S&P SL20 (Standard & Poor’s Sri Lanka 20) index, which includes the 20 largest companies by total market capitalisation listed on the CSE, fell by 5%.
The All Share Price Index (ASPI) of the CSE recorded the second biggest drop in history on Tuesday (10) as it dropped by a record 221.24 points to close at 5,121.91 points.
This was a cascading effect of a number of share markets around the world being hammered last week by the pandemic, thereby resulting in some of them recording their worst trading days in decades, particularly Asian stock exchanges.
The preparation of the recommendations will be led by the CSBA, the apex industry body representing stock broking companies licensed and regulated by the SEC.
The meeting was attended by SEC Chairman Viraj Dayaratne PC and Director General Chinthaka Mendis, along with Commissioners Institute of Chartered Accountants of Sri Lanka (CA Sri Lanka) President Manil Jayesinghe, Central Bank of Sri Lanka (CBSL) Deputy Governor H.A. Karunaratne, Priyantha Ratnayake, Naresh Abeysekera, and CSE Chief Executive Officer (CEO) Rajeeva Bandaranaike.
The CEOs of stockbroker firms had expressed optimism noting that the CSE would bounce back strongly since the downturn was due to a global phenomenon. They also expressed the view that there is scope for investors within the Sri Lankan market due to the attractive valuation our market offers.

May 25, 2021 byNews Admin No Comments
Lanka Hospitals Corporation PLC (LHC), in its annual report for the financial year 2020, stated that the company earned revenue of Rs. 6.8 billion, which is a year-on-year (YoY) contraction of 10%, du

April 3, 2022 byNews Admin No Comments
Sri Lankans aspiring to build or buy their first home with bank loans will receive a significant financial concession from the Commercial Bank of Ceylon with the introduction of a new Home Loans produ