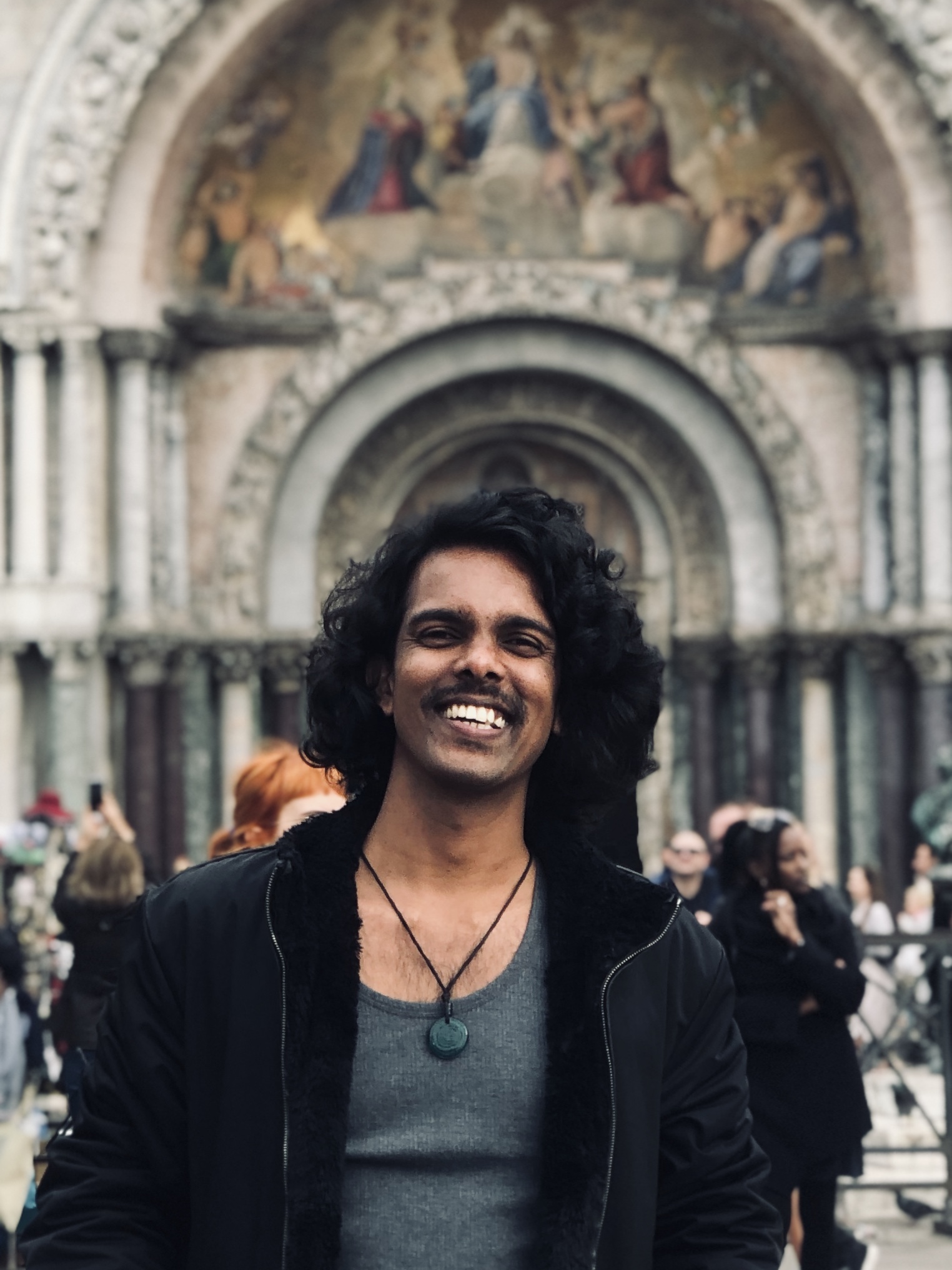 April 12, 2020 by Dimithri Wijesinghe No Comments

Kapila Rasnayaka is well known for his social work through the “Voices of Humans” organisation. As the Founder and Director of the organisation, he has worked tirelessly towards promoting a “genderless society”.

As of recent, Kapila has found considerable recognition as a social media personality creating content to promote his offline activities in encouraging youths to be environmentally conscious, which has also allowed him to bring in a new dimension to his work as a global advocator of sexuality, gender, and human rights.

However, his content is rather unconventional in that it is often comedic and satirical and left for the audience’s interpretation. Recently, Kapila shared a video where he declared he would no longer continue to create such content as it has been brought to his attention that this particular type of content is affecting his “legitimacy” as an educated professional raising awareness on important issues in society.

The video, of course, was dripping with sarcasm and served as somewhat of a criticism to his critics. However, as the video proceeds, he mentions that he creates content in that particular way with a deeper understanding of the subject matter and that there is rhyme and reason to his methods; he further declared that he is not in fact “abusing substances” or “mentally unstable”.

The Sunday Morning Brunch caught up with Kapila to discuss the true intentions behind his content, his “clap back” to his haters, and what he as a content creator and social worker has to say about our shared experience of the current global pandemic and how best to deal with it.

Critics will be critics

Kicking things off, Kapila got straight to the point, speaking of his response video setting the backdrop for his newfound fame on social media as an “influencer”. He spoke about the Instagram clip on his profile showing him smelling a jasmine plant; it went viral resulting in memes and various other satirical reproductions of his clip. Since then, he has shared similar content where he is interacting with nature.

“I have got many positive responses to my videos; I get messages from boys who say they are hugging trees, having a positive uplifting time with nature, and I got a message recently from a girl who is now growing kakiri and has a small crop of it,” he shared, all of which has been in response to the messaging in his videos, which is never direct but it’s quite obvious to anyone who pays attention: Protect the environment and embrace the agricultural way.

“Sri Lankans are surrounded by nature, but they are not connected to it,” Kapila shared, stating that his goal is to encourage people to look beyond their limitations and turn to nature for comfort. As for the critics, he said: “Almost all the responses I get are positive except for 0.1%,” which he believes is inevitable due to the nature of the internet.

Referring to him having received criticism for being “foolish” or a “comedian” along with the advice to stop creating comedic, indirect videos and instead speak seriously in a way suitable to his stature, he said that there is an illusion in Lankan society; a kind of “artificial professionalism”. He added that we often get a hold of ideals from the West without fully grasping its meaning.

In our society, sure we can enjoy comedy, but we do not give value to comedy and comics, he said, adding that there is an underlying perception that they are foolish and therefore are not to be taken seriously; in the West, comedians form the backbone of communities. He said that after he posted his response video to the critics, except for a single message, thousands of other responses he received were positive, with some people even claiming they start their day with his videos.

Sharing that he is confident in the method he has chosen to share his message, as he is not blindly creating content, Kapila said: “The videos I make, I make them with an educational background.” This certainly rings true as he is an experienced community social worker with expertise in rights-based advocacy and working with marginalised groups.

Kapila is an expert in choosing art-based approaches to address social issues. Being a playwright and director, he has engaged in youth activism for over a decade with a number of local and international organisations including the United Nations (UN). Having completed his Master’s in Sociology at the University of Kerala, India, Kapila is currently working as a gender consultant for SAPP (Smallholder Agribusiness Partnerships Programme) implemented by the Ministry of Agriculture and Rural Development.

His education and expertise are certainly not in question and his confidence, quite frankly, is well founded. So he shared that because he happens to know what he is talking about, he has resolved to be “as crazy as possible in my videos” because that is what works.

Kapila shared that there has been more direct and to-the-point content containing a lot of valuable data and statistics, but unfortunately such messages receive very little exposure and attention. “They will get like 1,000 or 2,000 views maximum, but when I smell flowers and talk to animals and tell the story in a different way, people watch that…that is how you send a message – it is icing around the medicine,” he emphasised.

The way Kapila approaches his content is, according to him, authentic. “You see people on the television with makeup, but they are not the real person (they portray). But in my videos, I have no makeup, I have no lights – it is totally authentic. It is the real thing and the audience responds well to that type of content because everyone can relate,” Kapila pointed out.

‘Deconstruct constructed behaviour’ in this time of pandemic

Kapila strongly believes that this constructed world we live in has distracted us from our fundamentals. He said that we all live humdrum lives in a fantasy world that is a construct, but with all this time we have been given now, the present would be the perfect time to visit “the inside world”, by which he means looking inwards by starting to practise mindfulness.

He believes that we must take this time to self-reflect. He said that when you have a lot of time on your hands, it really leaves space to bring out your inner creativity.

“All this time, we have been driving up a highway, but now we have been given the opportunity to abandon the highway system and get back to the normal roads,” he said, adding that we should take a break from fast-paced mindless existence.

“You are the centre of your universe. This is a more complex exercise, but you can reshape your reality; even if you are restricted to four walls of concrete, you can be in the thickest of jungles. It doesn’t matter who, where, or what you are…it is all based on your perception,” he shared.

Most importantly, Kapila said that while you engage in activities by which you acquire knowledge and enrich you, you must also strengthen your connections.

If you are spending your time under curfew with a partner, take time to talk to each other and re-learn about one another – reflect on when you first met, how you felt then, how you feel now, etc. Rekindle that initial attraction. He also said it is important for people to stay healthy and so they must exercise, but it doesn’t have to be a serious workout; dance around your space to maintain your health.

Kapila said that what we are experiencing right now is actually “physical distancing rather than social distancing”, and that socially, we are able to connect more than ever before. Therefore, it is our responsibility to take charge of our lives and stop simply existing and start living.

The bigger picture of marine conservation

August 29, 2021 byNews Admin No Comments
The sinking of the MV X-Press Pearl, being the first Sri Lankan maritime disaster of its kind, has occupied an unassailable spot in our collective national psyche. The X-Press Pearl, which sank off ou