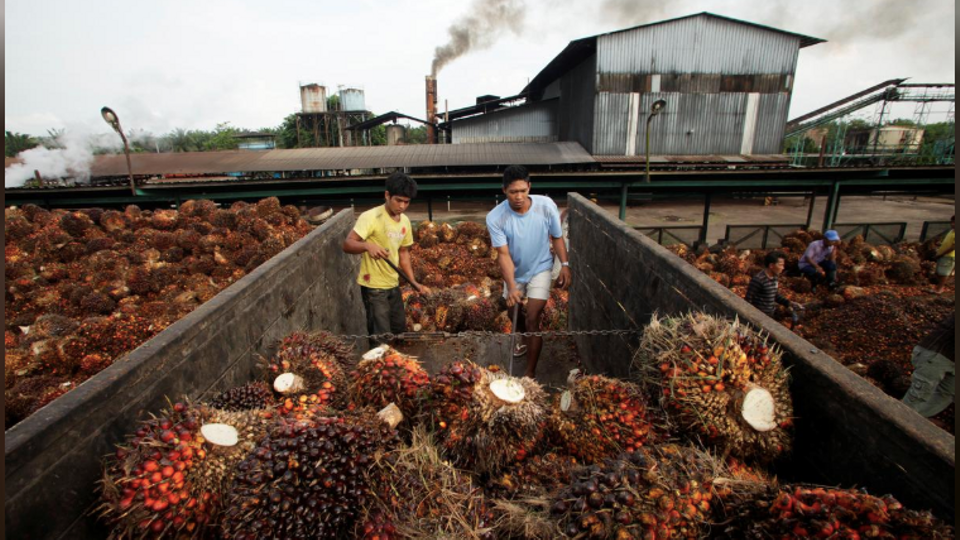 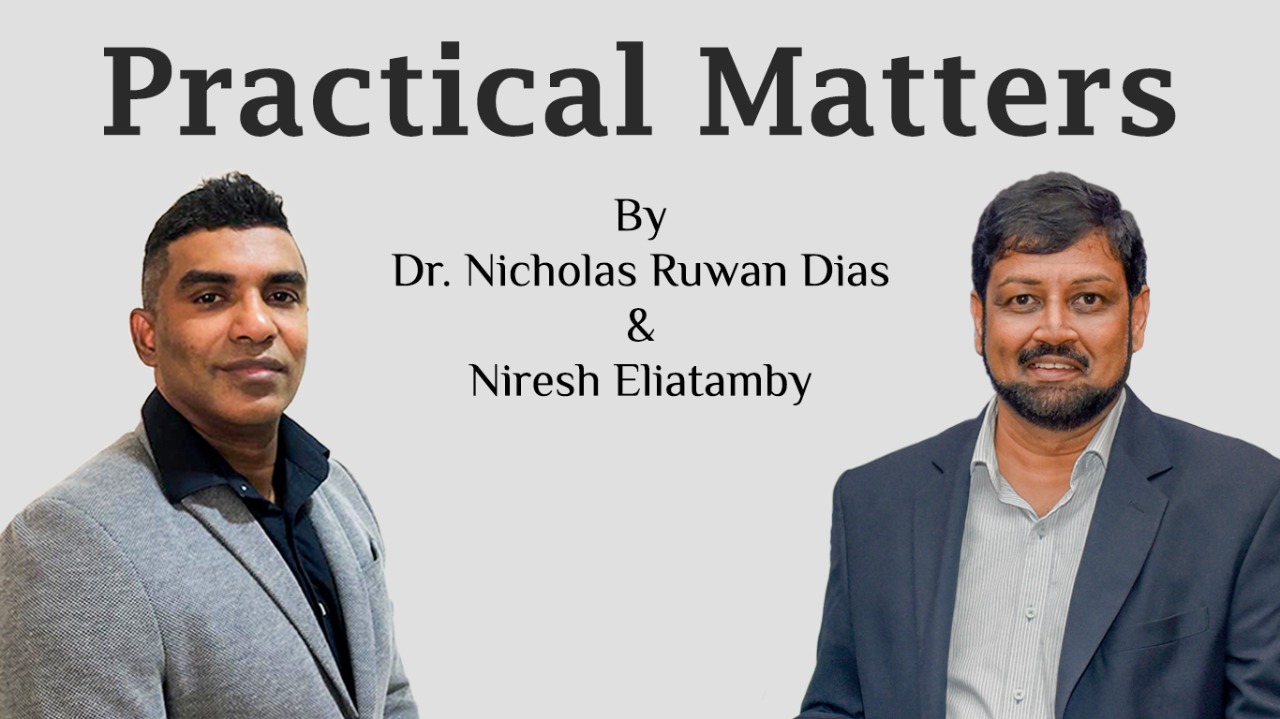 Why are Sri Lankans so bad at Change Management?

Or to put it another way, why is it that Sri Lankan leaders – state and private sector – often take wrong decisions that have negative impacts, and after weeks or months of much confusion have to rescind those decisions and go back to square one?

This isn’t a critique of the country’s current leadership, but it is a worrying trend that goes back decades or even centuries. Go back in history and we see the disastrous Sinhala Only Act; the Citizenship Act; the then Government’s tacit approval of anti-Tamil rioting in July 1983 that transformed a minor movement into a full blown war that took three decades and over 100,000 lives; the nationalisation of private lands in the seventies; the banning of imports without first boosting domestic production.

Go back even further and we come to the Kandyan Convention, where our Cabinet of nilames signed over the country and the king to the British without reading the document properly and examining the consequences of the nation becoming the property of a foreign power; and two years later took up arms in the ill-fated attempt Uva Rebellion to undo the damage they had done!

The simple answer is that Sri Lankans have not learned the principles of Change Management. Instead, we tend to take ad hoc decisions based on gut feelings or on what a few unqualified people around us may advise. But the fact is that if Sri Lanka is to develop, it is high time that we learn the scientific process of designing and implementing change, which is known as Change Management.

Public sector organisations are often resistant to change. Due to its lack of negotiable timetable and planning as well as logistical and political problems that are not taken into account, any attempt at change in the public sector is extremely controversial.

The private sector is also guilty of ad hoc decision-making without proper reasoning. For example, the overwhelming public perception is that Sri Lanka’s second wave of Covid-19 last year came out of a garment factory in Minuwangoda run by one of the country’s largest and most politically powerful apparel giants. The sequence of ill-thought out media releases that followed out of this firm only added more fuel to the fire, confirming that the firm took up a policy of divesting itself of responsibility by hiring temporary workers from manpower agencies, whose welfare it said in writing was not the responsibility of the firm, in a clear attempt to fulfil an order by any means possible. This selfish, ill-thought out, money-centered decision cost the economy billions of rupees, and cost many people their lives.

Understand that no one person knows everything

There’s a Sinhala proverb that says that a person’s entire knowledge is but a drop of water compared to the ocean of knowledge that our species has gathered. What this means is that a person who is qualified, skilled and experienced in one field should not assume that they are capable of making decisions in other fields. Skilled political leaders should not take economic decisions without seeking the wisdom of senior economists. Distinguished military leaders need to listen to the counsel of scientists and not keep on parroting a phrase about “we won the war, so what is a little virus to us?”.

Take for instance the current Covid-19 wave sweeping the country. While India was reporting the highest daily infections of any country in the history of global pandemics, Sri Lanka was inviting Indians to visit our Emerald Isle. Little thought was given to the fact that we were also inviting into our country all the germs of India, including the deadliest strains of Covid-19. The national carrier even issued a media release announcing the resumption of flights to India to bring Indian visitors in. There was much public outrage when Indian ‘tourists’ grateful to escape their hellhole even Tweeted their thanks with photos of our lovely beaches. After a few weeks of this lunacy, the Government closed the barn door after the horse had gone by banning entry of visitors from India. This is not rocket science.

In fact, much of Sri Lanka’s Covid-19 response has been too little, too late, with unqualified political leaders and civil servants taking ridiculous decisions that went against everything that the medical and scientific communities were demanding be done. Lockdowns were delayed for weeks when even the average Sri Lankan knew it was urgent to do so. The number of ICU beds was not sufficiently increased despite the pandemic having been going on for over 16 months now. The fact that the new variants are far more virulent and deadly, which the medical community was repeating daily, fell on deaf ears of decision makers who were clearly uneducated in this field.

Decisions that impact relationships with other countries must only be taken after consulting with the Foreign Service about the likely reaction of other governments.

The latest gaffe was the ban on imports of palm oils, accompanied by a publicity campaign that touted the evils of palm oil. However, just days later, a Cabinet Minister appeared to backtrack quite a bit by saying that certain imports would be allowed. The fact that he had just been visited by the representatives of the governments of Malaysia and Indonesia, both friendly countries that are the world’s largest exporters of palm oil, was not a coincidence.

During the last regime, the import of asbestos was banned on the grounds that the product causes cancer. However, this decision was rescinded when Russia, a large exporter of asbestos and an important customer of our tea industry, announced restrictions on Ceylon Tea on the grounds that a type of beetle was found in a box of tea! Once the asbestos ban was removed, the beetle magically disappeared and the restriction on our tea was also forgotten!

Reasons of failure of change 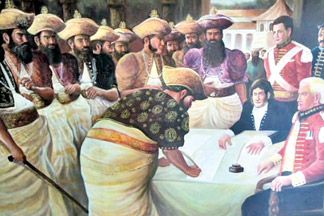 The Kandyan Convention being signed on 2nd March 1815 at the Palace in the city of Kandy.

Are we ready for change?

In life, change is common, a person’s comfort zone is pushed away. The change into a particular type of critical method of thinking involving planning, involvement and evaluation of social changes. Have we described extensively how and why the desired change in a particular context is expected to occur? In the context of the organisation, the exchange of organisational capacity will bring a more promising future. Due to the growth of diverse factors, like customer demand, globalisation, cost and technological progress in recent decades, premiums of organisational change have increased significantly. Therefore, due to the problems of such rapid changes, people must be prepared for changes and adapted to environmental challenges.

It is common for governments to be viewed by society as a waste of money because of the lack of improvements in business processes that generally involve expensive systems. The main reason for this occurrence is that the public service is of poor quality and responsive. There is still a lack of adaptation of the public organisation service to the environment of change and transformation. If only its role is well-exercised, the public organisation, given that organisation success relies on a competent and accountable workforce, will be greatly appreciated and trusted by people.

Change readiness is an early cognitive behavior that leads to change support or reaction. The study of the readiness of Sri Lanka to change also reflects the Government’s aspiration to offer enhanced services to people, particularly to foster community participation.

The resistance to change is sometimes positive, because it maintains stable and predictable behaviour, for example resistance to reorganisation plans or a modification of the product line or service delivery may stimulate a healthy debate about the merits of the idea and lead to a better decision. However, resistance to change obviously constrains adjustment and progress. Resistance to change can be classified as open, implicit, immediate and postponed in four types. Openness and responsiveness are the easiest management, and implicit and postponed management will be the toughest and most difficult. The implicit resistance is regarded as a subtle decline in organisational loyalty, interest in work, increased errors and a growing absence of sickness – and are thus more difficult to manage.

The participants do not refuse to change the absolute; they refuse to sign up and share ultimate aims for a change imposed on the organisation. That’s why approaches like human relationships seem reductionist to resist change. To simply communicate to change is not enough. Communication is extremely difficult when there are conflicting frames of reference between communicators.

A structured approach is a must in change management to ensure that changes are thoroughly and smoothly implemented and sustainable advantages of change are achieved. Change Management is a transitional approach to the desired future state for individuals, teams and entities. The focus of attention is on the broader impacts of change, especially on people and their transformation as individuals and teams from the current situation to the new situation. There has been little research and investigation into the readiness to change organisations to be made in the public sector compared to the private sector irrespective of their relevance and importance. The public sector has also undergone organisational changes, as has the private sector, in order to deliver public services more efficiently.

To reach its potential, the organisation needs to transform the policy and organisational strategy from the simple process of change to the major changes in the weather. Theory of how the organisations change draws upon a wide array of disciplines, from the psychological and behavioural sciences to the thinking of engineering and systems.

Management must prove that the current process or practice is no longer acceptable and relevant to business environments in order to sustain or succeed. Change readiness is one of the most important criteria, where the beliefs, attitudes and intentions of organisations are concerned with how necessary changes are to be made and the capacity of organisations to make changes successful. The need for change can be stressed by spreading the disparity between employees and they therefore feel the desire for change.

Part II will be published next week.

(Dr. Nicholas Ruwan Dias [BSc, MSc, PhD] and Niresh Eliatamby [LLB., LLM., MBA] are Managing Partners of Cogitaro.com, a consultancy that finds practical solutions for challenges facing society, the environment and all types of industries. Dr. Dias is a digital architect and educationist based in Kuala Lumpur, Malaysia [ruwan@cogitaro.com]. Eliatamby is an author, journalist, and educationist based in Colombo, Sri Lanka [niresh@cogitaro.com])

September 2, 2021 byNews Admin No Comments
The Police have arrested a man and a woman who were seen in a video clip shot near the Pahanthudawa waterfall in the Belihuloya area in Balangoda under the Obscene Publications (Amendment) Act, No. 22

‘Why wasn’t India called in sooner?’

June 21, 2021 byNews Admin No Comments
The Samagi Jana Balawega (SJB) yesterday (20) questioned why the Sri Lankan authorities took time to request help from India, despite the fire burning onboard the MV X-Press Pearl ship for about five