Senasinghe in a response letter dated 6 September says he did not believe the letter of inquiry sent on the 26th of August originated from Kariyawasam.

Senasinghe along with minister Ajith P. Perera were informed in writing that the party’s disciplinary committee had decided to call for explanations with regard to their actions before September 09, 2019 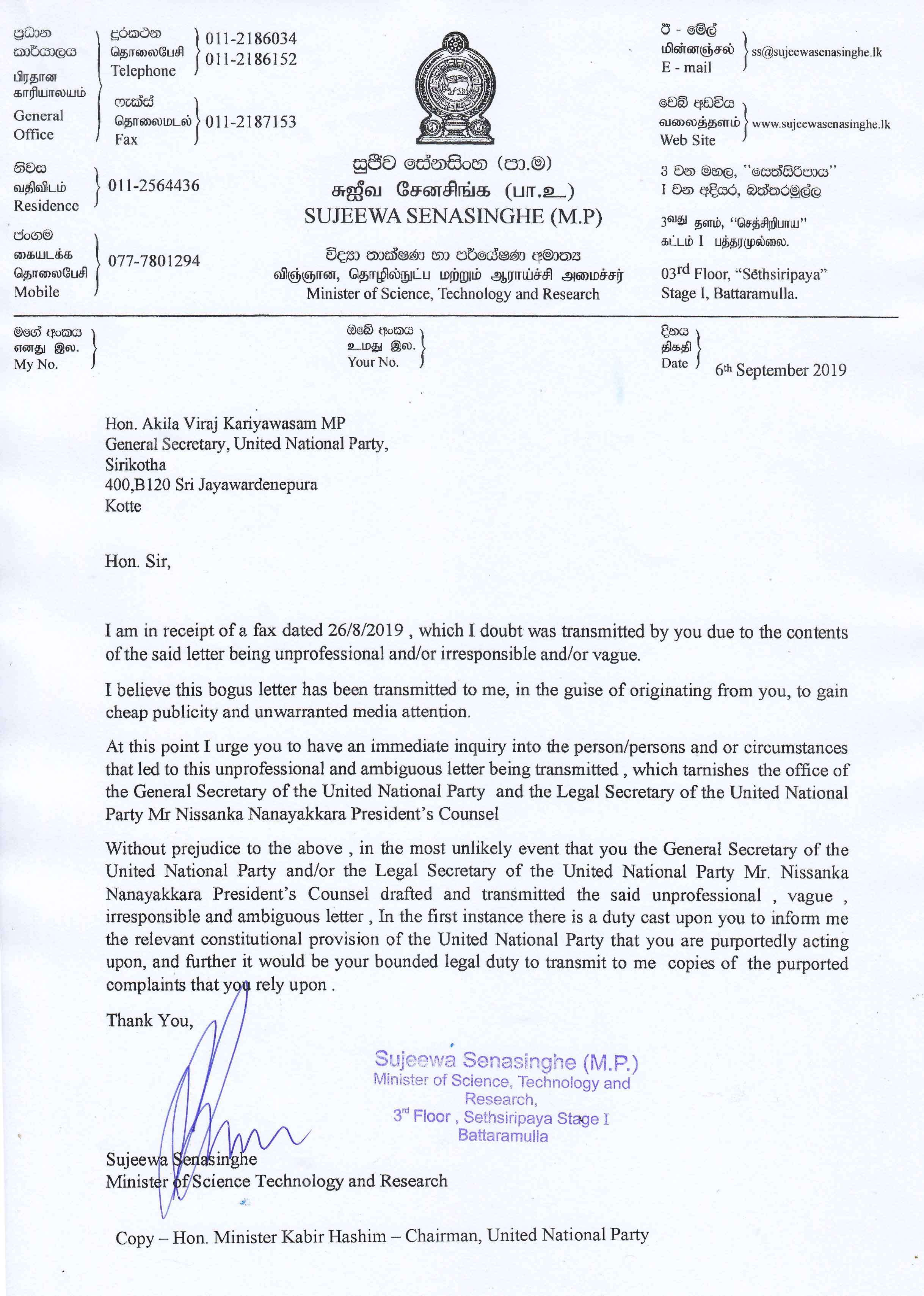 June 4, 2021 byMihi Perera No Comments
The Criminal Investigation Division has summoned the Chairman of the Information Technology Society of Sri Lanka Yasith Kuruwita due to the statement released by the society alleging that many governm