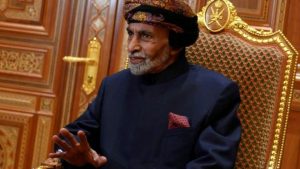 “With great sorrow and deep sadness… the royal court mourns His Majesty Sultan Qaboos bin Said, who passed away on Friday,” a court statement said.

Last month he returned home after undergoing medical checks and treatment in Belgium. There were reports he was suffering from cancer.

Sultan Qaboos was unmarried and had no heir or designated successor.

Three days of national mourning have been declared.

The sultan deposed his father in a bloodless coup with British support in 1970. Using its oil wealth, he then set Oman on a path to development.

According to the sultanate’s Basic Statute, the Royal Family Council – comprising about 50 male members – should choose a new sultan within three days of the throne falling vacant. BBC

May 2, 2019 byRandev No Comments
The UN has designated the leader of a militant group behind a deadly bomb attack that brought India and Pakistan to the brink of war as a terrorist.

May 16, 2019 byRandev No Comments
President Donald Trump has declared a national emergency to protect US computer networks from "foreign adversaries".