Sam “The Puzzle King” Loyd (1841-1911) is considered by many as one of the greatest puzzle creators of all time. He created thousands of puzzles, most of them being mathematical brain teasers. He was also a prolific composer of highly entertaining chess problems. His style was distinguished by wit, humour and the story telling aspect.

In 1859, the editor of the Chess Monthly thought up a little story and tasked the then  18-year-old Loyd to compose a chess position to go with it. The story revolves around a chess game played between a king and his general/minister during a time of war. While the battle is raging outside, they continue to calmly play the game as if nothing else matters. The king announces a checkmate only to see stray bullets hit some of his pieces one by one, breaking them into fragments. This, as it turns out, changes the evaluation of the position every time.

It took less than a day for Loyd to come up with a three-part story to match the narrative. Later two prominent composers expanded the theme by adding a prequel and a sequel.

Loyd picked “Skirmish at Bender” as the stage for his tale. King Charles XII of Sweden, playing white, was said to have obtained the following position while his camp was being besieged by the Ottomans. 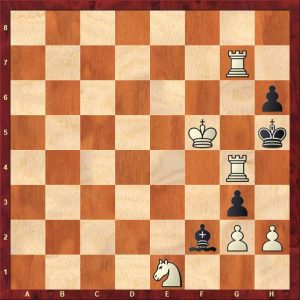 Suddenly, a stray ottoman bullet hit the white rook on g4 and smashed it to smithereens. Ignoring the worried look on his minister’s face, Charles XII studied the position – now minus the rook on g4 – without a care in the world. After a brief thought, he announced a checkmate in three moves! 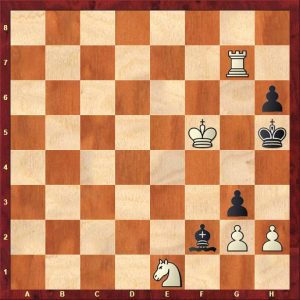 Scarcely had the words escaped the king’s mouth, another bullet broke through and accounted for the poor knight on e1. Charles XII calmly asked his now very agitated partner to look for the other white knight among the captured pieces and proceeded to examine the new position. “Aha”, he said. “We might not need that knight after all. I still have a checkmate in four”. 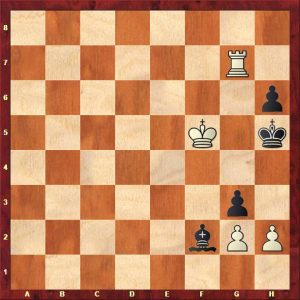 Soon after, another ottoman bullet made its way through and accounted for the white pawn on h2. The minister, whose enthusiasm for the royal game was visibly dampened by all the flying bullets, tried to talk the king into abandoning the game. However,  as you can probably guess, the king was now engrossed in this new position. “Thankfully, I still have a checkmate in five”, he claimed. 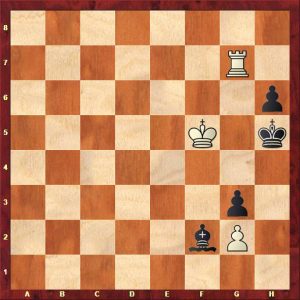 This one is perhaps the trickiest of the lot. White must find the idea of repositioning the rook with the Rb7-b1-h1 maneuver.

Predictably, just as Charles XII was about to pick up his rook, the rook suffered the same gruesome fate as his compatriots. Meanwhile, who finally succeeded in finding an extra knight and a pawn among the captured pieces, placed them on e1 and h2 respectively.

“I still have a mate in six”, said the delighted king. 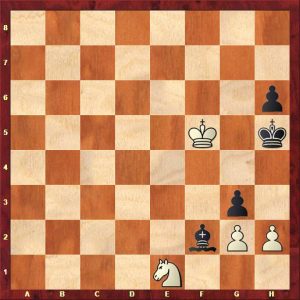 October 31, 2018 byRevatha No Comments
With less than a month to go, entries top 100 including international participants.