February 7, 2021 by The Sunday Morning No Comments

Sri Lanka, while being predominantly Sinhala-Buddhist, is a multi-ethnic nation that has even given due recognition to this fact in the country’s national flag – the lion flag. Hence, co-existence plays a key role in the country’s being. 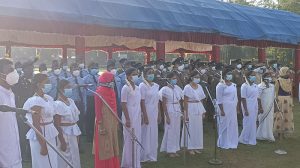 Students in Vavuniya singing the National Anthem in both the Sinhala and Tamil languages to commemorate 73rd Independence Day, 04 February 2021, Photo Courtesy Virakesari

Co-existence in Sri Lanka, which is currently moving forward after a three-decade war, brought to an end in 2009, could be promoted in different ways.

One such situation was witnessed on Thursday (4) in Vavuniya when the country celebrated its 73rd year of independence.

A group of students in Vavuniya had sung the National Anthem in both the Sinhala and Tamil languages to commemorate Independence Day.

The event was reportedly held under the patronage of the Vavuniya District Secretary Saman Bandulasena. Parliamentarians as well as officials representing the District had also participated in the ceremony. 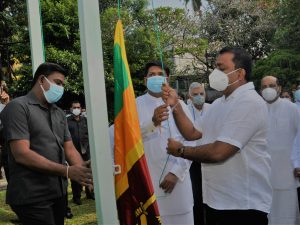 Wickremesinghe had requested UNP Deputy Leader Ruwan Wijewardene to lead the celebrations together with the office bearers.

In fact, Wickremesinghe had left shortly after the event organised at the party headquarters, Sirikotha, had commenced. Wijewardene continued to lead the programme.

Foreign missions are often tasked with attending to diplomacy while also serving the country’s nationals in the respective country. However, an unusual development that had proven to be quite troublesome to the Sri Lankan mission in Cyprus was witnessed last week.

Posting a message on its official Facebook page, the Consulate General of Sri Lanka in Cyprus had urged lovers of repatriated Sri Lankan migrant workers to refrain from requesting personal details.

The mission has informed that it will not provide details of Sri Lankan migrants being repatriated to unknown persons identifying themselves as lovers of the respective migrant worker.

The Consulate General has noted in the message that it had received phone calls from different people to find out if their girlfriend had been registered in the list of passengers on the next flight due to arrive in Sri Lanka.

The message has noted that the Consulate General’s Office had received many such calls to find out if the people who had travelled in the last flight had arrived in Sri Lanka.

Stating that boyfriends and girlfriends should solve their issues on a personal level, the Consulate General of Sri Lanka in Cyprus had noted that any information owned by the Office will not be given to unknown persons.

However, the relevant Facebook page has been sharing information on Sri Lankan migrant workers in Cyprus during the Covid-19 pandemic, attributing it to the Consulate General. 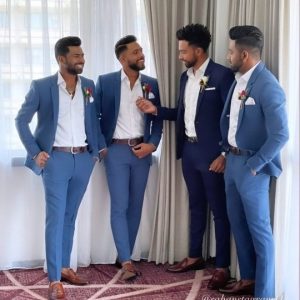 Wedding jitters have now been given a new connotation after Sri Lanka Cricket (SLC) last Friday (5) announced the postponement of the impending West Indies tour that was scheduled for this month.

By mid-last week, there was speculation that SLC would postpone the West Indies tour after several members of the cricket team in the training pool had tested positive for Covid-19.

They were taken to a quarantine hotel last Thursday (4).

Afterwards, all players who were identified as their close contacts were instructed to self-quarantine.

Meanwhile, the wedding of Sri Lankan cricketer Kusal Mendis, which is scheduled this month, is also reportedly under the spotlight due to the Covid-19 scare in the SLC.

The issue of alleged illegal destruction of forest lands and the felling of trees has become a hot topic islandwide. 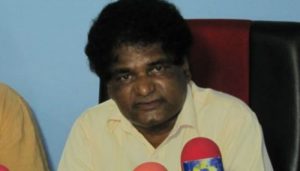 However, State Minister for Wildlife Protection, Adoption of Safety Measures including the Construction of Electrical Fences and Trenches, and Reforestation and Forest Resource Development Wimalaweera Dissanayake had something interesting to say about the issue.

The State Minister had said that the felling of trees and clearing of forest lands had taken place during successive governments in the country.

Addressing the media, Dissanayake had said that these actions (cutting of trees) had taken place from the time of King Pandukabhaya and is continuing even today under President Gotabaya Rajapaksa.

Freedom to get high

This time, it was regarding the legalisation of cannabis in the country.

The Thera, during an online interview, had explained that like many Asian countries, Sri Lanka has a long, illustrious history of cannabis use and cultivation where our forefathers had used it in Ayurvedic medicine. However, the situation had changed in order to facilitate the entry of foreign-owned tobacco companies, and cannabis was declared a banned substance as a result.

He had further stated that even after 73 years of independence, Sri Lanka has still been unable to change this scenario.

The Thera had further stated that toddy can also be considered a medicine and that even a medicine taken in excessive amounts would have adverse effects.

“If we look at these two facts alone, a question arises as to whether we are truly free as a nation. What kind of liberty have we celebrated for 73 years?” Ven. Gnanasara Thera had questioned.

The internal squabbles in the Government continue to make its way to the public domain from time to time. 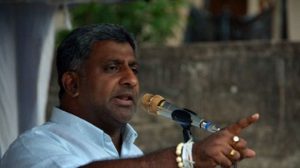 One such instance was recently witnessed when State Minister Prasanna Ranatunga made a public statement that the conspiracy that was afloat during the period of President Mahinda Rajapaksa in 2015 was once again prevalent in the government ranks.

Addressing a meeting in the Minuwangoda area, Ranatunga had said: “There’s now a trend being built to criticise the Government. The Opposition wants to make this an anti-government force. The Opposition is spreading lies on various issues ranging from burials, cremation, Dhammika tonic, ECT (East Container Terminal), bringing tourists to the country, and so on. However, even our ones (members of the Government) get caught in this. Despite the Government explaining its stance on these matters, the Opposition continues to spread lies. Unfortunately, some of those who had helped the Government come to power also believed these lies. This is what happened in 2015. Some of our people got caught in that conspiracy. The Opposition has launched a campaign to discredit the Government. It has received the support of western forces. The conspiracy that was unleashed against Mahinda in 2015 has now been applied to the Mahinda-Gotabaya Government.”

The spread of Covid-19 among parliamentarians, especially those who had publicly consumed a so-called curative tonic prepared by Dhammika Bandara, was much talked of in the past few weeks.

Speaker Mahinda Yapa Abeywardena had also consumed the tonic prepared by Bandara with pictures of it making the rounds on social media.

However, responding to queries posed on the consumption of the tonic, the Speaker had said that he had consumed the tonic in the prescribed dosage.

Referring to the spread of the virus among legislators, the Speaker had said that public representatives are prone to get infected since they have to frequently attend public functions like weddings and funerals. 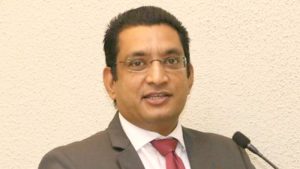 Justice Minister Ali Sabry last week noted that obtaining a two-thirds majority in Parliament alone does not solve problems without a well-co-ordinated strategy coupled with a rational approach.

He has stated that many governments that had received a two-thirds majority in the recent past weren’t able to capitalise on that opportunity.

According to Sabry, at first glance, it seems as if almost every government that has obtained a two-thirds majority has mismanaged it and that the current Government should also be prepared to face that reality.

The Justice Minister had made these observations in an online interview.

March 21, 2021 byNews Admin No Comments
The Covid-19 pandemic has resulted in a large number of private sector employees losing their jobs, particularly in the apparel sector, The Sunday Morning learnt.

January 3, 2021 byNethmi Liyanapathirana No Comments
The illegal trespassing of Indian fishermen into Sri Lanka’s waters has been a perennial problem, spanning beyond a period of 20 years. Despite the efforts of authorities to put an end to this ill..