Sunny Side Up: A monk in tears 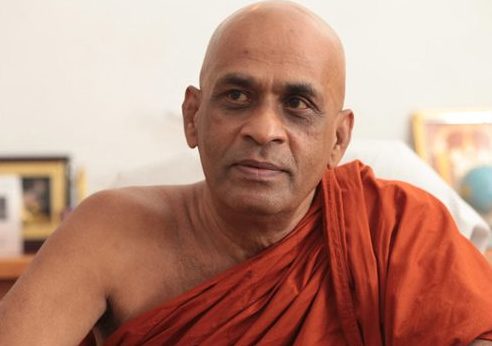 Ven. Elle Gunawansa Thera, who played a key role in ensuring victory for the Sri Lanka Podujana Peramuna (SLPP) at the last presidential and general elections, had tearfully said that he had decided to seek legal redress against the Government’s alleged move to sell valuable land in the country.

The Thera had said that he cannot turn a blind eye and will not stand aside allowing the country’s destruction to take place.

Ven. Gunawansa Thera made these observations recently during a discussion on a private television station.

He had said it was his duty to protect the country that had been offered to the Lord Buddha.

An emotional thera was seen shedding tears during the discussion.

Ven. Gunawansa Thera had also noted that he had already laid the groundwork for a programme to address the present issues faced by the country.

Death penalty hangs in the balance

February 17, 2019 bythemorninglk No Comments
The implementation of the death penalty hangs in the balance with contradicting statements made by Justice Minister and the Prisons Department.

Sunny Side up: Probe on Diana

May 9, 2021 byNews Admin No Comments
The Criminal Investigation Department (CID) has recently informed the Colombo Chief Magistrate’s Court that an investigation is currently being carried out over the alleged possession of two passports