The decision by Sri Lanka Podujana Peramuna (SLPP) National Organiser Basil Rajapaksa to leave for the US in what seems like a sudden move, has sparked much discussion over the possible reason behind the departure. 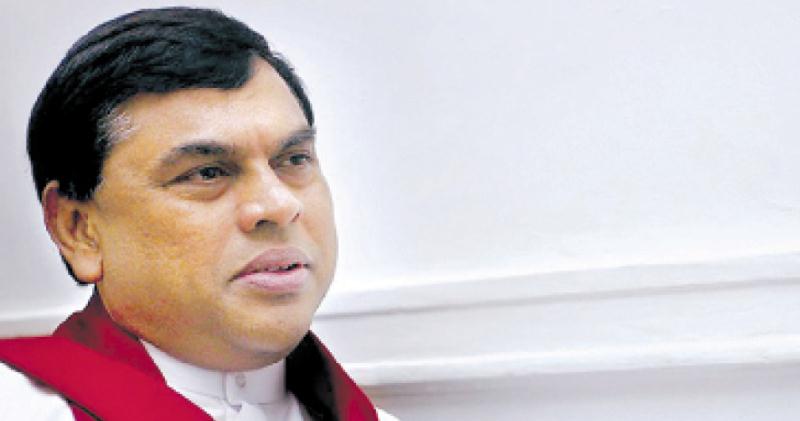 Initial reports following Basil’s departure to the US stated that he had left to seek medical treatment.

However, Sports and Youth Affairs Minister Namal Rajapaksa last week noted that Basil did not have an illness that warranted medical treatment.

“He didn’t have any illness that warranted treatment. Even when I met him yesterday (last Tuesday [11]) and at the time of his departure, there was no illness as such,” Namal told reporters on Thursday (13).

Basil is also the Head of the Presidential Task Force for Economic Revival and Poverty Eradication.

When a journalist had questioned Namal about Basil’s abrupt departure, especially at a time when he and the President’s Special Envoy has been assigned the primary responsibility of co-ordinating the Government’s fight against Covid-19, Namal has said that Basil had left for the US for personal reasons, adding that he will return to Sri Lanka within three weeks.

However, Minister Chamal Rajapaksa and SLPP General Secretary Sagara Kariyawasam told the media that Basil Rajapaksa had left for the US to receive treatment.

Meanwhile, SLPP’s Dilan Perera told a news conference last week that Basil had left for the US to see his grandchild.

Judicial system : Heading for an overhaul

November 1, 2020 byCharindra No Comments
The Sri Lankan judiciary is well known for the pending cases piled up in its closet, which, according to statistics available, is estimated to be around 750,000 cases as at Sep 2016.