Sunny Side Up: Caroline on Time

Former Mrs World Caroline Jurie was featured in the international Time magazine in its 26 April/3 May 2021 issue. 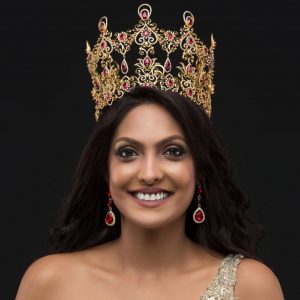 Jurie became a much-talked-about personality mostly after she de-crowned the 2021 Mrs. Sri Lanka, Pushpika de Silva, and crowned the first runner up on 4 April at the Nelum Pokuna Theatre. However, de Silva was re-crowned.

Jurie meanwhile relinquished her crown and had officially informed the Mrs. World organisers of her decision on 20 April.

September 29, 2021 byNews Admin No Comments
Some reflections on the progressive identity in contemporary times

August 7, 2021 byNews Admin No Comments
Sri Lanka received Rs. 720 million ($ 3.6 million) as the initial payment of the first interim damage claim of $ 40 million in July over the MV X-Press Pearl disaster. However, the country is yet to r