February 21, 2021 by The Sunday Morning No Comments 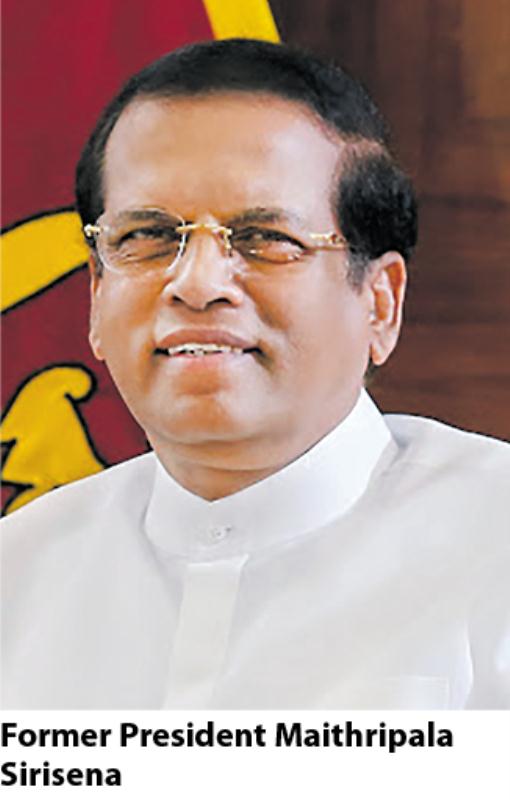 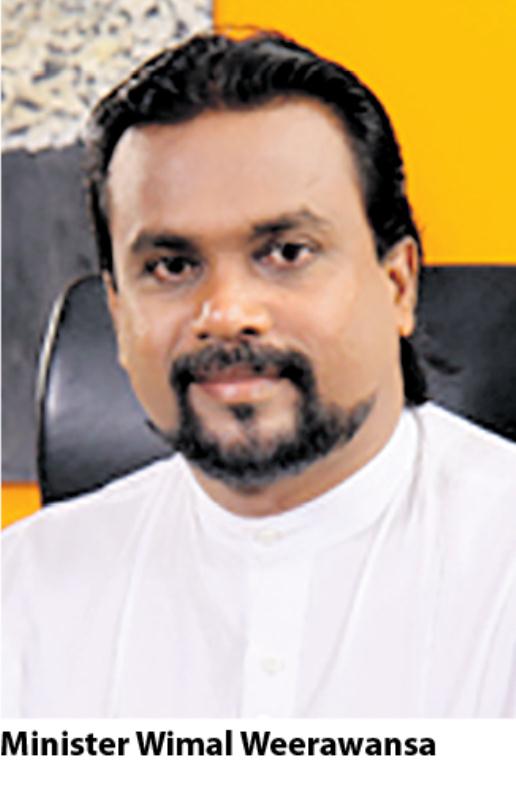 The meeting was convened at the Communist Party headquarters, and representatives from seven political parties in the governing SLPP had attended. The SLFP, which was previously represented by Party General Secretary State Minister Dayasiri Jayasekara, had not attended Wednesday’s meeting.

In fact, the initial group of 12 political parties had, by last week, reduced to seven.

The SLFP, it is learnt, is yet to reach a final decision on whether to align itself with Weerawansa, and a group that is currently engaged in an open confrontation with the governing SLPP.

Several SLFP seniors had expressed concern over Jayasekara’s decision to participate at the meetings convened by Weerawansa, since the party is still trying to iron out its differences with the SLPP. The matter was even raised with SLFP Leader former President Maithripala Sirisena.

However, the SLFP has decided to observe further the developments between the SLPP and its allies before reaching a final decision.

President Gotabaya Rajapaksa on Friday (19) evening was to meet with the leaders of political parties that are constituent partners of the governing Sri Lanka Podujana Peramuna (SLPP).

The group of 12 parties, currently allied with National Freedom Front (NFF) Leader Minister Wimal Weerawansa, was to meet with the President.

The discussion was to focus on the current political situation in the country as well as the existing clash between the SLPP and allied parties.

Elpitiya Divisional Co-ordinating Committee Chairman MP Geetha Kumarasinghe was last week criticised by a public official over the manner in which a meeting was conducted.

The meeting was convened on Wednesday (17) at the auditorium of the Elpitiya Divisional Secretariat at 10 a.m. 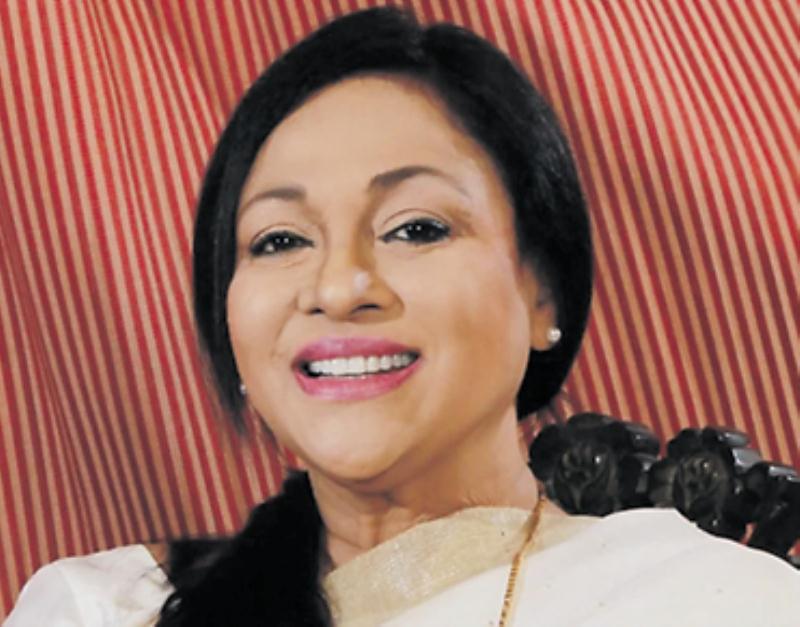 The meeting had dragged on for longer than usual due to the many proposals presented by the Assistant Director (Development) on the projects proposed under the “Gama Samaga Pilisandarak” programme, as well as the rural road development programme.

Afterwards, the Committee Chair had requested for a report on the lands in the Elpitiya area from the official representing the Land Reforms Commission.

The official had reportedly identified himself and then turned down the Chairperson’s request for the report. The Chairperson had then requested the official to take a seat.

However, the official had said he had a request to make, and reportedly noted that public officials should not be held at discussions from 10 a.m. till 3 p.m. together with the local government members. 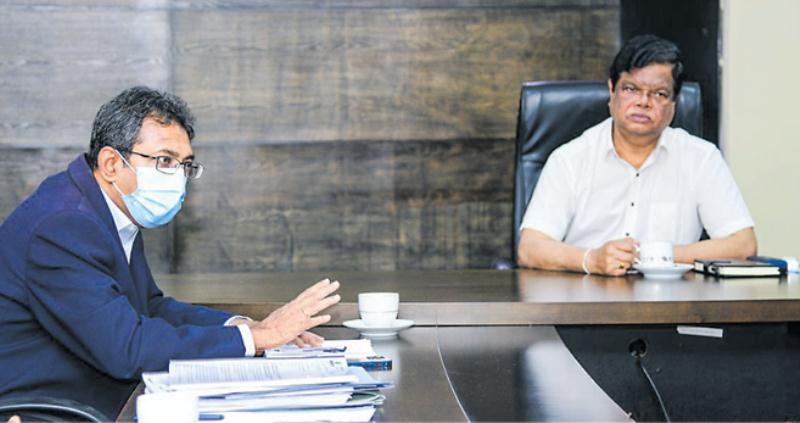 Trade Minister Bandula Gunawardena (right) invited MP Dr. Harsha de Silva (left) to a meeting at his Ministry with the officials involved in a project launched by the latter

The Minister had invited de Silva to a discussion at the Ministry with the officials involved in the project, after the Opposition MP – who had played a key role in launching the programme during the previous Government – had made some fresh proposals to be included in the project following a recent visit to the site.

De Silva had noted that a programme should also be launched to train farmers, simultaneous to the construction of the warehouse.

When these matters were pointed out to the Minister, Gunawardana had said that he would convene a meeting with relevant officials on Monday (15) morning, and had invited de Silva to the meeting.

“Thank you Bandula G for ur invite to discuss way forward on t first ever humidity n temperature controlled agri-warehouse I started in Dambulla. Rare non-partisan politics when he and I met stakeholders to iron out issues (sic),” de Silva tweeted after Monday’s meeting. 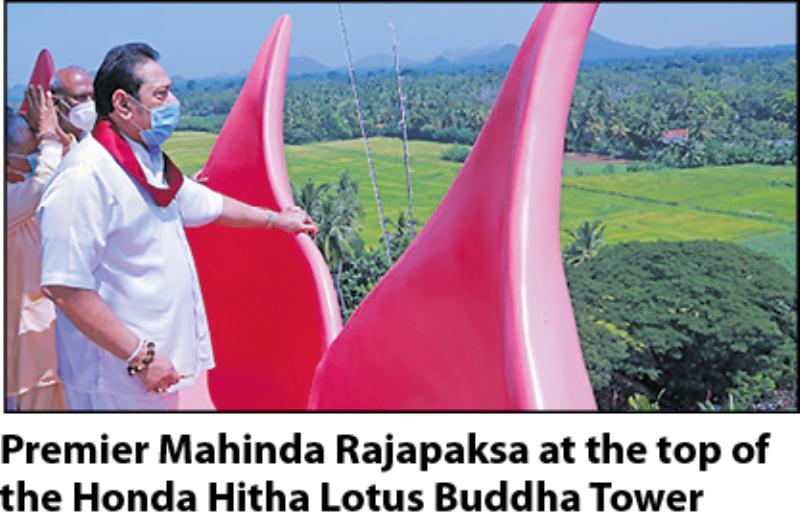 The 1,277-feet-tall Honda Hitha Lotus Buddha Tower has a Buddha statue that has been designed by Ven. Ratnapure Nanda Thera.

After opening the tower, the Prime Minister had also planted a sal tree to mark the occasion.

Rajapaksa also participated in the almsgiving held for the Buddhist monks at the centre.

The Prime Minister’s long-time ally, Ven. Muruththettuwe Ananda Thera, as well as Ven. Medagoda Abhayatissa Thera had participated at the event, along with other leading Buddhist monks. 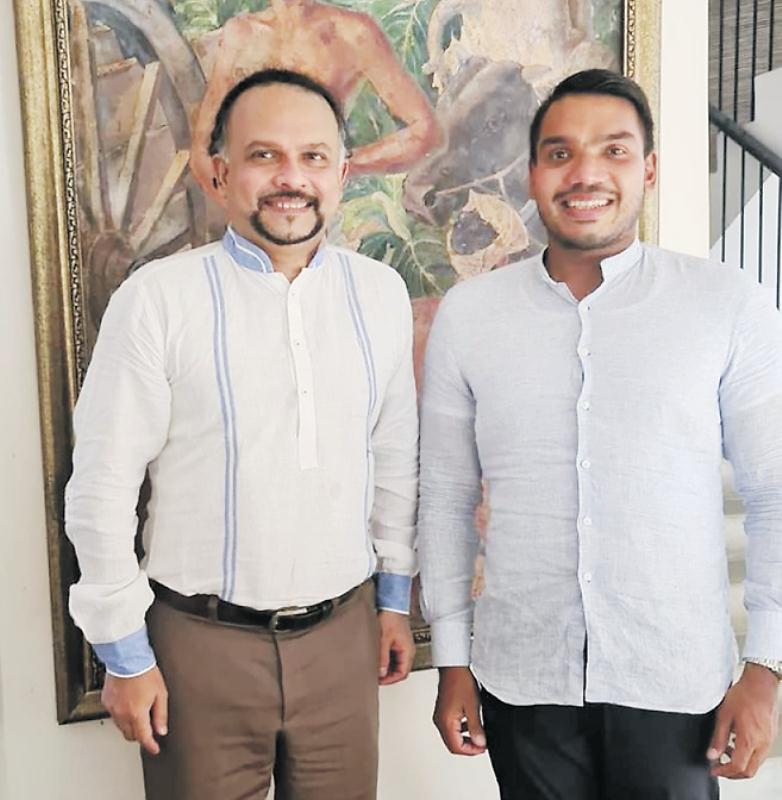 While the meeting gave rise to much speculation, it was later stated that it was aimed at discussing the current state of the country’s cricket administration.

Posting a photograph of the meeting on Facebook, Dissanayake stated that he would extend his support to resurrect Sri Lanka’s cricket, irrespective of the political differences between him and the Government.

During his tenure as Sports Minister in 2015, Dissanayake faced resistance when he attempted to set up an interim committee to manage the cricket administration.

No takers for Dhammika’s tonic?

The tonic concocted to combat Covid-19 by Dhammika Bandara from Kegalle has now been subjected to the final clinical test.

However, the testing process is faced with an unexpected problem, delaying its outcome.

Acting Health Minister Prof. Channa Jayasumana had said that the clinical tests have been affected by the lack of volunteers to consume the tonic to carry out the testing process.

He had explained that at least 128 patients are required to carry out a successful clinical test, while only around 42 patients have so far participated in the process.

The final outcome of the clinical tests on Dhammika Bandara’s Covid-19 tonic is thereby expected to get further delayed.

Parliamentarian Ranjan Ramanayake, it is learnt, is now enjoying the company of several interesting cellmates.

Ramanayake is currently facing a jail term after being found guilty of contempt of court. 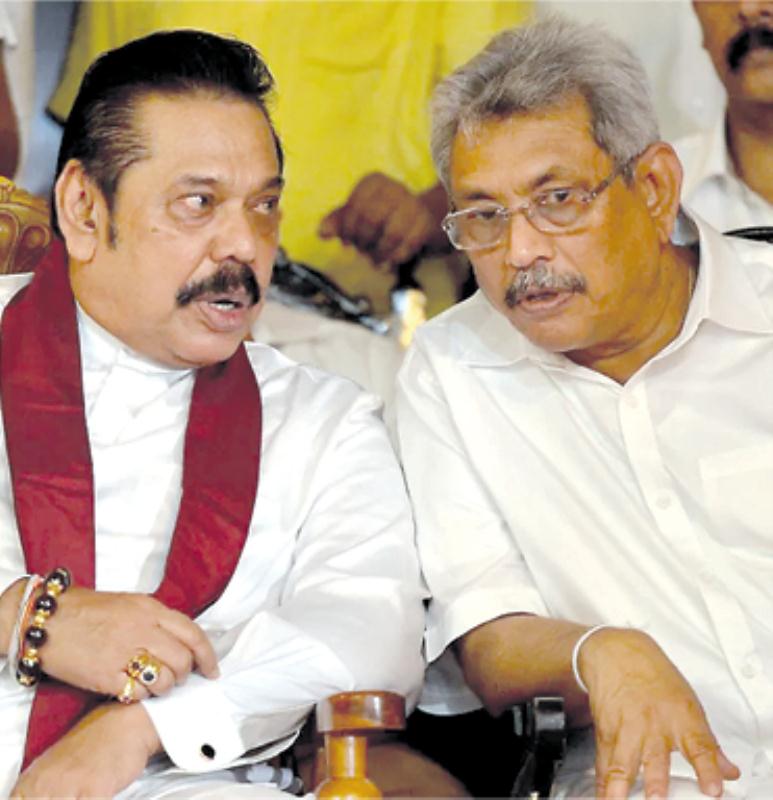 Former President Mahinda Rajapaksa, now Prime Minister, tipped his hat to his brother’s willingness to put in more hours of work into his role as President, and urged citizens to get the maximum use of his commitment

The Prime Minister made this observation while participating in the opening ceremony of a multipurpose building operating under the Beruwala Urban Council.

“President Gotabaya is someone who works for about 15 hours a day. To be honest, I don’t work that long. He executes his plans with a good knowledge about all the institutions and local governments’ bodies. So we have to get maximum use from this,” Rajapaksa had said.

Addressing the gathering, the Premier had further noted that it’s the people’s responsibility to get the maximum benefit from the Government they elect.

He had added that if the public is not proactive and waits for things to happen, it would be a loss for their locality, as well as themselves. 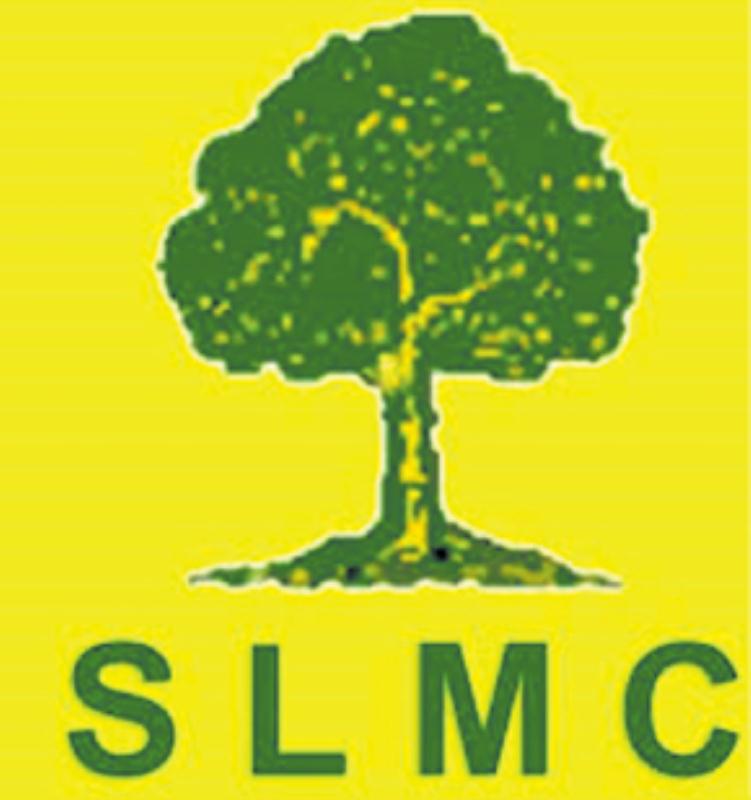 A group of Sri Lanka Muslim Congress (SLMC) legislators, who had voted in favour of the 20th Amendment to the Constitution, have recently revealed the reason for their decision to support the piece of legislation.

Four SLMC MPs voted in favour of the 20th Amendment in violation of the party’s decision not to support it.

MPs Faizer Cassim, M. Harees, M.S. Thowfeek, and Nazeer Ahamed have said they had voted in favour of the amendment since senior members of the Government had assured that permission would be granted to bury the Covid-19 dead once the 20th Amendment was passed in Parliament.

According to Cassim, the MPs had decided to support the Government in Parliament on the 20th Amendment only after receiving the assurance that the burial of Covid-19 dead would be permitted.

However, SLMC Leader MP Rauff Hakeem had said that the four legislators would have to seek forgiveness from the public if they wished to rejoin the SLMC.

Soon after the vote in Parliament, the SLMC sought explanations from the MPs for violating the party’s decision, and suspended them from the party.

Responding to the statement, Weerawansa had stated in a Facebook post: “I saw that former MP Hirunika Premachandra has commented about me and the political ideology represented by us.

It has been said that we are planning on forming a political force by joining with them. Apart from her, several other Opposition MPs have also made similar statements.

We can only respond by saying that we have no intention of engaging in such futile politics. Hirunika Premachandra and the rest of the Opposition politicians engaged in worthless politics should realise that we are not delusional to stand by such politics. We stand by the 6.9 million people who have kept their faith in us.”

National Freedom Front (NFF) Leader Minister Wimal Weerawansa and Minister of Sports and Youth Affairs Namal Rajapaksa last week joined forces to discuss the programme of setting up a factory in each divisional secretariat area in the country.

The meeting, under the patronage of Weerawansa and Rajapaksa, took place at the Industries Ministry last Friday (18). The programme had been launched as part of the President’s “Vistas of Prosperity and Splendour” policy statement.

The two ministers announced that the meeting was organised as a result of a discussion held between the two of them on making the programme more effective.

Rajapaksa told the gathering that this programme would help the unemployed youth in rural areas. Weerawansa, meanwhile, assured that the Industries Ministry would provide its fullest support to address the issue of youth unemployment in rural areas.

2020 general election: Securing a two-thirds or not, is the question

July 19, 2020 byTSM Web Desk No Comments
Less than three weeks before the long-awaited parliamentary election, the country has been rocked with another surge in Covid-19 patients, the looming spectre of another postponement, and scenes of p

October 11, 2020 bythemorningeditor1 liberty No Comments
The Marine Environment Protection Authority (MEPA) is trying to determine if the carcasses of turtles and porpoises that were washed ashore on the coastline were a result of the recent MT New Diamond