Sunny Side Up: Udaya greets Sagara 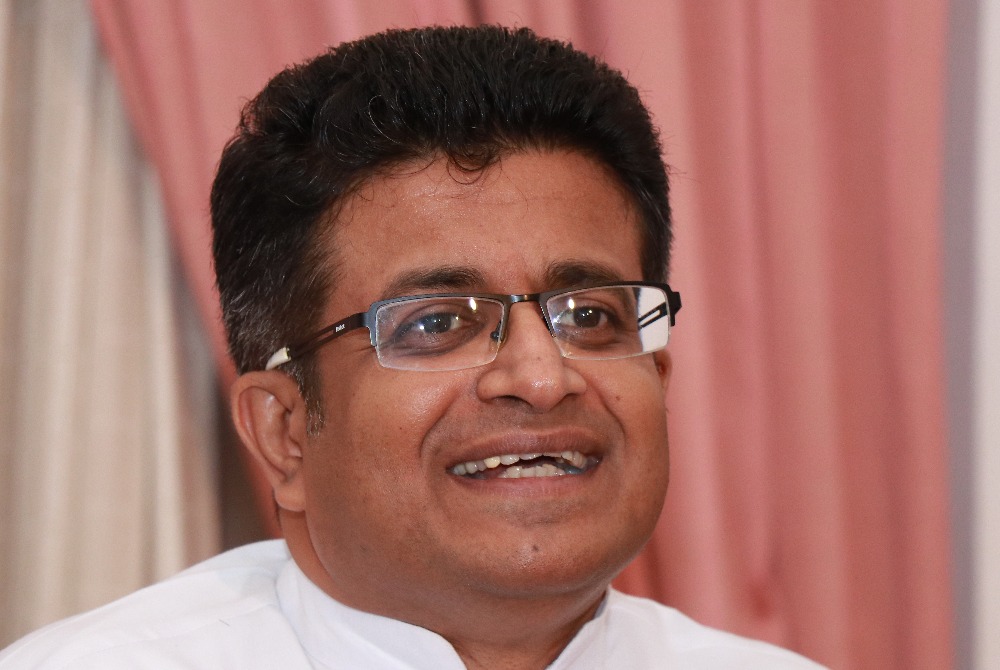 Gammanpila, along with the other Cabinet Ministers, was on his way to attend the parliamentary group meeting after participating in the weekly cabinet meeting when he had seen Kariyawasam standing at the entrance to the hall where the meeting was to be held under the patronage of President Gotabaya Rajapaksa and Prime Minister Mahinda Rajapaksa.

Kariyawasam had been greeting governing party members entering the hall and had turned the other way, seeing Gammanpila making his way to the meeting venue.

Seeing how Kariyawasam had turned away after seeing him, Gammanpila had made his way towards the SLPP General Secretary and tapped him on the back before greeting him with a smile and a “hello Sagara, how are you?”

Kariyawasam had, however, remained silent and Gammanpila had made his way forward to meet with the rest of the parliamentary group.

Kariyawasam played a key role in causing a controversy within the Government by issuing a statement under the SLPP letterhead criticising Gammanpila over the recent fuel price hikes and demanding his resignation over the issue.

October 23, 2021 byNews Admin No Comments
The Covid-19 pandemic has wreaked havoc for economies worldwide, and smaller countries have been hit particularly badly. Sri Lanka’s economy was already under stress but was slowly moving in the right

March 28, 2021 byNews Admin No Comments
Concerns have been raised over the two Covid-19 vaccines recently approved by the National Medicines Regulatory Authority (NMRA) for usage in “emergency and other special circumstances”, while it is s