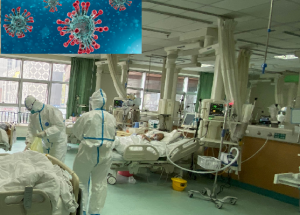 All four admitted to the Infectious Diseases Hospital (IDH) in Colombo on suspicion of having contracted the coronavirus have been tested negative.

Two Sri Lankans – a female medical student who had returned to the island from Wuhan and one man – and two Chinese females were admitted to the IDH over the weekend.

Phlegm and blood samples of the four individuals were sent to the Medical Research Institute in Colombo for testing.

The number of people killed in China by the coronavirus has risen to 80, with almost 3,000 confirmed ill.

At least 42 cases have been confirmed abroad, including in Thailand, the United States, and Australia.

There have been no deaths outside China.

Money sent by SL Govt. to boost image in the US ended up in personal accounts: Rajitha

March 1, 2021 byLahiru Pothmulla No Comments
A majority of funds out of some Rs. 1,300 million sent by the Sri Lankan Government to an individual by the name Hamid Shah Zuberi in the US to boost Sri Lanka's image, has been ended up in his and hi

April 6, 2021 byMihi Perera No Comments
The Cabinet of Ministers yesterday approved the proposal made by the Minister of Health to purchase another six million doses of 'Sputnik V' vaccine at the same price, the government said.