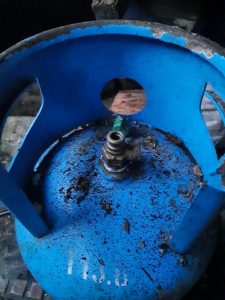 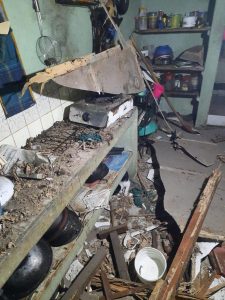 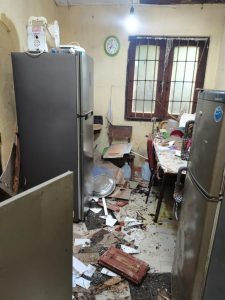 An explosion, suspected to have been caused by gas leakage, was reported at a residence in Kottawa, Pannipitiya. The incident took place early this morning (25), the police said.

The house was severely damaged in the explosion, however, no fatalities were reported.

During the past month, several explosions were reported at two restaurants in Weligama and Colombo 07 as well as at a bakery in Ratnapura.

The most recent incident was reported at a restaurant belonging to an international franchise located on the ground floor of the Race Course building on Reid Avenue, Colombo. It was gutted in a fire that erupted at around 5.30 a.m. on November 20.

Following inspections by the Government Analyst, the root cause of the explosions was revealed to be gas leaks. Although no fatalities were reported, the close timing of these incidents gave rise to concerns among the public.

Against this backdrop, former Executive Director of the Consumer Affairs Authority (CAA) Thushan Gunawardena blamed the gas companies for the recent kitchen explosions. He alleged that the incidents were a result of the change in the propane to butane ratio of domestic cylinders.

Denying the allegations that it has released substandard gas cylinders to the market, Litro Gas Lanka Limited assured the public that no changes were made to its LP gas composition.

November 7, 2021 byNews Admin No Comments
The National Trade Union Centre (NTUC) has organised a series of protests in Colombo today (8), demanding that the Government increase the salaries of employees in all sectors by Rs. 10,000.