December 6, 2021 by Dimithri Wijesinghe No Comments

The Viduli Kotai (විදුලි කොටයි) dance video by Anushki Premachandra and Kanushki Premachandra has reached one million views on YouTube and we simply had to reach out to the twins to talk about the inspiration behind the dance cover. 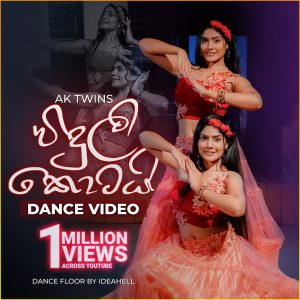 Viduli Kotai as we all know is the theme song for the popular television show Mal Pipena Kale on TV Derana where the sisters star as the protagonists and the song is an original for their show, performed by Poorna Sachintha. The video is an Idea Hell production and is featured on Dance Floor by IdeaHell.

Speaking to Anushki Premachandra about the video and it’s choreography, she shared that she and her twin of course love the song and they thought they wanted to do something fun and fresh for it and so they got together and choreographed a routine by themselves.

She shared that as students of dance and under the guidance of their teacher Pradeepa Ariyawansha, to whom she expressed her utmost gratitude, she said that she and her sister are simply always so immersed in dance and it is a natural part of their lives and so it only felt like the eventual next step to start doing dance covers online. 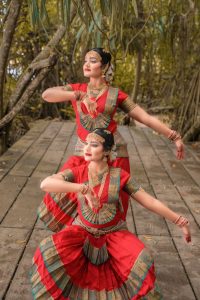 “Our audience have actually been requesting these dance covers and we also felt that it would be good idea, mostly because the two us are twins and we are very attuned with our dance styles and skills so we are able to choreograph a routine that suits us both and put on a performance,” said Anushki. 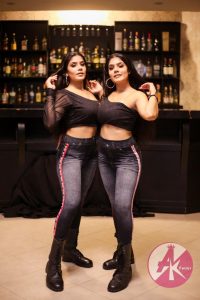 Speaking about the Viduli Kotai dance video, she shared that the style they utilised was somewhat of a fusion, featuring a bit of freestyle and Bharatanatyam. They wanted to do something a little out of the ordinary for the song.

She shared that they first started performing dance covers just only about two months ago, when they released their very first one to Falan Andreas’s Patalee song. Anushki said that Falan is actually a dear friend and she felt it was a great song to try their hand at a hip hop-style dance choreo.

“We like to try our hand at several different styles, mostly because we are quite well versed in most dance styles; we are constantly learning and we love to incorporate many different styles to showcase new and interesting performances,” she said. 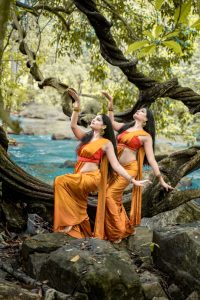 Since then Anushki shared that they truly embraced dance and went on to learn it professionally, and having chosen the dance stream for their Advanced Levels (A/Ls) in school, the two went on to enter the University of the Visual and Performing Arts.

The dance video for Viduli Kotai (විදුලි කොටයි) has been incredibly well received since it was featured on the Dance Floor by IdeaHell YouTube channel, and we have to say, if you haven’t yet then you absolutely must check it out.

A hope for healing

May 14, 2019 bythemorninglk No Comments
“People can sometimes find their own experience reflected in the pages of a book and this makes them realise that they are less alone than they assumed,” shared Nayomi Munaweera, author of Island of a

May 10, 2021 byNews Admin No Comments
On 7 May 2021, the Sri Lanka Navy stated it had discovered an untouched live coral reef for the first time off the Eastern coastline of Sri Lanka. Sri Lanka Navy provided that the reef is situated fiv