The jazz/pop duo Alba Santos and Aniel Someillan will be performing at Shangri-La Hotel Colombo’s Capital Bar & Grill (CBG) straight through to the month of February 2020.

CBG hosts a lounge bar concept with gorgeous seating arrangements that allow guests to move from room to room and experience something new as they go along. 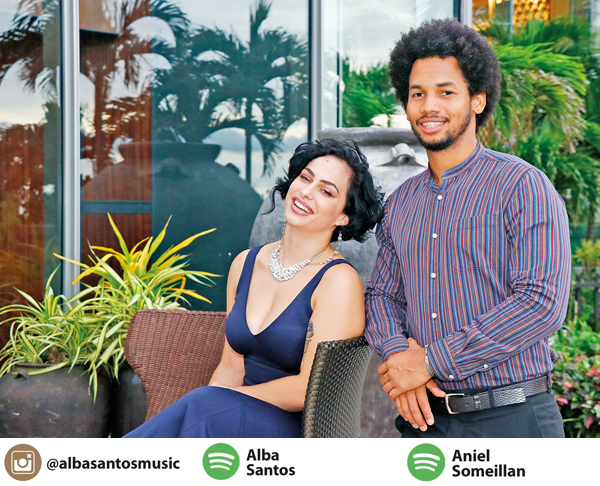 Prepared to host any type of dinner; whether you are on the lookout for some outdoor rooftop seating surrounded by lush greenery courtesy of beautiful landscapes on the terrace, something a little closer to the action in the main bar/stage area underneath the restaurant’s starry lights, or even if you’re looking for something a little more private, you can find it here as CBG has just the perfect ambience.

Set up much like a typical Manhattan steakhouse, the best part about this entire new arrangement at CBG is amazing live music and, interestingly enough, lovely steak; gorge on a truly enormous tomahawk steak courtesy of Chef Shenal alongside some tasty beverages courtesy of CBG’s extensive bar and you’ll pretty much be at the start of the greatest possible night of your life.

Alba and Aniel – Alba being a Spanish singer and composer with a jazz formation and Aniel being a Cuban multi-instrumentalist and vocalist – joined the operation in September and are set to perform their unique brand of fusion music to CBG’s clientele at 8.30 p.m. every night. 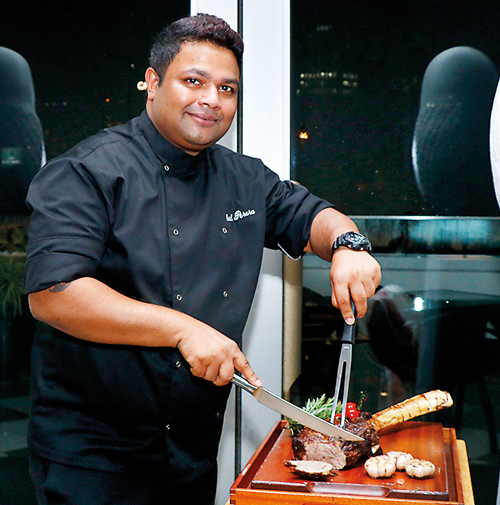 We caught up with the musical duo for a quick chat about how life has been in Sri Lanka and performing live to Lankan audiences.

The duo explained the reception they’ve had since they started, stating: “People always like to hear something new,” and in their experience, if what you are presenting is done in a way that a fresh audience can understand it, so that your creation becomes something familiar yet new, it will be well received and people will enjoy it.

They said that their interactions with the guests have been varied – a mix of guests are really into music and there’s also those who don’t understand it so much but are curious and so come and witness something new.

About this curiosity, Aniel explained that it could be “because it’s a different language that we use musically, not only for Sri Lanka but maybe for Asia as well”. Aniel had actually gone to watch a local live show and he believes that here too we Sri Lankans primarily perform fusion music. He stated: “It’s a mix as well I think. The show that I went to at least had very varied elements; a little bit of hip hop music, some traditional stuff, jazz, etc.” 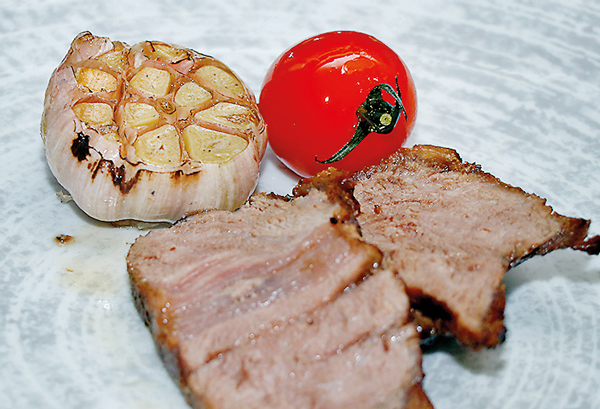 The duo, while having extensive repertoires with Aniel conducting private lessons and workshops in music theory, jazz, Latin jazz, Afro-Cuban, and Caribbean music and the both of them being well versed in an extensive range of a Portuguese catalogue of music, i.e. Spanish songs, considering it is Alba’s first language, they don’t run short of inspiration or options. However at CBG, the duo will be predominantly performing, amongst some of their original works, cover music.

“What we play here is mostly cover music but approached differently, where we always put our own unique spin on it,” they said, adding: “We of course always prefer to perform our own original music but here we do covers because it is a different language and we want the audience to feel comfortable and familiar. Cover music, as something that you may be a fan of already, is a great way to help someone understand your style. Here, we’ve even tried to mix some Sri Lankan rhythms as well to our covers.”

They both expressed how they really enjoy doing covers because shaking things up in the original and making new arrangements in a way that grabs the attention of the audience helps them grow and sharpen their skills as artists. 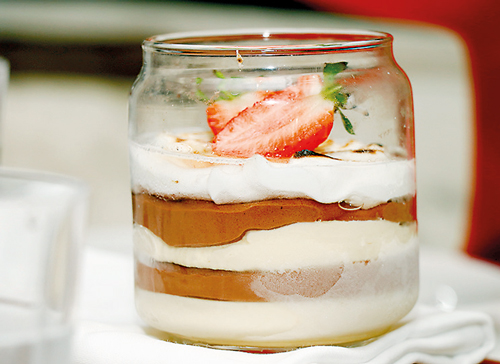 The performing duo has been moving from strength to strength since they met in Brazil almost six years ago, and Alba’s debut album which will be released next year was even produced by Aniel, who has his own instrumental album already released.

In their travels, they’ve developed their style and it has continued to grow. They said: “What we do here is not just jazz; we mix it up here with dance music, electronic music, Brazilian, funk/soul, hip hop, etc.” Aniel added: “I always like to say that it is world music.”

In their years of experience, they shared how the most important thing when starting out is doing away with the fear.

They said that you must be brave and added that you should not expect others to always like what you do; that way, you will only be setting yourself up for disappointment.

“When you create new music, it is you, you are showcasing you. It’s exposing, vulnerable, and different to when you play a cover; if the audience doesn’t like that cover then that’s okay because there’s comfort in knowing people are averse to another artists’ music, but when people dislike your own music, you are exposing yourself and that is the most difficult.”

Aniel added: “At the same time, it is easy also you know? Your music is your music, and I know I love it so that is it.”

The duo are firm believers that it is most important to always be a student of music, to learn what the intricacies are that make up the music, so you know it inside and out. They are always looking to improve themselves and expand their range, and while they are here, they’re even looking to collaborate with local artists here in Sri Lanka if they can.

August 11, 2021 byNews Admin No Comments
Indulge Desserts Co. opened its doors in early 2019, offering the world’s favourite range of hot and cold desserts under one roof. Their menu boasts a mouthwatering selection of milkshakes, freakshake

July 8, 2021 byNews Admin No Comments
Sue Abeyrathne and her mom Ama Abeyrathne are the Co-Founders of Bad Tan Gals, an online shop that is famous for its crocheted clothing items.