Telling the stories of island tuskers

January 14, 2022 by Dimithri Wijesinghe No Comments

Yoshan Karunaratne is a wildlife photographer with an affinity for taking incredibly dynamic and sometimes rare images of tuskers. Yoshan has developed a love for capturing tuskers through his photography, so much so that he has thrown himself into studying the animal and its habits. 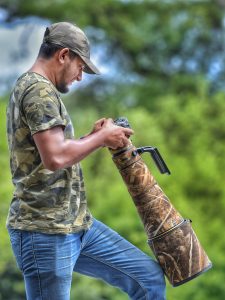 Starting his wildlife photography journey in early 2015, Yoshan said that even before this period where he was able to procure the equipment he needed to get the shots he wanted, he had always been a photography enthusiast, wildlife photography in particular. “Even while I was in school, I always had a fascination with wildlife and I would take pictures on my mobile phone and then slowly graduated to a smaller entry-level camera and moved up to a DSLR and on and on it went,” he said.

Maintaining wildlife photography as his primary passion in life, he said that he has a day job, but his heart lies in photography. However, despite this, he said that he never really wants to turn his passion into an income generator and so he doesn’t seem himself ever becoming a professional or commercial wildlife photographer. While his photos are available online and if someone wishes they may make a request to purchase it, Yoshan said his ideal situation is displaying his prized captures and just basking in having achieved something.

He shared that while he doesn’t exclusively take pictures of tuskers, he is ready to grasp any opportunity that comes his way. However, his true love is photographing tuskers, and he shared that he would often study the data that has been collected by researchers in specific areas where tuskers in Sri Lanka frequent, like Minneriya and Wilpattu. He would then track the creatures to be able to reach the correct destination for optimum visual of the animal. 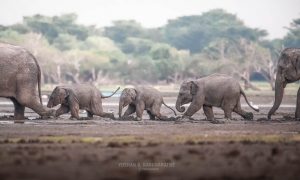 He said: “Tuskers are incredibly interesting creatures. They have cycles in the way they travel; it is almost like clockwork. They would come and go in certain areas, but of course, as they are living breathing animals, we have to constantly observe them and their changing patterns.” 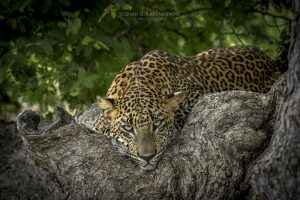 He noted that these days he is most excited to get a glimpse of a tusker by the name of Mahasen who hasn’t turned up since 2019, and he is really looking forward to getting him on camera. “Mahasen came out in 2019 once, but I was too late to get to him because by the time I had left Colombo and was racing to Minneriya, it was too late,” he said.

Considering that he does indeed have a day job, Yoshan shared that he is still able to make time, always dedicating his weekends to explore his passion and noting also that his current boss is incredibly understanding and has been supportive of his pursuance of wildlife photography. He said that there are times when he would get information from the parks that certain tuskers are likely to make an appearance and he would then take a half-day or take leave to quickly head on over to the park to get his chance. 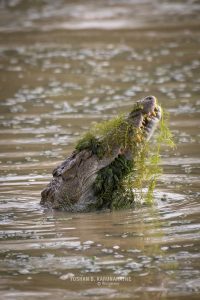 While Yoshan does not want to become a commercial wildlife photographer, he does hope to share his works with the world and hopefully, by 2023, if he is able to capture the majority of the wild tuskers on the island, he shared he would hold an exhibition and showcase his collection.

December 30, 2021 byNews Admin No Comments
Sri Lanka is one of the most biodiversity-rich countries in the world. That biodiversity includes ecosystem diversity, species diversity, and genetic diversity. The location of our country on Earth, t