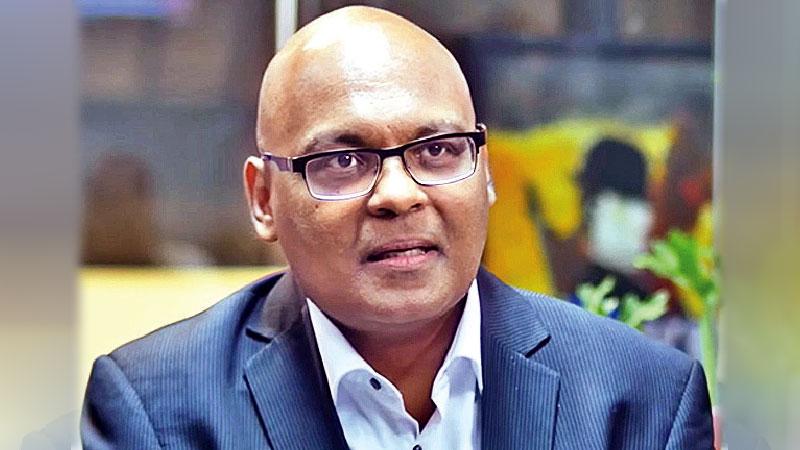 In a recent interview in the aftermath of the Easter Sunday attacks carried out by IS influenced radical Islamic organizations in Sri Lanka, Professor Rohan Gunaratna, a foremost expert on terrorism in Sri Lanka, discussed the reasons to why such an attack was seen by Sri Lanka and the way forward.

Professor Gunaratna states that he had predicted the spread of radical Islam throughout the world, especially within the Asian region due to a number of factors.

“The attacks on Sri Lanka were significant as, prior to the attacks, in January and February, IS suffered a bitter defeat in their operational states with their chain of command and structure being dismantled by Western forces, country mounted coalitions and the United Nations. Therefore, as they were driven into isolation in Syria and Iraq, they began entering a new phase of battle and strategy by spreading their operational activities to Asia and Africa. During this phase, Asian and African nations must be highly alert to combat this pipeline and eliminate the problem at the root,” Gunaratna stated.

However, the professor claims that although he had warned of the possible threat from the IS nation states and even though there had been prior intelligence and cause for concern, no one believed that radical Islam would pose a threat to Sri Lanka.

He believes that the reason why such warnings were missed and disregarded was because of such a thing as an ‘Island mentality’.

“We believed that IS will not affect us and we became complacent, however, all the while IS was operating in Sri Lanka as a propaganda entity in the form of Thawheed sects which are cult groups amongst the Islamic community.”

Zahran was a spokesman for one of these cult groups under the name of National Thawheed Jamath which produced radical thinkers. However, he clarifies that this organization is not directly related to the IS and has further disputed the claim that it was the NTJ that carried out these acts of violence.

“Islamic States created a specialized branch in Sri Lanka named Jammiyathul Millathi Ibrahim Fi Selani (JMI), with a total of 41  Sri Lankan families who travelled to Syria to train as fighters for them. This organization recruits radicals who initially belong to the Thawheed cults who are not directly affiliated to IS. Zahran was a member of the NTJ and was later recruited to the JMI for terrorist activities.”

Gunaratna emphasized that the ideology of the IS is to convert the entire world into an Islamic following and to make the population abide by the Sharia law (or their version of sharia law).

“In a country such as Sri Lanka which is a pluralist society with multiple ethnicities and religions which is of great importance to the functioning of this nation, these ideologies are not suited for the country as they cannot simply impose one specific religion or belief on the citizens of Sri Lanka or any other nation for that matter.”

Professor Gunaratna believes that the reason as to why the attacks were staged in Churches and Hotels were due to strict orders received by the IS affiliated organization in Sri Lanka.

“They attacked Hotels as they intentionally wanted to affect and kill Western civilians as the Western world has been directly involved with the dismantling and the prohibition of their activities in the Islamic territories. The reason why they attacked Churches, even though the majority of the population is Buddhist, was because there is a systematic pattern that is observed by these terrorists of seeking revenge and avenging the loss of the physical caliphates in Iraq and Syria,” Gunaratna iterated.

He believes that this is only the beginning of several more attacks to affect the nation and has proposed several strategies and plans to tackle the growing concern.

Gunaratna suggested that Sri Lanka must implement a system to begin the process of rehabilitating and deradicalising the nationals who have been a victim to radical ideologies.

“Sri Lanka is capable of doing this as so far the deradicalisation process has done a great job with the rehabilitation of 12,000 Tamil Tigers who were victims to ideologies conveyed by the Liberation Tigers of Tamil Eelam and none of these individuals has resorted to violence since. In the same manner, a similar programme must be revised and put into action to tackle the problem of the radical Islamists. Parallel to this, it is vital for Sri Lanka to pass a National Security Act to control and eliminate radicalist behaviour. The reason why Zahran could not be brought to justice was due to the lacking strength of Sri Lankan legislation and the inability through the body of law to bring to justice the preachers of hate speech.”

According to professor Gunaratna, there must be  four elements that are vital and must be included within that National Security Act,

He pleads to the Government to implement legislation that will take into account these four key principles to ensure a safe and peaceful Sri Lanka which is void of an IS influence or any other form of radical ideology for generations to come.

March 4, 2021 byLahiru Pothmulla No Comments
The Director General of Health Services has issued a circular comprising of the guidelines to be followed when burying the bodies of COVID-19 victims, the Health Ministry said.

Lotus tower to be lit up to salute front line workers

April 11, 2020 byTSM Web Desk No Comments
The Lotus tower will be lit in red today to salute the nation’s courageous health care workers and other everyday heroes fighting COVID-19.