The art of editing with Robert Dalva

Robert Dalva, the Academy Award-nominated film editor behind flicks such as Jumanji (1995), The Black Stallion (1979), Captain America: The First Avenger (2011), and Jurassic Park III (2001) spoke to the High School Junkies about his extensive film career.

The San Francisco-based 78-year-old veteran was also a director for a plethora of commercials and also helmed The Black Stallion Returns (1983), the sequel to the original for which he was nominated for an Oscar. As Akash Sunethkumara needled him for insight into his extensive career and the art of film editing, here’s what we learned: 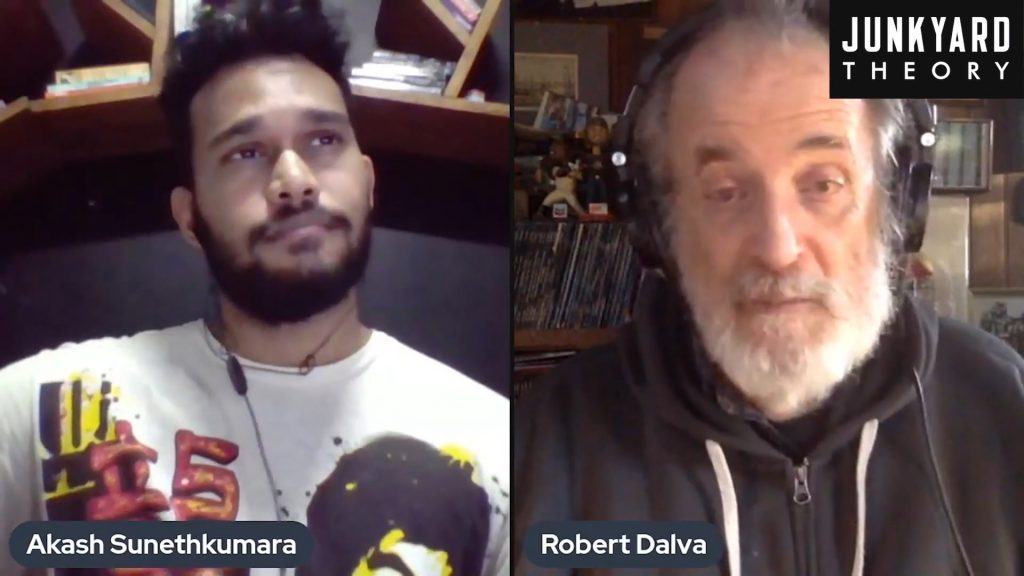 Entry into the industry

Robert got into the film business when he was a student at university. He managed to acquire work as an active member of the fraternity that controlled the movie programme. He was running the film booking and started screening movies which piqued the interest of college students and resulted in the programme turning a profit. He applied to USC (University of Southern California) where he learned all five main areas of filmmaking (writing, camera, directing, sound, and editing). While at USC, he met future filmmakers such as George Lucas, Walter Milius, and Walter Murch amongst others who were later dubbed The Dirty Dozen.

Robert worked on the famous landspeeder shot in Lucas’ Star Wars (1978) where he created the illusion of a floating vehicle by adding angled mirrors to the underside of the speeder. He worked as an assistant for a week to Verna Fields who was the editor on Steven Spielberg’s Jaws. The duo worked together on propaganda films for the US. Robert’s Oscar-nominated turn as editor for The Black Stallion landed him the gig as the director of its sequel by direct invitation from legendary filmmaker Francis Ford Coppola himself.

Robert believes that film is about emotion

How editing has evolved (if at all!)

When questioned as to whether editing as an artform has evolved through the years, Robert opined that it’s the same process with different tools. He believes that editing is unique to filmmaking while the other four (camera, sound, writing, and directing) have existed in other forms of media. 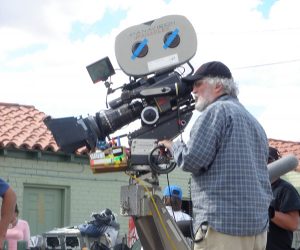 How a veteran edits

Robert also finds rhythm in his footage. The rhythm comes from performance of the actors and movement of camera, the dialogue delivery.  The edit accentuates and exaggerates certain rhythms. He advises against editing to a beat, as he believes the picture should drive the rhythm and also the story, instead of the audio. About dealing with “snowblindness” or the condition where a creator becomes impervious to the flaws of his work from constant viewing, he advises screening versions to test audiences or friends in order to determine what works and what does not.

Dealing with a smart audience

Everyone sees better editing nowadays due to content being bombarded constantly via social media and streaming services. As a result, people are easily able to identify good editing as the digital age has provided a passive education to the audience. Therefore, gaining more experience in the field of editing is also to consume more content consciously.

Rendering CGI (computer-generated imagery) elements used to take such a long time back when movies like Jumanji were made in the 90s. Robert reminisced an instance where the shot of a CGI lion leaping down from the third floor was the first shot that they handed over to ILM (Industrial Light & Magic). And it was also the last shot that they got back. Nowadays the time taken to render CGI is less than it used to be and greatly speeds up the editing process too.

Robert stated that the great difference between his time and now is that the most expensive parts of filmmaking are no longer expensive. Whilst camera equipment can cost a bit, getting a shot stored on media is no longer expensive. Back in the day, film stock could cost a fortune. And with smartphones, there is hardly any excuse not to make films. Robert’s parting advice was to hunt down opportunities, contact producers, and try to get a job no matter how small and to work your way up. It’s all about the passion.

March 17, 2022 byNews Admin No Comments
A person was reportedly hacked to death with a sharp weapon at Dawson Street in Slave Island, Colombo 2 on Wednesday (16).

September 1, 2020 bythemorningeditor1 liberty No Comments
It is said that an average of 1,000 people die of drowning every year in Sri Lanka. It goes on record as being the second highest cause of death in this country.