The bigger picture of marine conservation

The sinking of the MV X-Press Pearl, being the first Sri Lankan maritime disaster of its kind, has occupied an unassailable spot in our collective national psyche. The X-Press Pearl, which sank off our coast at the end of May, is reported to have carried 1,486 containers, with contents including 25 tonnes of nitric acid (which can be used in the manufacture of fertilisers and explosives), other chemicals, cosmetics, and low-density polyethylene (LDPE) pellets (also known as nurdles). The sinking of the X-Press Pearl has seen its cargo, or much of it, spill into our oceans and pose a significant risk to our marine environment.


Much has been said about the risks of the oil and chemicals that have been spilt, not to mention the nurdles that have been washing up on our shores. The sinking has seen mobilisation by both the state and the private sector to conduct immediate cleanups and other activities to mitigate the damage caused by the sinking, as well as a lot of fear as to what exactly the impacts of the sinking will be. 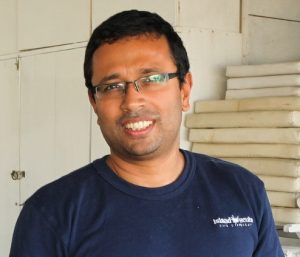 Brunch spoke with marine biologist and Blue Resources Trust Co-Founder and Director Nishan Perera for some insight on where Sri Lanka’s marine environment and conservation stood before the sinking and how we can move past the sinking with a view towards the bigger picture.

Sri Lanka and marine conservation before the X-Press Pearl

Perera explained that Sri Lanka’s marine environment before the X-Press Pearl was already severely degraded, with the most sensitive areas being shallow environments close to shore like coral reefs, seagrass habitats, and mangrove forests. Even before the sinking, a lot of these environments were degraded to the point where they were no longer ecologically viable. Their natural resilience and ability to recover from natural stressors like storms, disease, and climate change was compromised. Our fish populations were also in serious danger due to overfishing and didn’t need the X-Press Pearl to be in danger of being wiped out entirely.


From a policy and regulatory level, Perera shared that Sri Lanka’s approach to marine conservation is actually reasonably comprehensive, though there are admittedly some gaps that could be addressed. However, the implementation and practice of these policies are extremely poor for a multitude of reasons.


One issue for this poor implementation that is greatly talked about is the low capacity of technical expertise, manpower, and resources in government agencies, and while Perera agreed that this is partly true, this is not the only structural issue that impedes the implementation and enforcement of policies and regulations. Flaws in processes, management, and co-ordination combined with overlapping jurisdictions creates confusion among mandated authorities on who is responsible for which issue. Conflicting policies of different entities and industries also play a part – for example, our national policy is driven by export revenue, and so, the Fisheries Department’s goal is to increase revenue often in conflict with sustainable fisheries management. 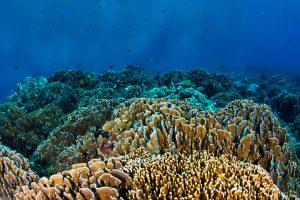 Practical implementation mechanisms also rely on a very heavy top-down approach, depending very heavily on the Department of Wildlife Conservation (DWC) and the Department of Fisheries undertaking monitoring, surveillance, and enforcement which then circles back to issues with capacity. Perera shared that in theory, Sri Lanka, like many other countries, is supposed to be practising community-based management when it comes to conservation, but that this is very limited in practice with communities acting more as consultants and not being empowered enough to manage conservation effectively.


With legal enforcement too, there is very little enforcement that can take place as and when a situation occurs, with one DWC officer with limited technical capacity and financial resources often allocated to cover a large area.
There is also a significant lack of long-term data gathering and monitoring processes that leave conservationists as well as government agencies and authorities unable to make clear decisions and see and analyse trends. Perera cited a hypothetical example of a coral reef in an area like Negombo dying following the X-Press Pearl sinking, noting that all conservationists can say in such a situation is that the reef has died, but because of a lack of continuous data, it is not possible to say that the reef died because of the X-Press Pearl because there could have been any number of other reasons that led to the reef dying out.

Speaking from his area of specialisation related to coral reef ecology, Perera explained that oil spilt by the X-Press is still not of the scale of an oil spill disaster like, say,  the oil spill caused by the MV Wakashio which ran aground on a coral reef in Mauritius in July 2020. This is not to say that the X-Press Pearl’s sinking is not a serious problem, but merely the impacts of this event need to be placed in context of what is happening to our oceans in the long term.


In terms of scale, the amount of pollutants, whether oil, chemicals, or plastic from events such as the X-Press Pearl, are relatively small compared to the total amount of pollutants discharged into our oceans every year. The main impact comes from having high concentrations in a small area, which can have significant negative impacts in the short term. However, the long-term impacts of pollution from everyday sources tend to have far greater impacts.


The importance of the X-Press Pearl is that it is a large single event of pollution, so in the short-term impact it has an acute impact, but in the long term, this impact is less threatening than the impact of the other more constant threats to our marine environments. That said, with Sri Lanka positioning itself to become a maritime hub, Perera stressed that it was very important for Sri Lanka to have mitigation measures to minimise things like this, because ships will have accidents, so it’s important to be able to respond properly.


Perera shared it was also equally important to do away with the misconception that Sri Lanka’s marine environments are in good shape, noting there are no pristine ecosystems in Sri Lanka’s waters – every beach is polluted, and every reef is compromised.

So what do we need to recover in the bigger picture?

For sustainable long-term recovery, Perera shared that a shift in mindset is necessary, from both conservationists and the general public. 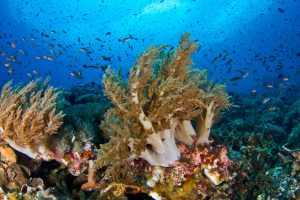 For conservationists, there needs to be more focus on ecosystem resilience as opposed to ecosystem restoration. Current conservation models focus heavily on restoration and activities like mangrove replanting and coral replanting with many projects being carried out without a proper scientific assessment. Perera recommended conservation models that focus more on the resilience of the ecosystem that strengthen it and allow it to deal with natural stressors and recover in the long term, while also managing man-made impacts. The current restoration model sometimes focuses more on fixing the symptoms of a distressed ecosystem rather than looking at fixing the cause of it.


There also needs to be more careful management of commercial species, with Perera stressing the importance of managing issues like overfishing in a sustainable way that can meet our commercial needs without critically damaging our ecosystems.


Transparency and efficient mechanisms are also key, as well as a clear communication strategy – something that Sri Lanka lacks in general which leads to confusion and misinformation, that can at the end of the day do more harm than good. Perera said a good example of lack of communication was evident after the X-Press Pearl sinking. There were many conflicting theories on how dangerous it was to go into the water, how long to avoid eating fish, and so on, when a clear, official communication on the impacts and recommendations on what the public could do could have avoided a lot of fear as well as had less of an impact on communities like fishermen, whose livelihoods were devastatingly impacted by people refusing to buy fish in the aftermath of the sinking.


The most effective way forward to helping our marine ecosystems heal, according to Perera, is to look at the bigger picture, and in the bigger picture, the X-Press Pearl sinking, while a pressing current issue, is something of a blip. The much larger threats are the “everyday disasters”, the daily human stressors, and activities that compromise our marine environments, from pollution to poaching to overfishing and destructive fishing.


Improving mitigation and management mechanisms to promote healthy ecosystem recovery as opposed to restoration efforts that will only have a short-term impact if our ecosystems are not resilient, is the most prudent way forward for long-term conservation, Perera shared, adding that while the impact of the X-Press Pearl sinking is not likely to last more than 50 years, it is by no means the tipping point for our marine ecosystems.

The ABC’s of batik design

A chat with author G.A. Mathupema

March 1, 2021 byNews Admin No Comments
Born in 1931, G.A. Mathupema is turning 90 years old this year, and having authored over 50 books and given his countless contributions to numerous local publications, we spoke to the incredible