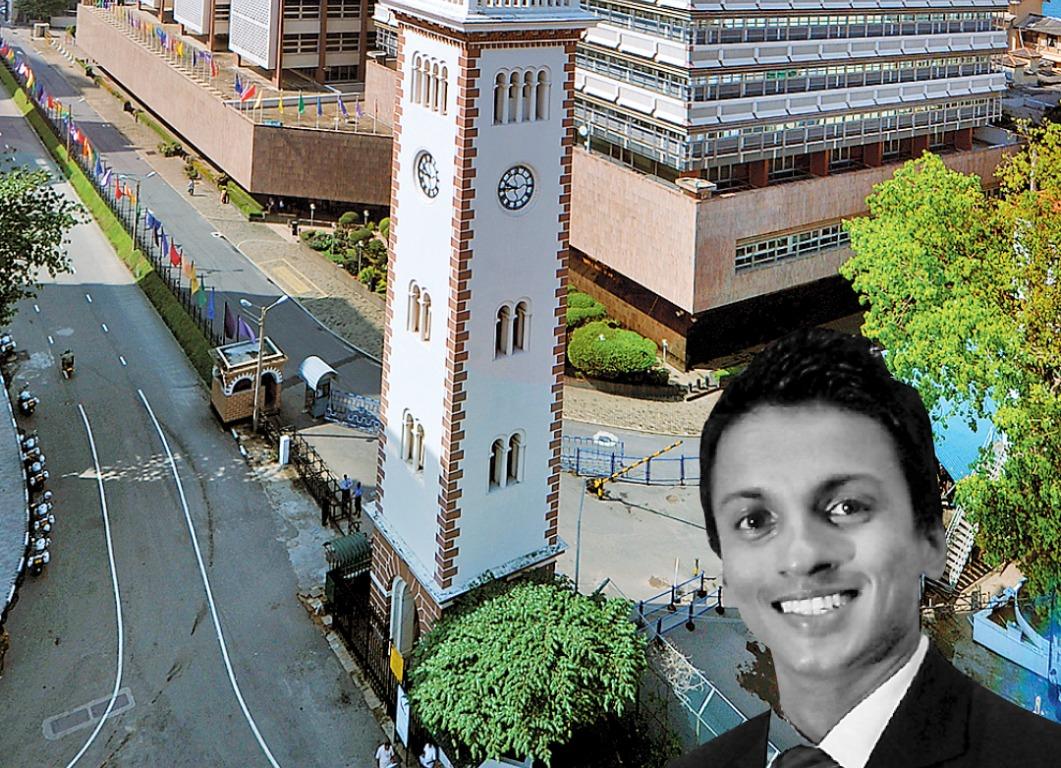 A student asked their teacher: “What’s the most amazing, incredible thing in the world?” The teacher responded: “The most incredible thing in the world is that we see people leave all around us, but we never think it’s going to be us. It’s an everyday experience, that people known to us and loved ones leave us. Even experiencing it every day, our mind can’t think that we would also be one of them. Isn’t that incredible?”

Sometimes, it is the most obvious things that we fail to understand. Sri Lanka’s monetary policy definitely falls into this category of things. We see it and experience it every day, but still fail to understand or notice the big elephant in the room.

The monetary policy is the set of rules under which a monopoly state agency produces paper money. The public is forced to use the money because the government has given it a monopoly and arrests anyone who keeps large volumes of foreign money. There are also restrictions on keeping deposits in foreign money to protect against inflating and depreciating money.

Some people who run central banks try to avoid printing excess money, if they believe that high inflation and currency depreciation is bad. But sometimes, the Finance Ministry will pressure them to print money to finance the deficit or keep interest rates down.

And central banks will be forced to follow the orders of politicians. To avoid this kind of pressure, which is called fiscal dominance monetary policy, central banks ask for independence from the Finance Ministry.

But there are other activist central banks that will try to push growth on their own by printing money and artificially pushing interest rates down. Such banks will create monetary instability regardless of whether they are given independence or not.

Some countries have solved this problem by putting controls on their central bank so that its officials are unable to print excess money, whatever their ideology or economic beliefs are. To do this, it is necessary to reduce discretion and bring them under the rule of law.

One such law is a strict inflation targeting law of around 2%. To target inflation, however, it is necessary to have a pure floating exchange rate.

The simplest way to restrain them is to fix the exchange and take away their ability to manipulate the interest rate by prohibiting the purchase of domestic securities. This is done by a currency board law which results in a fully credible peg or a fixed exchange rate.

The exchange rate can also be fixed to a great extent by having a wide policy corridor and managing the ability to control short-term interest rates on a daily basis.

The more discretion that is given to the central bank, the more tools they will use to inject liquidity to manipulate interest rates and then create instability.

A third way is to dollarise. That is to allow foreign currency issued by a better central bank – such as one that is restrained by an inflation targeting law, or a currency board law – to be used in the country. It can be extended to allow multiple foreign currencies to be used as well.

Then, there cannot be any Balance of Payments crises anymore. This is what the Colombo Port City has done. It will be a multiple currency area.

When evaluating all these moves, it is clear that Sri Lanka is drifting towards a very hard situation on raising foreign exchange, as it has been highlighted in this column as well by many experts during the last 12 months.

We have to ask ourselves: “With so many reactive and stringent measures such as import controls, why are we struggling to fix this problem?” That is where we have to recall the story of the student and the teacher. Sometimes it’s the most obvious thing that we fail to understand. That is, our monetary policy. That is, demand and supply of money. Our Central Bank has been supplying money following MMT (Modern Monetary Theory) utilising the space of low inflation. It is true the inflation is low, but the excess money we print will chase behind imports. It is the same as trying to fill a pot without a bottom.

Let’s consider a simple example. Even if I grow all the food items that I require in my backyard, the moment I switch on a light at my home, I am spending on imports in the form of fuel for electricity. The moment I switch on my internet router, which consumes electricity, it is the consumption of imports. The moment we build flyovers, highways, and even a simple act of giving away 1 kg of dhal to an affected family mean we are spending on imports. So the only way to cut imports, if we really want to, is by minimising our consumption.

So to minimise consumption, the Central Bank has to absorb money from the system by selling the treasury bills they have rather than buying it from the market. When the Central Bank buys treasury bills, we call it money printing or quantitative easing. The more money we inject into the system, the more we spend, and we will spend more on imports. That is the Balance of Payments crisis we face at the moment, and that is why so many hard and well-intentioned efforts by the Central Bank haven’t seen the expected results materialising.

Many are of the view that reactivating tourism and attracting higher foreign direct investments (FDIs) will be a permanent solution for this problem. Increased numbers in tourism and FDI will help to ease the situation, but it is not the permanent solution. There have been grand expectations expressed at the recent Sri Lanka Investment Forum to bring the per capita GDP to $ 8,000 by 2030 and a list of very aspirational goals. All the outputs are welcome, but without fixing our monetary policy and failing to understand the most obvious reason why we are failing, Sri Lanka will remain where it is today for the next decade. We must remind ourselves of the story of the teacher and the student on how we have failed to understand the obvious realities, and realise that current policies have failed while trying to fix all the other issues in the periphery. Monetary stability is not everything, but without monetary stability, everything is nothing.

May 19, 2021 byNews Admin No Comments
The commemoration of the civil war has been held every 18 May since the war ended in 2009. Since 2014, Cyber Attacks on State Websites have been repeating every 18 May, just as it did yesterday (18) w