The Chess Corner: When less is more

Everyone loves a trick shot, but only the best have what it takes to attempt one when the stakes are high. Roger Federer once played a ‘tweener’ shot to bring up a match point in a Grand Slam final against Novak Djokovic. Zinedine Zidane, before his infamous head-butt, scored a ‘panenka’ penalty for France in the 2006 Football World Cup Final. During a tense run chase, Jos Buttler resorted to his trusted ‘scoop’ in the 2019 Cricket World Cup Final.

The common denominator between all the above instances is, despite the obvious flamboyance, they represented the most logical course of action according to the match situation. Of all the fancy tricks the rules allow, the chess equivalent perhaps is under-promoting a pawn. When it’s done out of necessity or perhaps even as a last resort, it’s a pleasing and enjoyable spectacle that draws wows and aahs.

If we discount the situations where players do it for sadistic or whimsical purposes, there are very few circumstances where it makes sense to under-promote. Let’s have a look at some of them.

When the knight is right

The unique movement of the knight means it can actually do stuff the queen cannot. This attribute makes knight under-promotions perfectly logical in certain circumstances. 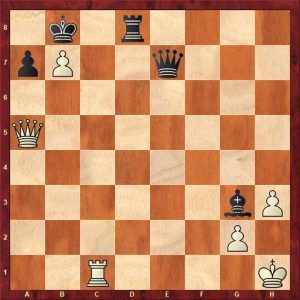 The situation appears bleak for white. His back rank is weak, his passed pawn is not secure and it seems he can’t even create any threats. But he has a nice combination starting with 1.Rc8+ Rxc8 (1…Kxb7 2.Rxd8) 2.Qxa7+! (aha!) Kxa7 3.bxc8=N+ (the point!) Kb7 4.Nxe7. White ends up with two additional pawns and a winning endgame.

When a rook is better than a queen

The queen is the most potent offensive force on the board. The conclusion of the famous Saavedra study is a fantastic example of a situation where one is better off without some of those powers. 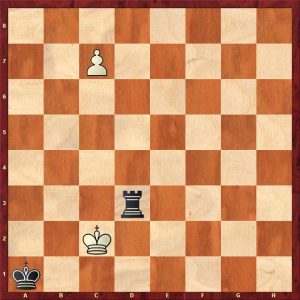 From the Saavedra study – White has just played 1.Kb3-c2

No longer able to stop the promotion of the white pawn, black finds a surprise defence with 1…Rd4!. Now 5.c8=Q Rc4+ 6.Qxc4 is a stalemate. White turns the tables with 2.c8=R Ra4 3.Kb3, winning by attacking the rook and threatening 4.Rc1#.

Stalemate avoidance, as we saw above, is one of the major motivations to underpromote a pawn to a rook or a bishop. Still they are exceedingly rare in tournament practice. Perhaps the best known example is the following. 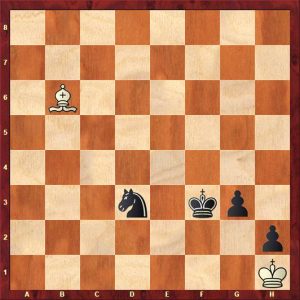 Let’s have a look at a slightly more difficult example of stalemate avoidance. In the following mate-in-four problem, black still has two pawn moves left before stalemate becomes a factor. White must allow him a third move, and deliver the checkmate with the fourth. 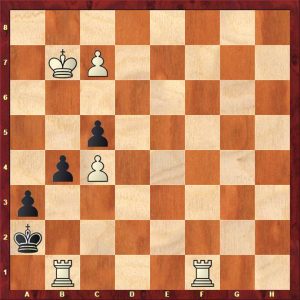 White to play and mate in four moves – Ovon Kroshofer (1904)

The whole concept of under-promotion epitomizes the beauty of chess. It can lead to tricks, laughs and despair. Imagine the following position occurring in one of your blitz games with only ten seconds left on the clock. What would you do? 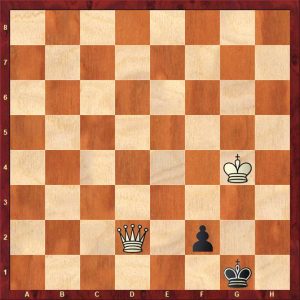 If you found the ‘solution’ 1.Kg3 f1=Q 2.Qh2# immediately, congratulations. You just earned the ‘privilege’ of reading this column again.

November 5, 2018 byRevatha No Comments
England might have been the better side in the white-ball exchanges, but Sri Lanka will start the Test series as the favourites