‘The cinema industry is going downhill’ 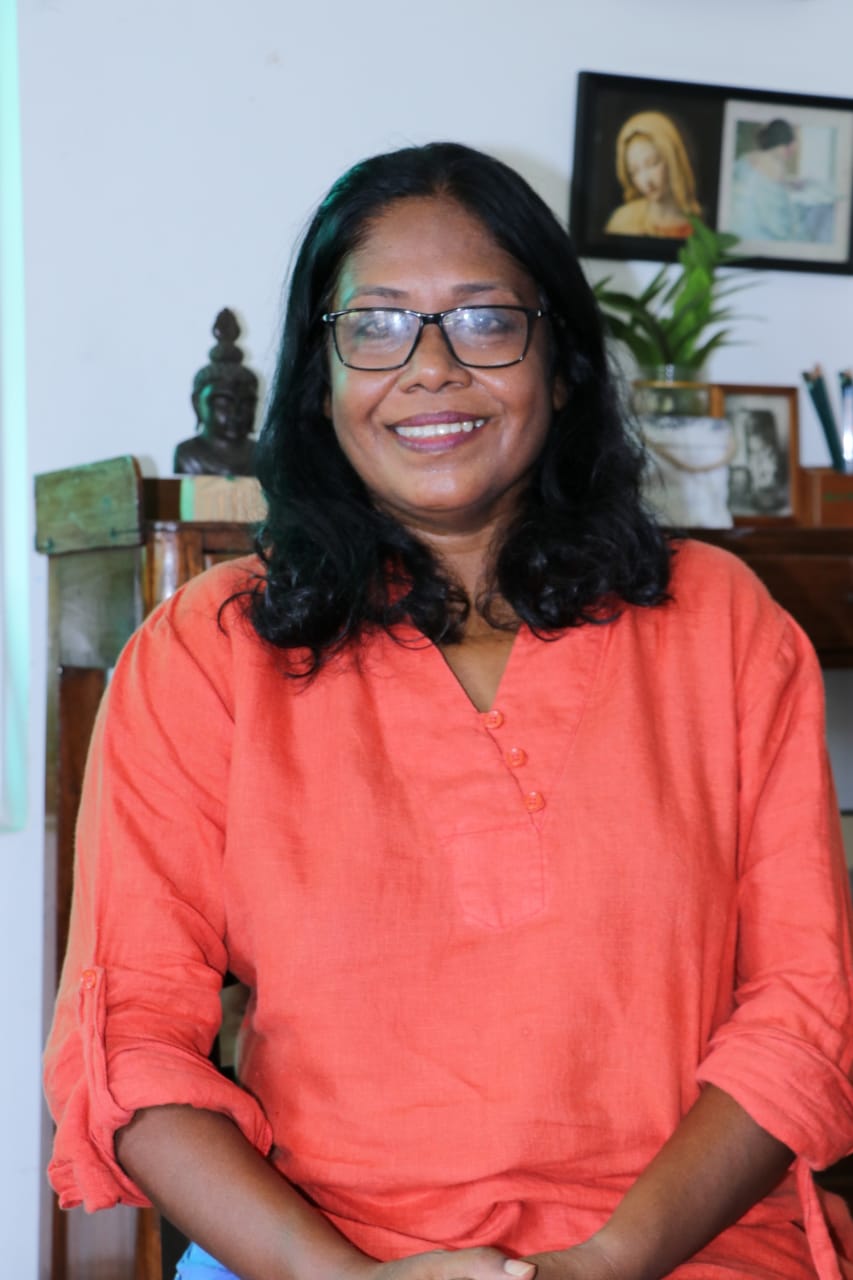 Kaushalya Fernando is a Sri Lankan actress, director, producer, and civil activist. A highly versatile actress who dominated stage drama and cinema, Fernando is a five-time winner of the prestigious “Best Actress Award” at the State Drama festival.

Starting her career with the film Sanda Dadayama in 1996, she moved on to act in Me Mage Sandai in 2000. Her career picked up pace soon after and she was associated with several films. Her notable work includes Scent of the Lotus Pond (2004), The Forsaken Land (2005), Between Two Worlds (2009), The Strange Familiar (2014), Ali Kathawa (2017), among several others.

We caught up with Fernando for a chat on her career and more.

How did you discover your passion for acting?

I’ve always had a passion for the cinema industry because my mother used to act in movies, and many film directors would come to our house and I would hear them discussing the industry and it was very interesting to listen to.

Although I had a passion for it, I never thought that I would become an actress because the trend at that time was traditional beauty; to become an actress, one had to be fair and have sharp features. I knew I didn’t have this so I never expected it. Despite this, I began by acting on stage and eventually moved to film.

What are your thoughts on the cinema industry in Sri Lanka?

It is quite unfortunate; currently there are several issues. Before Covid, for the last 10 years, even though there is a State Film Corporation, I don’t think they have done anything to remedy the issues in the industry. They have no plans, nor has any government paid serious attention to the industry, or had any plans to develop it.

For the last 10 years, you could see the industry worsening, and there are lots of international movies being imported – which is good, we need competition. But even with that, there has to be support for local producers and directors. To go into the international market, movies need a heavy budget, but there has been no support for our filmmakers.

Nevertheless, there are lots of young people who are getting interested in the local cinema industry, but I don’t know whether we have enough opportunities for them. Since Covid, the whole industry has gone down and lost a lot of money.

What was the most memorable moment of your career?

I had the opportunity to go to the Cannes Cinema Festival, as one of the movies I acted in, The Forsaken Land (Sulanga Enu Pinisa) by Vimukthi Jayasundara, won the Camera Door Award. I was able to attend the award ceremony, which was a major event in the cinema world, and I was on par with all the cinema directors and actors which was quite memorable.

Vimukthi Jayasundara’s second movie, Between Two Worlds (Ahasin Wetei), was shown at the Venice Film Festival and I was able to walk on the red carpet, which was also a nice moment.

Another moment was when I won 6-7 awards for the movie Scent of the Lotus Pond (Bora Dhiya Pokuna). I won all the awards for best actress in all the festivals in Sri Lanka and in the South Asian Film Festival as well. 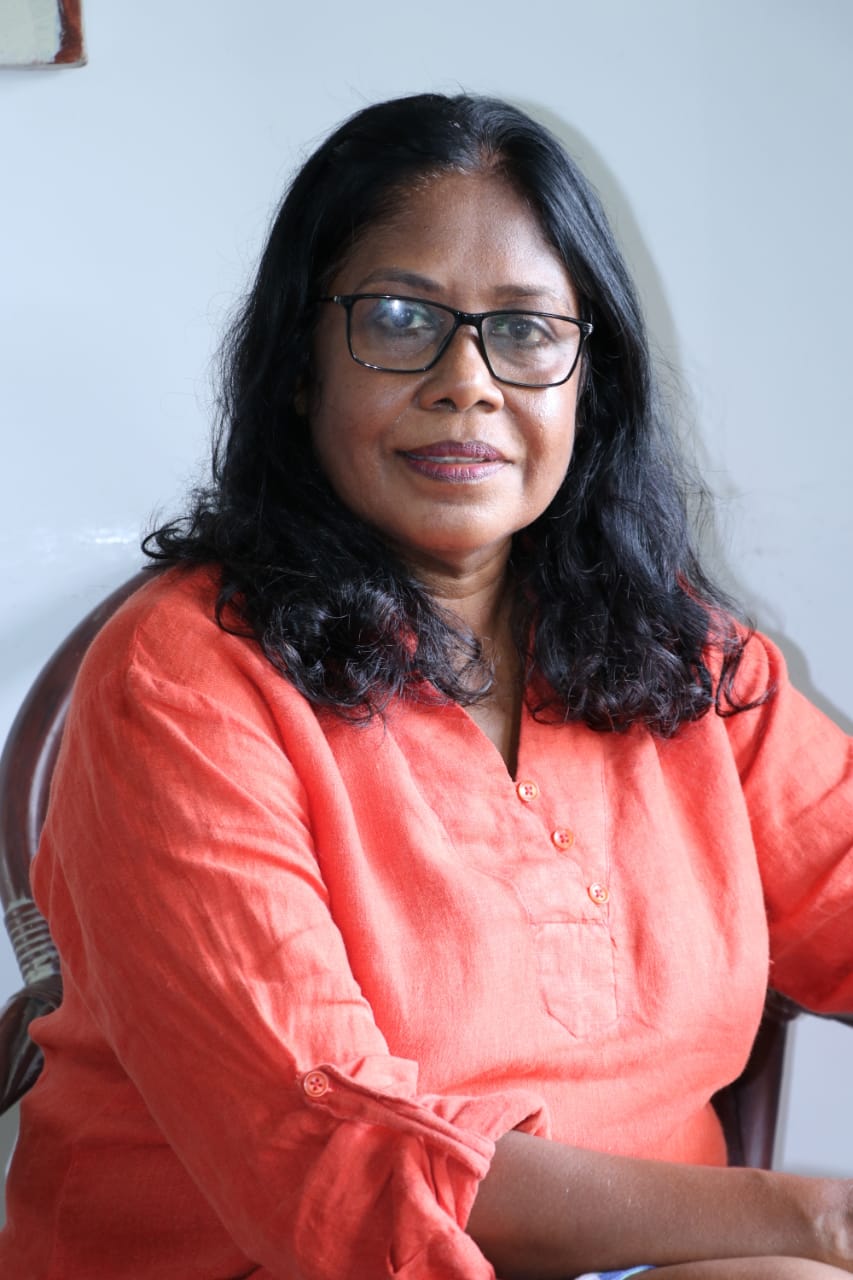 How did you fare with the pandemic?

It was terrible. At the beginning, I was happy because my husband and the whole family was at home; we were together doing things with the children. We had the opportunity to do lots of things we were unable to do because of our busy schedules. We thought the pandemic would blow over and life would go back to normal, but it never did, and as artists we are stuck.

We work with young actors in our institution, and they have been living in the children’s theatre that we do and show around the country. Suddenly everything stopped and these actors were lost.

My two kids are studying online; which I think is a useless way of studying. They are too small to go through such a way of studying that has no interaction with other human beings.

All these things make us frustrated day by day. We don’t know what exactly is happening with the country; whether there is Covid and to what extent. We can’t go out freely; we can’t even go out for a break.

At the moment, I am rehearsing for a play, but I don’t know if I’ll be able to perform on the day we planned, because there may suddenly be a lockdown.

Tell me about your role in Renaissance Sri Lanka?

Renaissance Sri Lanka will be launched in October as a webinar by the title “Paving the way for an empowered Sri Lanka”.

With the current Covid situation, there are so many things we can do for the children. Many children are suffering because they don’t have proper devices or Wi-Fi to get educated. When you say education, it’s not only the traditional way of educating people in the classroom.

Theatre is a tool to teach both young and old people; myself and the other participants are involved as a creative team where we can go and use our experience to educate the world about the environment, humans, living together, and humanity. I think the whole world needs to be taught from the beginning; the whole world has gone mad, and our country can do a lot to change this.

How is it being an activist in Sri Lanka?

I wouldn’t call myself an activist. I speak up when things are unfair and I want to say something about it. As a person with a conscience, I used to go and take part in protests. This can only be done when there is some kind of democracy, but when there is no value in democracy there is no point.

I’m a mother and I can’t sit at home when certain things are happening, but because I’m a mother, I have to sit at home for my two children. People don’t understand or respect anything; there is no democracy. I’m not an activist, but I feel for people who are harassed and tortured.

Do you have any projects coming up in the future?

We have been trying to do a children’s play for the last two years, but every time we get our act together, there is a lockdown or they’ll inform us to stay at home.

It’s difficult, this year was the second time we had to postpone. We are trying to start again in August; hopefully we’ll be able to do at least one show. We all have plans, but we’ll have to wait and see.

July 10, 2019 bythemorninglk No Comments
Che Che’s Dumplings were around for more than three years, and took a small break some time ago. But guess what! They are back now!

Mastering Mediocrity: The taboo of mental illness in South Asia

July 1, 2021 byNews Admin No Comments
“Healing takes time and asking for help is a courageous step,” said Mariska Hargitay, but unfortunately for ones living in the South Asian community, asking for help has more to do with giving up thei