The craft of makeup 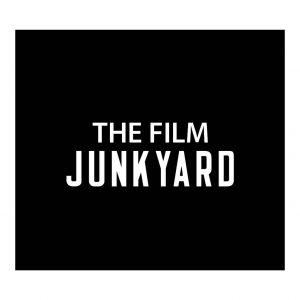 Lois Burwell, the Academy Award winning makeup artist whose career spans over many movies and two decades, and a frequent collaborator of Steven Spielberg shared her entire process of makeup from prep to production with Junkyard Theory a few weeks back. This episode is filled with tons of wisdom applicable to any field.

Entry to the industry

When asked about her origin story, Lois stated that she did not attend any makeup or film school because chances were limited and there were no film schools at the time. She began learning artistry from her seniors and through experience. She admitted that she did not want to work in television. Lois grabbed every opportunity she could find, even volunteering to help the film students for free.

How does the process start, and where? 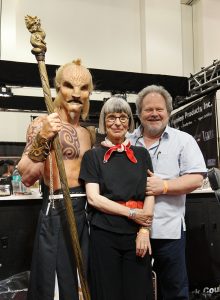 Lois divulged that her process of makeup begins with the first step of reading the script but not from the makeup perspective. She stated that it’s important to have a proper idea about the story first. Then as the next step, she would reread it specifically from the main characters’ point of view and make notes as to what their journey is from a makeup perspective. She also stated how important it is to be able to grasp the setting at this moment. If the script contains less information than she requires, she would consult with the director after creating a mood board in order to convey her idea more effectively. Lois believes dovetailing everything to serve the director’s vision is what they (film crew) are in charge of.

“It is important to have an understanding of what you need to do.” Lois stated that she tries her best to gather the necessary details when they have their first meeting with the director as it helps her to figure out what kind of makeup the characters need, highlighting the changes in their character arcs and even physicality. Next, she talks to the production designer before she meets with the costume designer and cinematographer as they hold a special place in staging the characters to the audience.  She further stated that continuity is important to a makeup artist when it comes to nonconsecutive shooting schedules and she makes a point to take as many pictures as possible. 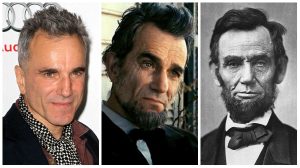 Lois talked about how difficult it was to recreate Lincoln’s look to the point where the audience doesn’t notice any flaws. She emphasised that the most challenging makeup were the ones where she has had to recreate people from history due to the fact that people know what someone as popular as Abraham Lincoln looked like. Furthermore, she had to find a common ground where the actor can perform without being distracted or hampered by the makeup. 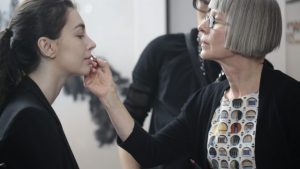 In Lois’ perspective as an observer, she mentioned how good Spielberg is at his visualisation skills. He loves to try a variety of things on set. “Grow and go to unchartered territory day by day.” Having worked with Spielberg on Saving Private Ryan, she relayed the story on what went into creating the battle scene on the beach.

Lois also compared a film set to an orchestra. “It is more like everyone playing in an orchestra, you have to understand everyone’s part to actually hear the whole piece.”

Pebbles rounded by the friction

Having been in Hollywood for as long as she has, Lois talked about the film experience in a very positive note. She met her husband, John Toll on the set of Braveheart and they two won Oscars the following year in their categories at the same ceremony. At the base of it all, Lois emphasised that being in film, you want to be around people with good vibes since filming sometimes goes on for months.

And it always helps to stay grounded. People who arrogantly believe they are the best fail as a result of this circumstance, because most of them believe their education ends after they graduate. Lois encouraged upcoming filmmakers to keep busy, trying their hand at every project they can in order to gain experience and build their portfolios.

The full interview with Lois Burwell is on the Junkyard Theory YouTube channel.

August 19, 2021 byNews Admin No Comments
Paired, a social media-based handmade shoe business, has given new meaning to comfort. The founder has always been a massive footwear fanatic, so she had always been interested in the latest trends. S

December 6, 2020 byNethmi Liyanapathirana No Comments
With Covid-19 having entirely monopolised 2020 and most likely continuing to overstay its welcome through the Christmas season and beyond, there is a lot of uncertainty around this season.