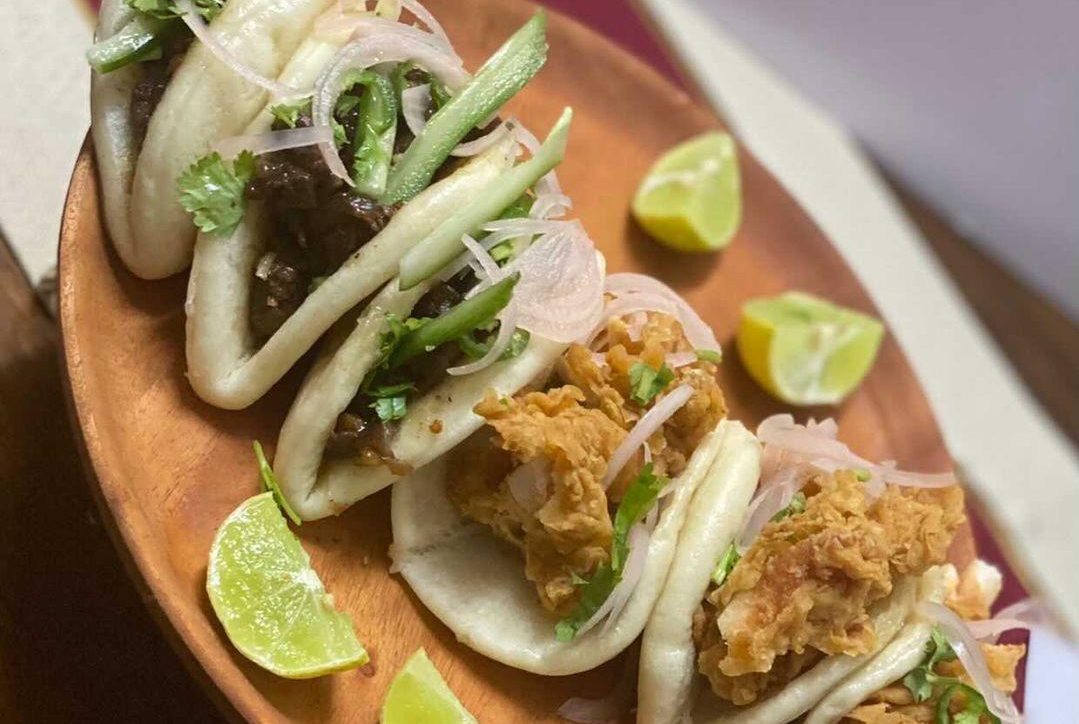 The Culture Platter: ‘We’re not drooling, you are’ 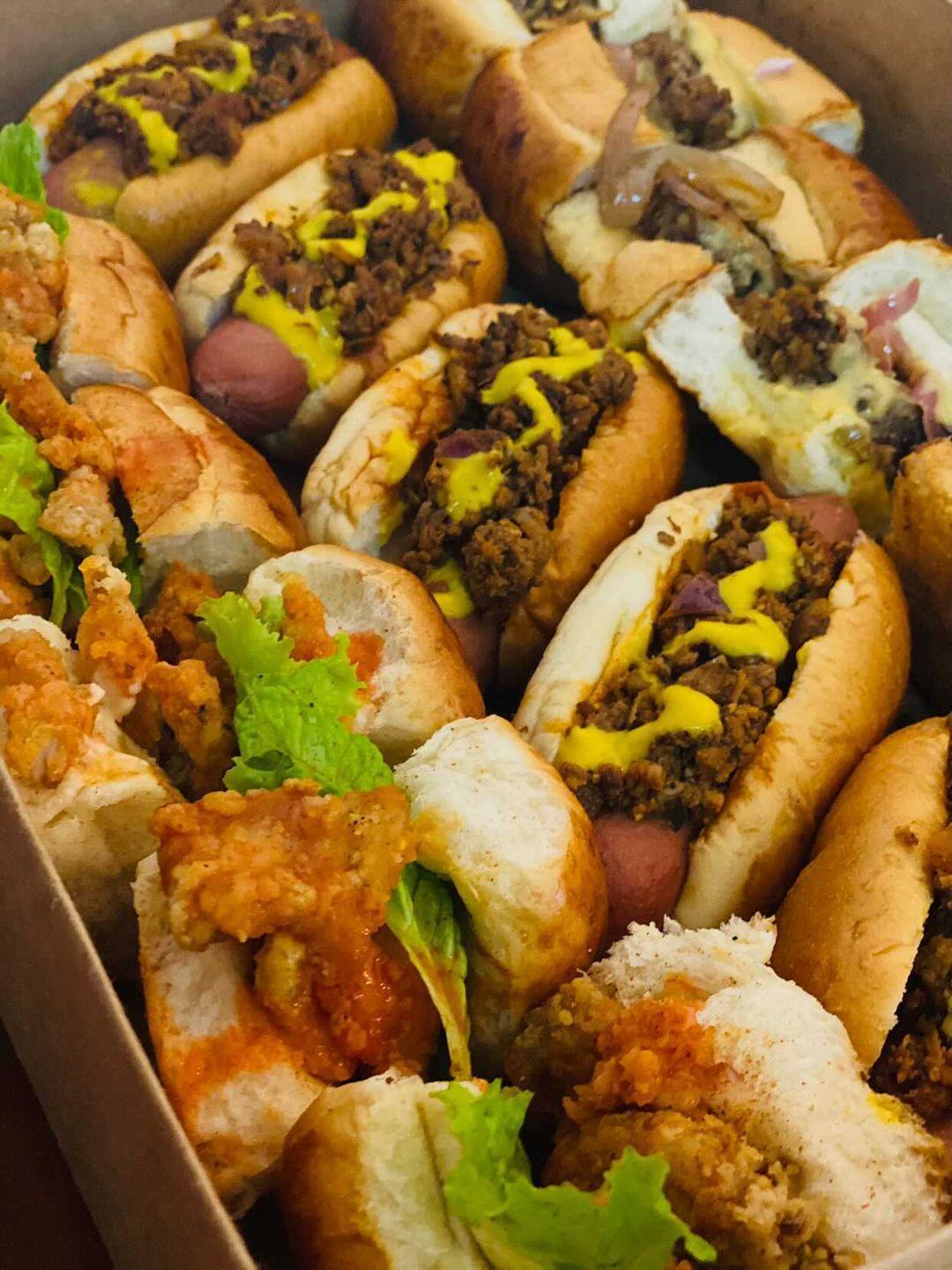 The Culture Platter, run by Salma Rauff Afzal, is another lockdown-inspired online kitchen. Salma has been baking since a very young age, and eventually discovered that she preferred the savoury side of cooking. After experimenting with food for a while and distributing it to family and friends, and receiving compliments and encouragement to start her own brand, she finally went about it and launched The Culture Platter.

We asked her why she decided to create dishes from all over the world, to which she said that once she has tasted a dish, she gets bored of it, so she wanted to offer customers a variety to choose from. Her food is halal-certified, so anyone can enjoy it! She also mentioned that her husband has been a steadfast source of comfort for her, is constantly urging her to try out new dishes, and showers her with compliments, as do her close family and friends.

We had the chance to try out some of her signature dishes. We tried the Nashville chicken slider and the New York chilli dogs from their bun station, the sweet heat Korean chicken wings from the wings and things section, the chicken and beef bao wow with a homemade katsu sauce, and for dessert peanut and caramel chocolate cake.

As you can tell from the creative names on the menu, their products are from all over the world, living up to their name, “The Culture Platter”. Being huge fans of Korean chicken wings, we dug into those first; these deep-fried chicken wings were well seasoned and drenched in their homemade Korean sauce and topped with sesame seeds. I’ve had Korean chicken wings from almost every Korean restaurant in the country and these wings definitely lived up to restaurant standards, especially considering the sauce is homemade.

I found out that Salma and I have something in common: We both share a love for Mukbangs, which are Korean shows where a person sits down and eats a feast of food. She was inspired by the Korean wings she saw on these Mukbangs and decided to recreate them with her own twist. The mild soy garlic sauce has a satisfyingly tangy profile, salty with a funky garlic base, while the spicy sauce does not fool around. It was well balanced between sweet and fiery, as we all know a good Korean chicken wing should pack some heat. Her chicken wing platter comes with 30 pieces, and costs a little over Rs. 3,000, which, again, having paid extravagant amounts of money to restaurants for these wings, I can say these are 100% worth the price she charges. 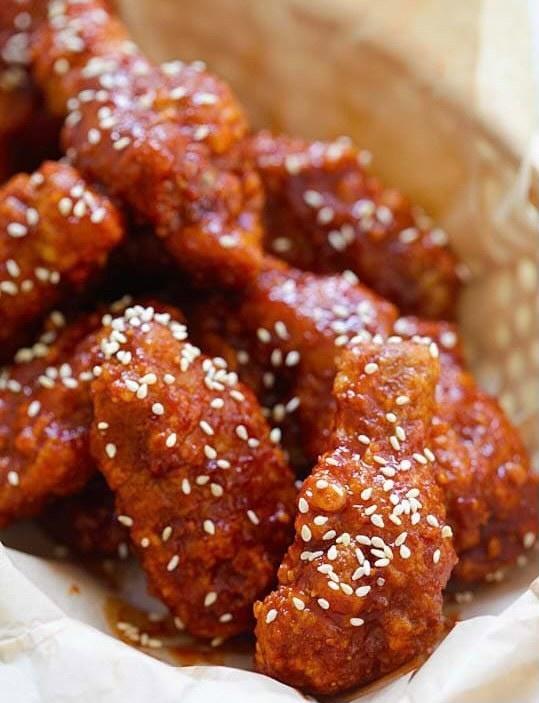 Next, we had the chicken slider – it comes with fried chicken coated in yet another one of their homemade sauces sandwiched between soft buns. One notable factor was the chicken. Taking into consideration how long it took for the food to get to us and the time it took for us to actually sit down and eat it, we were surprised that the chicken had retained its crispiness; there was a satisfying crunch with every bite, and even though it was coated with sauce, it was still flaky in the best way! The sauce is balanced off with gherkins, giving it a hint of tanginess. We must say, she has perfected the art of balancing flavours so nothing is overpowering; it’s just a delight on the tongue.

The New York chilli dogs are also a cultural masterpiece; the buns were incredibly soft with almost a cloud-like texture and came with a huge bockwurst topped with Michigan beef and another sauce. The German sausage, traditionally made from ground veal and pork, was juicy when bitten into, and combined well with the ground meat that was in the chilli. Considering it’s called a chilli dog, we thought it would have a spicy kick, but it was actually more on the neutral side. A typical chilli dog is topped with an onion sauce, a sweet and tangy combination of sautéed onions, ketchup, cinnamon, chilli powder, and cayenne pepper, which is packed with flavours, but on the Lankan tongue, it may lack some spice. Having spoken to Salma, we can tell you she’s more than willing to listen to all your requirements, so if you were to ask for a spicier touch, we’re sure she’d be more than happy to comply.

We had both the chicken bao and the beef bao. Talking about the bun itself, it did lack a bit of sweetness that bao buns usually have, but that’s not to say it wasn’t tasty. It was still soft and still maintained its texture even after being generously dipped in the katsu sauce. Both were filled generously and were incredibly flavourful, but we have to say the beef bao was a favourite. Beef on its own has quite a unique flavour, and is juicy and absorbs flavours better, so in combination with the toppings, the buns disappeared in no time!

Lastly, for dessert, we indulged in her decadent peanut cake; Salma told us that this cake was an impulse addition to the menu. “I was never a fan of peanut butter, but I saw this recipe online and decided to try it. I sent a complimentary slice to a lady who ordered a platter and she loved it so much that she purchased two whole cakes the next day. That’s when I decided to put it on the menu.” We share the sentiments of this lady; we could not get enough of it! The texture of the cake was perfect – not too dry, not too moist – and the peanut butter was so sweet that it almost tasted like caramel. Topped with a luxurious chocolate ganache, this cake was a great way to end such a filling meal.

Moreover, Salma has a range of Palestinian food items coming up soon, and told us to keep an eye on her page.

December 29, 2020 byNethmi Liyanapathirana No Comments
Zahara Usman, the creative soul behind Brouqs Cake on Instagram, has been baking for as long as she can remember. She has always enjoyed having her hands greased with butter and flour while concoctin