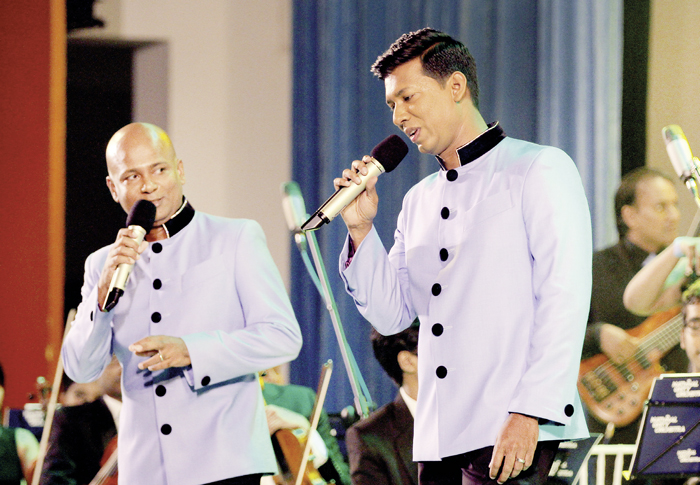 The De Lanerolle Brothers keeping it real with Sri Lanka 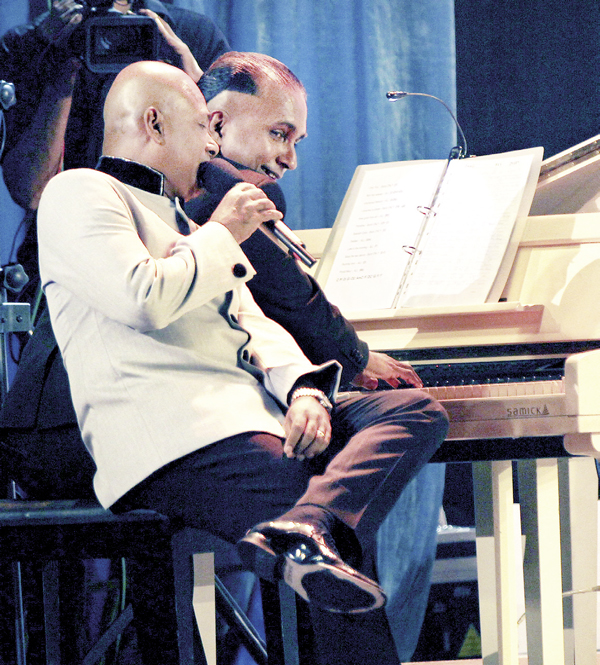 Throughout these 10 years, they achieved an unbelievable amount of success and a great following amongst people both internationally and in Sri Lanka.

In commemoration of this decade-long endeavour, they gift not themselves but their devoted audience with another decade of concerts, each one selling out at the speed of light.

On 2 September, the seventh of these great shows was held in the main hall of BMICH, ringing with the sorrow of their performances coming to an end, but bursting with the joy and wonder that is exclusive to the brothers, nevertheless.

Although it was the seventh show of the series, it marked a first for the brothers and their viewers as well, as they were accompanied by the National Unity Orchestra for the first time in Sri Lanka.

The orchestra was a truly wonderful accessory to the brothers in their semi-circle formation, overflowing with elegance in their monochrome attire, and was filled with incredible talent from string to percussion.

They started off the show with a supreme amount of energy, entering from down the centre isle of the hall, much like the Rhinestone Cowboys themselves. From the first moment they uttered a word in tune, they had the entire audience in captivity and not a single person was the least bit inclined to risk turning away even for a single moment.

What was truly stunning about the duo was just how easily they were able to capture the complete attention of a fully packed audience – an audience which was a substantial mix of people of all ages, from teenagers to their grandparents. It didn’t at all matter that their selection of music was from time long past.

Even those who had never heard these tunes were completely enthralled with the brothers when they presented them.

Indeed, those that came with no expectation of being interested were the first to commence applause.

Every time one looked around, lips were moving in tune, singing along to the incredible performances of Ishan and Rohan De Lanerolle.

Their engagement with the crowd and the humility they exhibit through their light-hearted humour, most often directed at themselves, is actually incomprehensible.

But that is in fact much the reason they are so loved by all.

Out of the two, onstage, Rohan is more the energetic one, making the audience laugh with his humour and showing off his hidden talent – conducting the orchestra – while Ishan has more of a silent and collected demeanour.

Together, the two are a real dynamic duo that can lift the spirits of the unhappiest person.

With their talent and personas combined, it is no wonder that the entire country holds the name “De Lanerolle Brothers” in the highest of esteem.

October 4, 2020 bythemorningeditor1 liberty No Comments
The Sri Lankan leopard (Panthera pardus kotiya), a beast with a tawny yellow coat adorned with dark spots and close-set rosettes, and a more eye-catching veneer as opposed to the commonly cited Indian

July 14, 2019 bythemorninglk No Comments
the UNPF together with HelpAge Sri Lanka and the Ministry of Primary Industries and Social Empowerment brought together international policymakers to discuss “feminisation of ageing” in Sri Lanka.