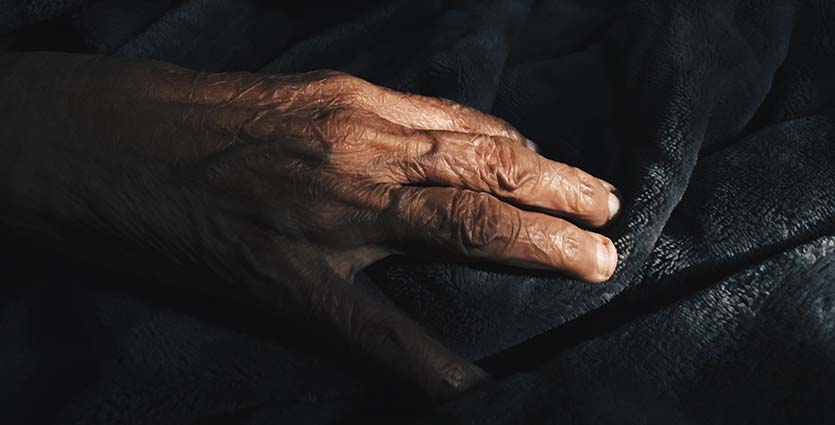 This year’s World Population Day fell on Thursday, 11 July, and the United Nations Population Fund (UNFPA) together with HelpAge Sri Lanka and the Ministry of Primary Industries and Social Empowerment brought together international policymakers onto a single platform to discuss “feminisation of ageing” in Sri Lanka, in line with a series of high-level policy dialogue on population ageing, titled “Ageing Without Limits”.

The discussion focused on the gender dimensions of population ageing, sexual and reproductive health, and social protection issues.

“Preparing for an ageing population is vital to the achievement of Sustainable Development Goals (of the United Nations Development Programme). Sri Lanka should ensure healthy lives and promote the wellbeing of all citizens at all ages, including older women.”


The Sunday Morning Brunch got in touch with UNFPA Representative Ritsu Nacken, who provided an in-depth look into the issue of “feminisation of aging” and the purpose of such conversations, including the importance of raising awareness about the issues related to population ageing, primarily in Sri Lanka because it is still not considered an urgent issue. According to Nacken, many people seem to have a negative impression towards population ageing although it is actually a triumph of development.

She revealed that in Sri Lanka, the majority of the population consists of women and the life expectancy of women is higher than that of men.

Nacken said there are many challenges faced due to this particular fact and one critical issue relates to how women spend their lives before they reach old age.

The female labour participation rate in Sri Lanka has been very low (35-37%), which means most women spend their productive years occupied in unpaid work in the informal sector or unpaid care work. This leaves women economically vulnerable as they get older. Many older women are faced with the challenge of caring for other family members – both young and old – while also facing financial issues.

Moreover, many women face health-related problems, particularly if they do not take good care of themselves earlier in their lives. Often, healthcare systems focus on women of reproductive age and neglect the health issues relevant for older women – issues including menopause and sexual health.

She also added that rather dishearteningly, the negative image of older women leads to discrimination and abuse. She said this thinking pattern should be changed, as older women too can contribute to society in many ways through their wealth of knowledge and skills, and this opportunity should be maximised for the benefit of the country as well as women themselves.

HelpAge Sri Lanka Communications Manager Ananda Kannangara, who also spoke of some of the primary issues faced by the aging population in the country, noted that “there are many health concerns that seldom goes addressed or resolved, such as not receiving geriatric health services, non-communicable diseases, vision impairment, mental health problems, Alzheimer’s disease, etc.”. He also added that there are many other aspects where the elderly go unnoticed:

. Economic – lack of income to live and high poverty level among elders, no loans are issued by banks or financial institutions for elders who are above 60 years

. Social – lack of priority given to elders at public places, especially in hospitals, and lack of public awareness on elders’ rights

. Psychological – loneliness, lack of care even by their own children, mental stress, lack of counselling services provided by health officials

. Disasters – no special care is provided for elders during disasters (natural or otherwise)

However, according to the UNFPA Representative, the Government of Sri Lankan has been working on issues relating to population ageing and developed a number of relevant laws and policies, but the policy response to ageing is still in an early stage.

As the Secretary to the Ministry of Primary Industry and Social Empowerment noted at the policy dialogue, ageing policies should pay attention to the gender aspects of ageing. The Government supports elder care homes and the elderly population through medical and financial assistance programmes. The private sector also operates a number of care homes and health facilities targeted towards the wellbeing of the older population. The UNFPA, through dialogues such as “Ageing Without Limits” brings together all stakeholders to continuously advocate on the need to harness the opportunities of Sri Lanka’s ageing population. 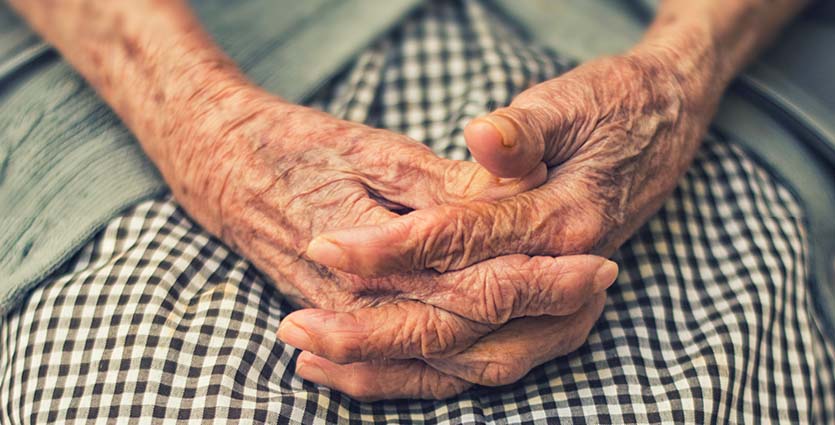 If women are prevented from accessing resources and opportunities, a country cannot fulfil its potential, especially when women constitute more than half of a country’s population. In particular, Sri Lankan women are well educated and are in relatively good health. They have a lot to contribute to national development if given the opportunity. Likewise, we need to look at older generations as productive resources to the country’s development; they should be given the opportunity to continue to learn and improve their skills (lifelong learning) and work in a flexible manner.

Nacken went on to discuss about the lifestyles of the majority of women in Sri Lanka, particularly the insufficiency of pension funds and the lack of savings amongst aging women in the island. However, she also mentioned that it is important to take a lifecycle as well as rights-based approach.

“For older women (or men) to lead a happy life, they not only need financial security, but also good health and an active social life. This means, younger women should have the opportunity to join the labour force, have their care work fully recognised, learn to stay healthy, and develop their social network.”

Furthermore, there should be a wide range of options for older women to select from as their preferred lifestyle, depending on their family situation, financial stability, health status, etc. Each individual should be empowered in a holistic way that responds to their needs and aspirations.

As explained, these issues are, of course, not exclusive to women; older men also face similar issues when they hit a particular age bracket. In fact, elderly men in Sri Lanka face more health problems than elderly women, with the life expectancy of a man being 72 years of age, as opposed to 79 years for females. Also, older men tend to face more challenges in having an active social life, perhaps due to the less opportunities given to develop friendship beyond their work place and other contributory factors.

Learn from other countries

There is a lot to learn from other countries, but one of the most important aspects is planning for an ageing society before it is too late. For example, Japan was rather late in seriously promoting women’s economic empowerment and addressing the issue of low fertility and population decline. While a country, such as in Sri Lanka, enjoys the benefits of a demographic dividend, a lifecycle approach should be adopted to maximise productivity, health, and wellbeing of young people who are eventually the generations that make up the future elderly population.

Similarly, policies and programmes should also be developed to address a wide range of issues, such as pension, healthcare, employment, housing, etc., which will become critical as population ageing advances. In doing so, active engagement of the public sector, private sector, civil society, and all partners would be imperative to reap the benefits of an ageing population.

January 6, 2020 byBernadine Rodrigo No Comments
Oesteoporosis and how it happens.

E-Thaksalawa vs. Guru Gedara: How effective are these resources?

November 22, 2020 byNethmi Liyanapathirana No Comments
With the presentation of the budget for 2021 on 17 November, it was shared that as the first step in educational reforms, there is a requirement to formalise the learning methodologies within schools.